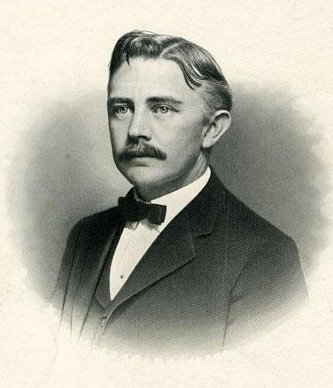 James Yadkin Joyner, educator, farmer, and North Carolina superintendent of public instruction, was a member of the generation of gifted educational statesmen who led North Carolina in an educational revival during the early twentieth century. He was born at Yadkin College in Davidson County, the youngest of seven children of John and Sarah ("Sallie") A. Wooten Joyner. His parents had recently moved to the western part of the state from their Lenoir County farm to escape the effects of the Civil War. Orphaned by age two, Joyner was reared on a farm in Lenoir County, first by his maternal grandfather Council Wooten, and, from age ten, by his uncle Shadrack I. Wooten. In later years, Joyner recalled the great influence on the development of his character exerted by his grandfather Wooten, a prominent planter near LaGrange and an influential Democrat. Wooten had served in the state house of representatives, at the Constitutional Convention of 1835, and on the Governor's Council (1860–62).

After studying under his grandfather and attending LaGrange Academy, Joyner entered The University of North Carolina at age sixteen and three years later (1881) was graduated with the bachelor of philosophy degree. He became a friend of classmates Charles B. Aycock, Edwin A. Alderman, and Charles D. McIver. In later years, the university awarded Joyner the honorary LL.D.

In the fall of 1881, he returned to LaGrange Academy to teach Latin and other subjects. From 1882 to 1884, he served simultaneously as principal of the small private school and as public school superintendent of Lenoir County. In 1884 he moved to Winston to teach at the newly organized graded school, where Charles D. McIver was principal.

After one year at the progressive Winston school, Joyner entered the Greensboro law school of Robert P. Dick and John H. Dillard. Admitted to the bar in 1886, he moved to Goldsboro to practice but after three years his interest in education prevailed. From 1887 to 1889 he served as chairman of the Wayne County Board of Education, and in the summer of 1889 he joined the band of educators led by McIver and Alderman who traveled across the state conducting teacher institutes and providing most teachers their first professional training.

While living in Goldsboro, Joyner married Effie E. Rouse, of LaGrange, whom he had known since childhood. She attended LaGrange Academy, was graduated from Peace Institute, and taught for a year before her marriage. The Joyners became the parents of two sons, James Noah and William Thomas.

In 1889 Joyner succeeded Edwin A. Alderman as superintendent of the Goldsboro Graded Schools. The chairman of the board of trustees was his old friend, Charles B. Aycock. As city superintendent for four years, Joyner gained valuable experience and a growing reputation as the leader of an advanced school system.

The next nine years (1893–1902) found Joyner in Greensboro as a professor of English and dean of the new State Normal and Industrial College (now the University of North Carolina at Greensboro). He also was employed by president Charles D. McIver to assist in training women to become teachers. Joyner was able to combine his love of reading and poetry with his interest in teaching methods and became increasingly knowledgeable in education and administration. He continued to take part in summer teacher institutes and, in 1896, served as president of the state Teachers' Assembly. Joyner spoke out on educational issues, defended the principle of state support of higher education, and became a frequent contributor to the North Carolina Journal of Education. In 1901 he lobbied successfully for revision of the school law, and that spring he served on the newly authorized textbook commission.

During his stay in Greensboro, Joyner was active in civic affairs and a variety of organizations. He was an alderman and mayor pro tem, a trustee of the Agricultural and Technical College, and a member of the Democratic party and the Junior Order of United American Mechanics.

In February 1902 Governor Aycock appointed him superintendent of public instruction. Joyner entered the job at age thirty-nine with a total of seventeen years of teaching and administrative experience. The selection of Joyner to fill the unexpired term of deceased Thomas F. Toon met with strong endorsement from his fellow educators, and he received a vote of approval from the people in five subsequent elections.

The most dramatic period of Joyner's administration came in his first two years (1902–4), during the fight for increased school support led by Aycock, McIver, and Joyner. The three men spoke at educational rallies throughout the state to encourage the consolidation of school districts, the adoption of local state taxes, the construction of better buildings, and the lengthening of school terms. By 1904 there had been marked improvements in the areas of special taxes, new buildings, rural school libraries, and school enrollment. In Joyner's opinion, an educational "revolution" had occurred with the awakening of public support for universal public education. 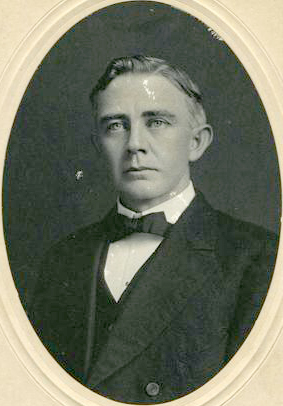 During his seventeen years as state superintendent, two goals held special importance for Joyner—better training for teachers and the availability of public secondary education. For the teachers, he urged the establishment of teachers' colleges, better organization of institute work, a uniform state system of certification, and increased funds for black normal schools. Joyner called for the development of public high schools that would provide education not only for college-bound students, but also for the majority who were preparing for everyday life and citizenship. In order to adapt the work of rural schools to the local environment, he emphasized the need for the teaching of agriculture. He sought special facilities at rural high schools for the training of farmers and homemakers. Through these farm life schools, as they became known, Joyner hoped to fulfill his goal of preserving and improving the quality of rural life.

Although there continued to be deficiencies in some areas, there was notable progress in public education from 1902 to 1919, as Joyner's Biennial Reports recorded. At his urging, legislation was passed to establish teacher-training schools at Boone and Greenville (now Appalachian State and East Carolina universities), to consolidate the black normals into a more effective system, to provide the basis for a state system of teacher certification, to encourage the establishment of high schools, to promote the teaching of agriculture, and to establish mild regulations for compulsory attendance. In addition, Joyner strengthened and raised the prestige of his office, which provided increased services and numerous publications to aid school administrators and teachers.

A fundamental change in public attitudes had taken place during Joyner's tenure. Increased public support for a statewide system of public schools was reflected most notably in the increase of revenue for schools from local taxes. The state also broadened its financial responsibility. For the first time, the state appropriated money for the support of secondary education, and (in the farm life schools experiment) for vocational education. At Joyner's insistence, the legislature confirmed and extended state responsibility for teacher training. In the area of black education, he defeated efforts to require the division of school funds by race. Towards the end of his final term, an educational study commission was created to study the existing system of schools and to help plot the course for future development.

The last year of Joyner's service as state superintendent witnessed what has been termed his "crowning achievement." In November 1918 the voters approved a constitutional amendment that raised the required minimum school term from four to six months. In December 1918, at age fifty-six, Joyner made public his decision to retire, and in January 1919 he bequeathed to his successor, Eugene Clyde Brooks, plans for implementing the new six months requirement.

The progress achieved from 1902 to 1919 was due in part to the confidence inspired by Joyner's leadership, to his optimistic but moderate approach to change, to his efficient and honest performance of duty, and to his endorsement of financial aid from outside sources such as the Southern Education Board. In the opinion of contemporary Nathan W. Walker, Joyner was motivated in his fight for educational progress by an "intense desire to serve his people."

While state superintendent, Joyner was active in the Conference for Education in the South, the Association of Southern State Superintendents, and the National Education Association. He served terms as president of each of the organizations and made numerous addresses at annual meetings.

Joyner's retirement from school work in 1919 and his temporary return to his LaGrange farm drew him into a new career as farm leader and organizer. He became involved in the promotion of southern tobacco and cotton cooperatives, returning to Raleigh in 1922 as president of the North Carolina Tobacco Growers Association. From 1926 to 1932 he was a successful sales agent for the Prudential Life Insurance Company. Shortly after the death of his wife, Joyner returned to Lenoir County to personally manage his farms.

During the 1920s and 1930s Joyner remained highly interested in educational and farm problems, serving on state commissions concerned with adult education and with agricultural credit corporations. In the 1940s and 1950s, he was acclaimed the "grand old man of North Carolina education." He received tributes from the U.S. Commissioner of Education, the state Board of Education, and the state Grange. His hometown celebrated "Dr. J. Y. Joyner Day," and the Raleigh News and Observer honored him as "Tar Heel of the Week."

Joyner died at age ninety-one and was buried beside his wife in Oakwood Cemetery, Raleigh. Three years later, a portrait was presented by his family to Meredith College, which he had served as trustee for fifty-four years.