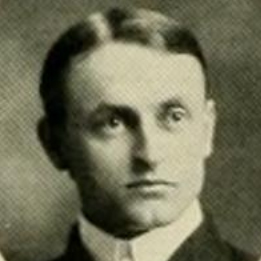 Nathan Wilson Walker, professor and educator, was born at Poplar Branch, Currituck County, the son of William Henry and Anthea Ellen Walker. He was graduated from The University of North Carolina in 1903 and received the Ed.M. degree from Harvard in 1921. In 1903 he became superintendent of the Asheboro public schools, serving until 1905, when he was appointed professor of secondary education at The University of North Carolina and state inspector of high schools. He was state high school supervisor for the State Department of Education from 1907 to 1920. Also in 1907 he revived the summer school program at the university and then served as its director for twenty-seven years.

He was active in the Southern Association of Colleges and Secondary Schools, which set educational standards in the South. He served as secretary (1912–16) and chairman (1924) of the association's Commission on Accredited Schools of Southern States and was elected president of the association in 1925. Walker became a member of the board of trustees of the North Carolina College for Negroes in Durham in 1925 and served as chairman of the board of governors of The University of North Carolina Press. He was a member of the Methodist church, the Democratic party, Phi Beta Kappa, and Phi Delta Kappa.

Walker married Eva Pritchard on 29 Dec. 1903, and their children were Mildred, Katherine, Thomas Henry, Nathan Wilson, Jr., and John Anthony. He died at his home in Chapel Hill and was buried in the Chapel Hill Cemetery.