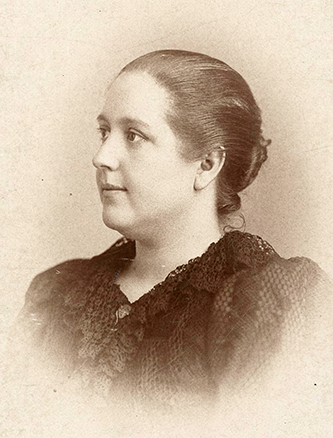 Lula Verlinda Martin McIver, educator and wife of the founder of the University of North Carolina at Greensboro, was born in Salem, the daughter of Dr. Samuel Martin, a physician and dentist whose office was a block from Salem Academy. Her mother, Verlinda Miller Martin, was an honor graduate of Edgeworth Seminary in Greensboro. The family moved to Missouri when she was two and she received her early education at home. Feeling deprived, however, at age eight—at her request—she entered public school and was placed in the fourth grade. She returned to North Carolina in 1875 and was graduated from Salem Academy in 1881. She then conducted her own one-room school, worked at the Oxford Orphanage, and taught at the Winston Graded School.

At the Winston school she met Charles Duncan McIver in 1884. In the same year they both attended the summer normal school at The University of North Carolina. They were married in 1885. Considering a wedding ring a badge of slavery, she refused ever to wear one.

Having been thwarted in her desire to study medicine because of her sex, Lula McIver joined her husband in his crusade to provide higher education for women. When Charles McIver and Edwin A. Alderman were appointed to direct the teachers' institutes, she stayed in Raleigh to teach at Peace Institute. When she was free, however, she often accompanied Charles as he traveled around the state. She cleaned up the courthouses in which classes were held and frequently assisted him with the teaching.

The McIvers moved to Greensboro in 1892, when he became the first president of the State Normal and Industrial School. Mrs. McIver entertained visitors to the campus and participated in civic organizations. She served on the board of directors of the YMCA and with her husband founded the Woman's Association for the Betterment of Public School Houses. The purpose of the latter group was to improve the appearance of classrooms and grounds and to campaign for regular and compulsory school medical examinations.

After her husband's death in 1906, Mrs. McIver continued to live in their residence on the Greensboro campus until her death. The McIvers were the parents of four children: Annie Martin, Charles D., Jr., Verlinda Millie, and Lula Martin. 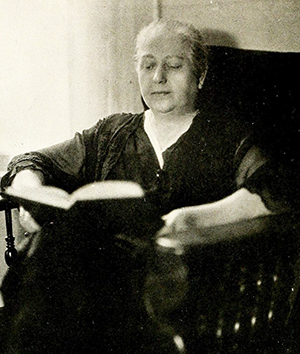