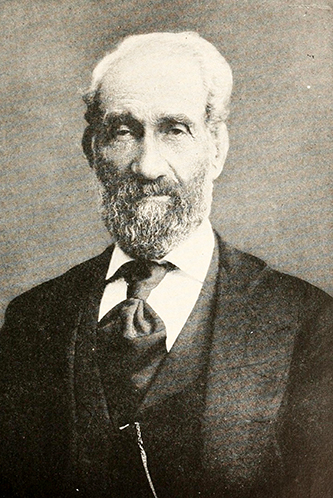 Allison Francis (Frank) Page, was born at Oaky Mount, a tobacco plantation in Wake County near Leesville, about twelve miles north of Raleigh. He was of English ancestry, having descended from John Page who migrated to Virginia. Frank's father was Anderson Page, who married Mary Hayes. His paternal grandfather, Lewis Page (m. Sally Justice), and great-grandfather, Edward Page, came into the wild and hitherto untamed region of North Carolina and had been associated with Lewis and Clark, who made the brave trek westward. They were motivated not only by the desire for more land, but also for greater freedom from ritualistic worship than they had been allowed in the colony of Virginia.

Frank Page was born of an interesting family consisting of ten children. Anderson Page was financially able to send his children to college and several of them graduated, but Frank Page was not a college-bred man. His domineering, independent, pioneer nature led him into the vast virgin forests of North Carolina to harvest naval stores and operate huge lumbering outfits. He realized much wealth from his logging operations, rafting the timbers down the Cape Fear River to Fayetteville, his headquarters, and on to Wilmington, an important port of the Carolinas. Page became a citizen of no small means, only to lose one fortune and be $10,000 in debt in his middle fifties. Of tremendous physique, he possessed the immense strength and endurance that was typical of the rugged Page breed. He was an energetic builder and developer with an adventuresome nature—a statesman who desired to make America a great place to live in. Of a keen intellect, intensely religious, and a staunch prohibitionist, he was admired for his candid, just, and uncompromising opinions rendered freely in situations where others dared not speak up.

His home, known as Pages, was an example of some of the finest architecture of the era. Frank Page became the first mayor and postmaster of Cary, a small village about twelve miles west of Raleigh. He had an intense interest in education on behalf of the people of this town and was instrumental in founding the Cary Academy. The lumber used to build the two-story frame structure of the Cary school was prepared at his mill. Page had an active interest in politics, siding with the Whigs, who opposed slavery and secession of the South prior to the Civil War. Because he was such a great benefactor of the little town, many of the citizens wished to name it Page's Station, but he insisted that it be called Cary in honor of an outstanding prohibitionist whom he greatly admired.

In addition to the founding of Cary, Page is credited with establishing Aberdeen, in Moore County. Here he again became prosperous in logging the original pine forests and transported the logs on his own railroad. He located many sawmills and built two important railroads—one extended from Biscoe to Mount Gilead and the other from Aberdeen to Asheboro, towns in central North Carolina. He was a founder and philanthropist of the Methodist Home for Children in Raleigh. Desiring that the capital of his state should have a first-class hotel without a saloon, he constructed the Mansion Park Hotel. He was a large contributor in the building of churches for both whites and blacks wherever he went. 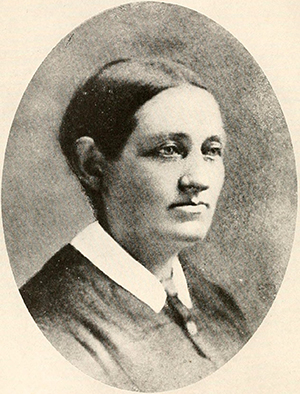 At age twenty-five, Page married Catherine Frances Raboteau (12 Nov. 1831–21 Aug. 1897), on 5 July 1849. She was the daughter of John Samuel and Esther Barclay Raboteau of Barclaysville, near Fayetteville. Her parents were of French Huguenot descent. The blend of her intellectual, refined nature with her husband's venturesome and determined characteristics afforded a unique home of great culture and refinement. Straightforward living, patterned after their interpretation of the Bible, was the order of their home. They applied vigorous moral rules—yet seasoned with a sense of humor, mutual love, and respect—in the upbringing of the family.

Some people attain an unquestionable place in the world and receive distinction because of their own achievements. Others seem to have greatness thrust upon them. There are still others who become known because of the outstanding progeny that they beget. These people appear to genetically sort out a favorable combination of traits for their children and then meticulously train and inspire their offspring to greatness in their home life and produce citizens of near-genius caliber. The latter of these combinations of circumstances appears to have been true of Allison Francis Page.

Catherine and Frank Page's eight children became internationally known as statesmen, educators, ministers, and businessmen: Walter Hines was a brilliant scholar, noted editor, and respected U.S. ambassador to Great Britain during the presidential administration of Woodrow Wilson; Robert Newton became an eminent legislator, congressman, and banker; Henry Allison was the U.S. food commissioner under Herbert Hoover during World War I and had important railroad connections, building the line between Aberdeen and High Point; Junius (Chris) Raboteau became a prominent businessman and benefactor of Aberdeen; John W. was a distinguished physician; Jesse became a prominent clergyman of the Methodist Episcopal Church, South; Emma Catherine taught Bible in the North Carolina College for Women at Greensboro for fifty years; Mary Esther was fondly known as the family historian and philanthropist; and Frank, a noted engineer and businessman, was the founder and executive vice-president of Wachovia Bank in Raleigh. He was chairman of the North Carolina Highway Commission under Governor Cameron Morrison, and during his term of office North Carolina earned the title of the "Good Roads State."

Page died in Raleigh and was buried in the family plot in Bethesda Cemetery near Aberdeen.