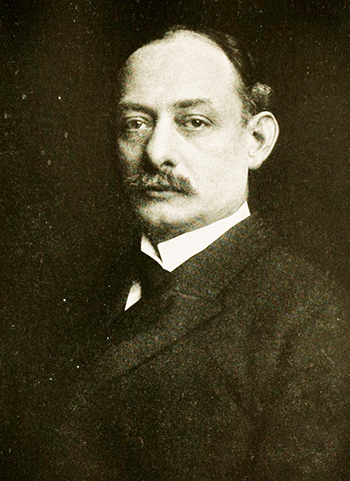 "Mummy Letters," four articles written from 1 Feb. to 6 Mar. 1886 by journalist Walter Hines Page for Josephus Daniels's State Chronicle (Raleigh), stridently called for changes in North Carolina's political, educational, and economic status quo. Page, a transplanted former editor of the Chronicle, was living in New York when he penned the epistles. With biting sarcasm, he argued that the reactionaries and Confederate veterans who controlled North Carolina were like the mummies of ancient Egypt-though "dead" and hopelessly out of touch, they held the state in their grip. "Our great lawyers, great judges, great editors," Page wrote, "are all of the past. . . . In the general intelligence of the people, in intellectual force and in cultivation, we are doing nothing." To reform itself, Page suggested, North Carolina needed "a few first-class funerals."

Page's first "Mummy Letter" aroused a storm of criticism. The Chatham Record declared that "if such men as [Senator Zebulon B.] Vance, [Senator Matt W.] Ransom, [Governor Alfred M.] Scales and the other leading men of North Carolina are 'mummies' and Mr. Page is a LIVE man, then please give us some more 'Mummies.'" The outraged Vance canceled his subscription to the State Chronicle.

Page's assault appears to have had little immediate impact on the state's provincialism, but his views influenced several progressive leaders, including Daniels, Judge Walter Clark, and Charles B. Aycock. While in Raleigh, Page had been the center of the Watauga Club, a group of forward-thinking North Carolinians who met regularly to discuss ways to improve conditions in the state. Although the Watauga Club was short-lived, the ideas it generated later became commonly accepted, and the efforts of Page and his peers are credited with the 1887 establishment of the North Carolina College of Agriculture and Mechanic Arts (present-day North Carolina State University) in Raleigh. Aycock, who was elected governor in 1900, told Page "that fully three-fourths of the people are with you and wish you Godspeed in your effort to arouse better work, greater thought and activity, and freer opinions in the State." The "Mummy Letters" played a significant role in forming North Carolina's more progressive reputation after 1900.