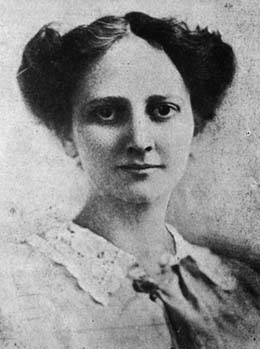 Harriet Morehead Berry, leader in the good roads movement in North Carolina and a civic and political activist, was born in Hillsborough, the daughter of Dr. John and Mary Strayhorn Berry. Harriet Berry's grandfather, Captain John Berry, a state legislator, building contractor, and architect, designed and constructed one of the first buildings at Wake Forest College, Smith Building (later the Playmakers Theater) on the campus of The University of North Carolina, the courthouse at Hillsborough, and other notable buildings in the state. He served in the state legislature and was a member of the North Carolina Secession Convention of 1861 and of the convention that restored the state to the Union in 1865.

Educated first at home by her mother and at the Nash-Kollock school in Hillsborough, Miss Berry entered the State Normal and Industrial School (now The University of North Carolina at Greensboro) in 1892 and was graduated with honors in 1897. She then took a position as instructor at the Oxford Orphan Asylum in Oxford, but after two years of teaching returned to the State Normal and Industrial School to take the commercial course. Completing the two-year course in less than a year, she was recommended by her instructor for a job as stenographer to Dr. Joseph Hyde Pratt, mineralogist on the North Carolina Geological and Economic Survey at Chapel Hill.

Harriet Berry began her work with the Geological and Economic Survey in February 1901. Although she was hired as a stenographer, she quickly became involved with many phases of the survey's work. Under state geologist Joseph Austin Holmes, the North Carolina Geological and Economic Survey had taken the lead in movements to encourage conservation and, particularly, to promote the building of better roads. Working with Holmes as well as with Pratt, Harriet Berry assumed much of the responsibility for providing the staff work on which the survey's technical investigations and its reform activities rested. In 1904 she was made secretary to the survey.

In 1906, Joseph Hyde Pratt succeeded Joseph Holmes both as state geologist and as secretary of the North Carolina Good Roads Association. Working closely with Pratt, Miss Berry became increasingly involved in the organization of the good roads movement on the state level. When Pratt went into the army in 1917, she became acting head of the survey, kept up the technical work of the office, and continued the agitation for active participation by the state in road construction. In 1919 she led the North Carolina Good Roads Association in an attempt to secure passage of a law creating a highway commission with authority and funds to construct a state system of hard-surface roads. The General Assembly failed to enact what she considered an adequate law, and she set out to strengthen her organization in anticipation of the 1921 legislative session. 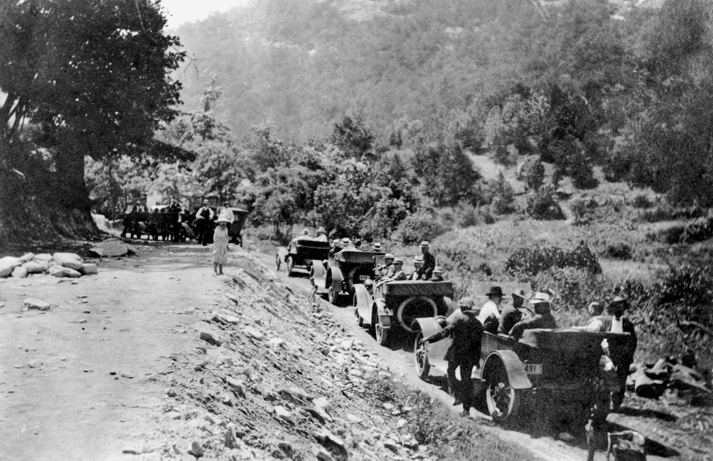 Between 1919 and 1921, Miss Berry spoke in eighty-nine of North Carolina's hundred counties and flooded the state with news releases, letters, petitions, and circulars. Through her strenuous efforts in those two years, she increased the membership of the North Carolina Good Roads Association from 272 to 5,500 and built its treasury from less than $2,000 to more than $12,000. Overcoming opposition from within her organization and from other good roads groups, she led a unified and enthusiastic good roads movement to the 1921 General Assembly and emerged with a road law that created a powerful state highway commission and committed North Carolina to the construction of a state system of modern highways. Generally recognized as the guiding spirit behind the road law of 1921, she was hailed by the Raleigh News and Observer as "the best woman politician in the state."

In 1921, Miss Berry left the Geological and Economic Survey, in part because of a change in administration and in part because of bitter feelings resulting from the fight for the road law of 1921. In 1922 she joined the staff of the Greensboro Daily News as editor of the Department of Industries and Resources. Through her newspaper work, she campaigned for better schools and for the creation of an organization to advertise North Carolina's advantages for industry, tourists, and settlement and to promote the orderly development of the state's resources. In 1924 she became secretary of the North Carolina Credit Union Association, which encouraged farmers to form local cooperatives, pooling their financial resources to create a fund from which members could borrow at a cost substantially below bank interest rates. She joined the North Carolina Department of Agriculture in 1925, employed initially as editor of the department's Market News and then as director of publicity for credit unions. In 1927 she became state superintendent of savings and loan associations, continuing in that position until poor health forced her to retire in 1937. 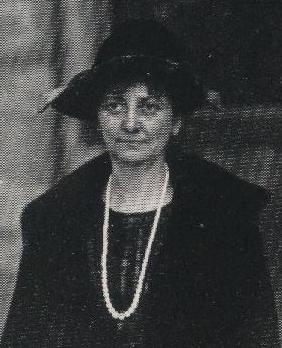 Miss Berry then returned to her home in Chapel Hill, keeping up her old interests to the extent her declining health would allow and beginning both an autobiography and a history of the good roads movement in North Carolina. She died in Chapel Hill in 1940 of heart trouble and complications. An Episcopalian, she was buried after a graveside service in the Chapel Hill Cemetery.

Harriet Berry was a lifelong Democrat, serving her party on local, state, and national levels. She was a member of the state Democratic executive committee and a delegate at large to the Democratic National Convention of 1924. She was a member of the Legislative Council of Women in World War I and was a supporter of woman suffrage, serving as head of the Chapel Hill Equal Suffrage League and at one time as vice-president of the North Carolina Equal Suffrage League.

Harriet Berry's friends remembered her as a delicate woman of refined tastes, with a strong but quiet voice and the hands of an artist. She was also a person of inflexible will and a skilled political infighter. To one prominent politician, who crossed her in the campaign for the road law of 1921, she remained "that waspish woman." In Harriet Berry's personality, a love of poetry and music mixed somewhat incongruously with intense ambition and an amazing capacity for hard work. This personality, in turn, was guided by an intellectual and moral conviction prefigured in her honors address as a college senior, "The Jingle of the Guinea." In this essay, which was printed in several North Carolina newspapers and long remembered in the state, she argued that the health of a society lay in the well-being of all its members, not in the wealth of a minority. The conviction that she labored for the benefit of the people sometimes led Harriet Berry to blur the distinction between her cause and her ego and occasionally warped her judgment of those who sincerely opposed her. Her central role in the creation of North Carolina's highway system and her long years of public service, however, are eloquent testimony to her vision of a life dedicated to the service of her state.

Harriet M. Berry, The Development of a State Policy in Road Building in North Carolina (1921)

Automobiles, thought to be part of a caravan organized to illustrate the need for better roads, pause at Hickory Nut Gap near Asheville, 1916. North Carolina Collection, University of North Carolina at Chapel Hill Library.

Courtesy of the North Carolina Transportation Hall of Fame