The Raleigh News and Observer, dating to 1865, has been one of North Carolina's most influential newspapers for more than a century, particularly regarding state and national politics. Before wire services became the norm, news reports from the News and Observer were routinely clipped and reprinted in other North Carolina dailies and often made the subject of editorial comment. As the daily paper in the state capital, it has served as a constant gadfly, tormenting inattentive or incompetent government officials at every level. Through the exuberance and vision of its longtime owner Josephus Daniels and his descendants, the News and Observer became the primary source of news and information for North Carolinians as well as a state leader in the technological advances in journalism. Its staff has boasted some of North Carolina's most outstanding journalists, including Sam Ragan, Herb O'Keefe, Nell Battle Lewis, Woodrow Price, Simmons Fentress, Dick Herbert, and Bob Brooks. 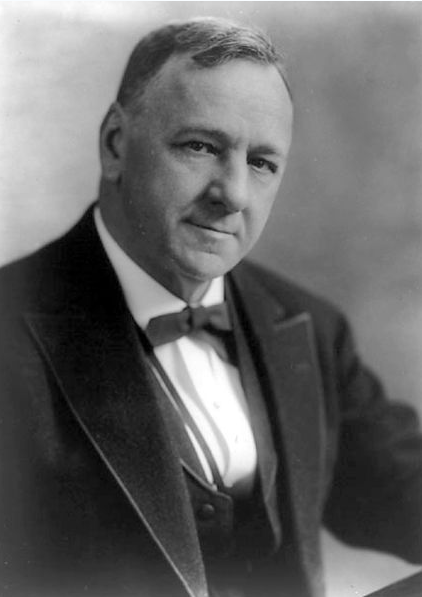 In 1865 the Reverend William E. Pell founded the Sentinel in Raleigh, using the newspaper to fight against the domination of carpetbaggers and other forces during Congressional Reconstruction. This journalistic battle was carried on even more effectively after Josiah Turner Jr. acquired the paper in 1868. Turner's crusade is considered to have been largely responsible for the recapture of the state legislature by the Democrats (then called Conservatives) and for the overthrow of Governor William W. Holden in 1870 and his impeachment in 1871.

But Turner was no financial wizard, and on 16 June 1876 the Sentinel was sold by the sheriff to George A. Smith and W. P. Batchelor. In 1877 Smith and Batchelor sold it to Peter M. Hale and William L. Saunders, who had established the Raleigh Observer on 18 Nov. 1876. The Sentinel ceased publication in March 1877. The Observer advocated the development of the state's natural resources and supported a strong program of internal improvements, including extension of a railroad to the western counties. In 1879 Samuel A. Ashe withdrew from a law partnership and acquired the paper. A year later Ashe merged the Observer with the Raleigh News, publishing the first issue of the Raleigh News and Observer in September 1880 as the city's only morning daily.

Ashe was financially successful from 1880 to 1885 because he secured the state printing contract from the legislature's Democratic caucus, which controlled state government. By the mid-1880s, however, Ashe increasingly lost favor with the Democratic Party and the News and Observer was financially distressed. Josephus Daniels, who, through his work at various newspapers, especially the State Chronicle, had become widely recognized as the dominant political editor of the state, purchased the bankrupt News and Observer in 1894 with the backing of his former patron, Julian S. Carr, and other Democratic friends. From 1894 to 1948, the year of his death, Daniels was editor and publisher of the Raleigh paper, tirelessly supporting the state Democratic Party and a variety of other causes.

Under Daniels's guidance, the News and Observer was updated technologically (it was the first paper in the state to own a Linotype) and regularly fought against special interests, exposed corruption, condemned vice and the liquor traffic, and fought for better public schools-including Daniels's special concern, the University of North Carolina in Chapel Hill (UNC), where he served on the board of trustees from 1901 to 1948. He supported women suffrage and workers' compensation, state industrialization, better roads, and crop rotation. His paper played a leading role in the disfranchisement of blacks in 1900, a "reform" Daniels believed was necessary to remove a corrupt element from state politics and incidentally to ensure the ascendancy of the Democratic Party. Well into the twentieth century the newspaper continued to champion white supremacy and the perpetuation of "the white man's party." Although he was later ashamed of the racism that had inspired him in 1898 and 1900, Daniels continued to favor what he considered to be Governor Charles B. Aycock's approach of solving racial problems through education.

After Daniels's death in 1948, leadership of the News and Observer passed to his four sons: Josephus Jr., Frank A., Worth, and Jonathan. As owners of the paper, they all were active in its operation in some important way for the next several decades. Jonathan had served as editor from 1933 to 1941 (when his father was ambassador to Mexico) and then from 1948 to 1968. Under his direction, the News and Observer followed an increasingly progressive agenda, urging the South to accept school desegregation and to improve its race relations, especially in providing educational and economic opportunities for all citizens. During his tenure as editor, the publishing company bought the afternoon Raleigh Times in 1955. (The Times continued to publish until 30 Nov. 1989.) In 1956 both papers moved into a new building on South McDowell Street. 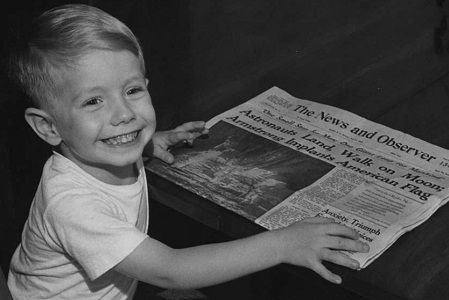 With Jonathan Daniels approaching retirement, the News and Observer hired Claude Sitton as editorial director in 1968. Sitton, a Georgian, had established his reputation as a reporter (especially on civil rights) and editor at the New York Times. As editor and a vice president of the News and Observer (1971-90), he continued to enlarge the paper's reputation as a moderate-to-liberal voice on civil rights and a government watchdog-trying, it was said, to keep "honest people" in positions of public trust. In 1983 Sitton received the Pulitzer Prize for ten editorials during the previous year. Sitton's was the first Pulitzer Prize for the News and Observer; it was followed by a second award in 1989 for criticism (Michael Skube's book reviews) and a third award in 1995 for public service (a series on the impact of agricultural corporations, including hog farming and hog waste, on North Carolina towns).

Frank A. Daniels Jr. served as president and publisher of the paper from 1971 to 1996, when he was succeeded by Fred D. Crisp Jr. Under Frank Jr., the company increased the staff, circulation, and advertising revenues; expanded into other markets (such as Hilton Head and Rock Hill, S.C.); and bought several other papers, such as the Waynesville Mountaineer (1979), Smithfield Herald (1980), and Chapel Hill News (1993). The staffs of the News and Observer and Raleigh Times merged in 1987. The News and Observer also began using computers in 1973, well ahead of most newspapers. In 1994 NandO.net was established as one of the nation's earliest online providers and NandO Times as one of the first electronic newspapers. The paper also added a weekly section, "Connect," covering technology and computer issues.

In a sale completed in August 1995, McClatchy Newspapers of Sacramento, Calif., bought the News and Observer Publishing Company for $373 million, ending the Daniels family's ownership after 101 years. Before his retirement in 2000 and the naming of Orage Quarles III as president and publisher of the News and Observer, Crisp oversaw its transition from a family-owned newspaper to one operating as part of a large conglomerate. Beginning at this time, the paper began to focus its circulation (167,000 weekday subscribers in 2006) on the Triangle area, pulling back home delivery from much of eastern North Carolina and greatly expanding staffing and coverage of Durham and Chapel Hill.

Official website of The Raleigh News and Observer: http://www.newsobserver.com/