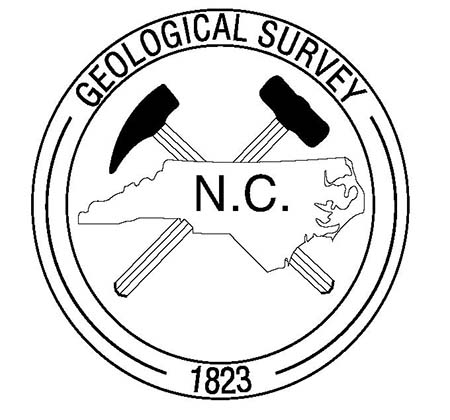 The North Carolina Geological Survey (NCGS), which researches all aspects of the state's geology and natural resources, was founded by University of North Carolina professor Denison Olmsted in 1822 under a $250 per year appropriation by the General Assembly. In 1825, on Olmsted's departure for Yale, Dr. Elisha Mitchell assumed the direction of the survey and completed the third volume of Olmsted's report. The legislature failed to fund the survey after 1825 due to an economic panic that gripped the state that year, and it was discontinued in 1828. The survey was revived in 1851 and led by Ebenezer Emmons until 1864.

Beginning in the early 1900s, the NCGS was enlarged in scope to become the Geological and Economic Survey, which geologist Joseph Hyde Pratt controlled until his departure for France in World War I. The survey headquarters, located in Chapel Hill, had become very active in the North Carolina Good Roads Association, and by 1918 both the survey and the association were administered by civic and political activist Harriet Morehead Berry. In 1923 Pratt was politically eliminated from the survey, and in 1925 it was renamed the Department of Conservation and Development. 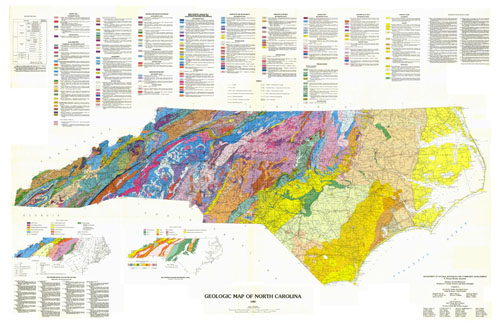 The modern NCGS, under the administrative control of the Department of Environment and Natural Resources, has grown to encompass broader research goals, such as the creation of geologic and topographic maps, the gathering of mineral resource and geochemical information, and the establishment of environmental and earth science educational programs.

Olmstead, Deniston. Papers on agricultural subjects and Professor Olmstead's report on the geology of part of the western counties of North Carolina. Raleigh, N.C.: J. Gales and Son, 1825.