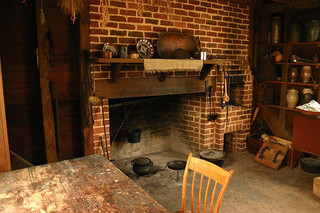 The seasonal routines of agrarian life defined North Carolina culture throughout most of the antebellum era. Women of the state's planter elite generally met the expectations of southern society rather than seeking independent careers. Southern patriarchy gave planter women stronger ties with their male relations than with women of other classes and races. Planter women supervised complex households of slaves and children. The work was never-ending, even for women who escaped much of the drudgery by using servants and slaves. Planter women also faced repeated pregnancies. Many found the unceasing demands and lack of privacy exhausting.

Elite women who lived in towns escaped the agrarian responsibilities of plantation women, and some used their time to work in volunteer groups. They began attending political gatherings after about 1840, and a few wrote and published under pseudonyms in newspapers and literary journals. Educated, intelligent women used their talents to create opportunities for themselves while remaining southern "ladies."

Meanwhile, slave women worked from dawn until dusk and then had to care for their own families at night. House slaves might develop skills as midwives, weavers, and cooks and obtain special status within the white and slave communities. Enslaved women left few records of their experiences, but interviews conducted in the 1930s with former North Carolina slaves indicate the importance of religion and family in the slave community and the anguish caused by the separation of families. These accounts also reveal how slave mistresses enforced their authority through whippings, poor food, and threats to put slaves "in their pocket," meaning to sell them if they caused trouble. The difficulty slave women faced in caring for their own children and babies when forced always to put the needs of the white family first are well documented. Additionally, they faced the threat of sexual assault by their owners, as strikingly described by Harriet Jacobs in her book Incidents in the Life of a Slave Girl, Written by Herself (1861). 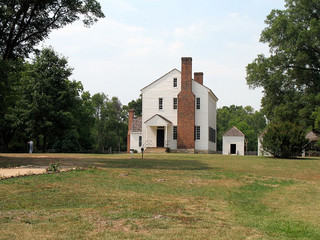 Religious revivals swept the state in repeated waves during the nineteenth century. Yeoman women participated in emotionally charged services to seek salvation and to express themselves in meetings. They fed and housed traveling ministers. Women from all classes joined churches to obtain a degree of independence. More women than men became church members during the nineteenth century. Baptist women as early as 1810 raised money for church missionary work, and women of other denominations followed. Groups of women started charitable organizations in New Bern, Fayetteville, Wilmington, Raleigh, and Elizabeth City for the worthy poor. Antebellum society accepted this work outside the home as an extension of women's roles as wives and mothers.

Marriage was a civil contract in North Carolina, but women remained unequal partners. Women hoped for affectionate marriages, but the gap between these expectations and reality troubled many wives. The sexual double standard applied to white men displeased many women. Some husbands were poor businessmen, as well. If women chose unwisely in their partners, the legal system offered little help. Divorce proved difficult to obtain in a state controlled by men determined to maintain white male authority over wives and slaves. The courts often protected a husband's right to chastise his wife.