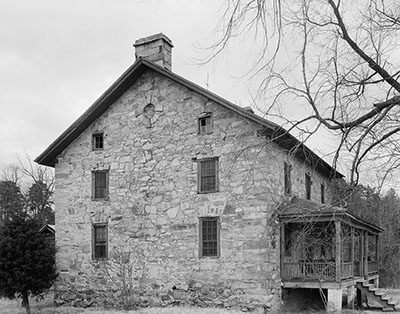 Hezekiah Alexander was yet another immigrant from farther north who moved to Piedmont North Carolina in the 1760s. Alexander was a Presbyterian from Scotch-Irish stock, but the other contours of his life were remarkably similar to those of yeomen like John Allen. He was born in 1728 in Cecil County, Maryland, not far from the Pennsylvania border. Like Allen's, his grandfather had come from Ireland to the Delaware River Valley in the seventeenth century. His father became a man of some substance in his neighborhood, but Hezekiah and six other of his father's fifteen children eventually tried their luck in Mecklenburg County, North Carolina. Hezekiah Alexander was a blacksmith who bought land and became a farmer and cattle grower. He died in 1801, survived by his wife and nine of their ten children, having earned an enviable position as an elder in his church and a distinguished Revolutionary patriot.

The most obvious difference between Hezekiah Alexander and his yeoman counterparts was his house. Known as the "Rock House," it stands on its original site in the present city limits of Charlotte and forms a part of the Mint Museum of History. The Rock House is two-and-a-half stories high, with a dressed stone exterior and two interior stone chimneys. There are three rooms downstairs; each one is heated by its own fireplace. The upstairs and downstairs are well lighted by many large glazed windows; there are even several small windows in the attic. Alexander's estate inventory showed comparable signs of affluence: a silver watch and a series of loans to sons and other borrowers. Unlike his contemporaries John Allen and Silas Everitt, Hezekiah Alexander cut quite a figure in the world.

The House in the Horseshoe sits on a gentle hill in northern Moore County. Below the house, wide, level fields stretch out toward the wooded banks of the Deep River, which reaches in a wide bend around three sides of the property. Now a state historic site, the spot is peaceful, picturesque, and fertile; it is easy to see why Philip Alston ( d. 1791) wanted to own it when he came to the district in 1772 and started to purchase land. Tradition says that a Scot named McFadden built the House in the Horseshoe for Alston. It also claims that after McFadden struck a white servant and found himself prosecuted for assault, he became disgusted with American notions of equality and returned to Scotland.

During the American Revolution, Alston put his assertive nature at the service of his country. He commanded a band of soldiers against the actions of Tory (British sympathizer) guerrillas when they became active following the British invasion of North Carolina in 1780. On one occasion, Alston's company captured an accomplice of the Tory officer David Fanning. They beat their prisoner with musket butts in an unsuccessful attempt to obtain information and then left him to die. Discovering the murder, Fanning swore revenge and ambushed Alston and his men at the House in the Horseshoe on 5 August 1781. After a fierce skirmish, Alston was forced to surrender and to promise not to fight the king's forces any longer. Bullet holes from this fight still scar the walls of Alston's home. 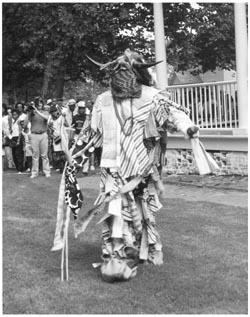 Slavery had been a part of North Carolina society from its beginning. The leading Lords Proprietors had been planters and slave traders in the West Indies, and they included the "peculiar institution" in their plans for their mainland colony. In Virginia and South Carolina, slave plantations were central features of society from the early eighteenth century onward. Cultivating tobacco to the north and rice to the south, slave labor in the colonies bordering North Carolina paid for the beautiful homes and elegant lifestyles of the colonial aristocracy. The same geographical handicaps that kept many yeomen out of the planter class kept North Carolina's smaller number of slaveholders from reaching the levels of affluence enjoyed by their counterparts to the north and south. As a result, the plantation system in North Carolina was never as fully developed as it was elsewhere. Nevertheless, slavery was crucial to the character of North Carolina society.

For the most part, North Carolina slaves resisted the power of their masters by individual and collective actions that made their condition more bearable but did not challenge the system of slavery as such. Bondsmen feigned sickness or ignorance, broke tools, stole food, sheltered runaways, and protected each other from the master's abuses. Among slaves, families were a source of personal pride and mutual support for parents, children, and relatives alike. The slave community as a whole supported musicians, preachers, storytellers, healers, and craft workers who created a dynamic African American culture that affirmed the human dignity of even the most persecuted inhabitant of the quarters. Weddings, funerals, religious services, and holiday celebrations gave slaves an opportunity to assert their humanity and their rightful equality with whites.

A striking example of African culture survived in the "Jonkonnu" ceremony, which the slaves at Somerset performed every Christmas morning. A leading man of the slave community would disguise himself as Jonkonnu in a garb of rags and animal skins. Joined by another slave in American Sunday-style clothing, Jonkonnu would lead a large group of followers to the master's house. Accompanied by drumming, dancing, and chanting, the pair demanded money from the master, mistress, and all white residents of the plantation. Success was followed by a general celebration in the slave quarters. The Jonkonnu ritual appeared on other eastern North Carolina plantations and also among slaves in Jamaica. The drums, the dancing, the chants, and the costume seem clearly derived from African models. When they used an African ceremony to extract money from their masters, the Somerset slaves reversed the normal social order of the plantation and reaffirmed their own dignity as independent human beings. Cultural expressions of black humanity were a vital part of the slaves' resistance to the psychological burdens of life in bondage.

When Jonkonnu gave orders every Christmas and Josiah Collins obeyed, the slave participants in the ritual had slyly claimed a moral right to change places with their owners. Opposition to slavery periodically went beyond foot-dragging on the job and cultural challenges in the quarters, but most acts of slave resistance were individual actions comparable to Pompey's brief flight from Belgrade.