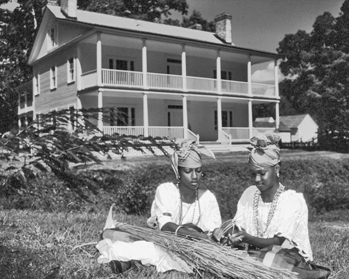 Somerset Place is located in Washington County seven miles south of Creswell on Lake Phelps. Originally consisting of more than 100,000 acres, Somerset between 1785 and 1865 was one of the state's most prosperous plantations as well as one of the largest in the Upper South, producing rice, corn, wheat, lumber, and other products. The plantation had a workforce of almost 200 by 1790, including black and white, slave and free. During Somerset's 80-year existence, it was home to more than 850 enslaved men, women, and children, 80 of whom were brought directly to the plantation from their West African homeland in 1786. The plantation was operated solely as a business investment for more than 40 years, but in 1829 it became home to Josiah Collins III, his wife Mary, and their six sons. Josiah Collins III inherited the property from his grandfather, Josiah Collins I, who along with two partners had acquired the land and planned its early development.

By the mid-nineteenth century, the Somerset complex included some 50 structures, ranging from barns and stables to a saw, gristmills, a hospital, and homes. The abolition of slavery in 1865 ended the plantation labor system, and the Somerset property for a number of years was occupied by a variety of tenants. In the late 1930s it became a part of Pettigrew State Park administered by the Department of Conservation and Development. In the 1950s historical research and archaeological investigation led to modest restoration, and in 1954 a report to the newly formed Historic Sites Division of the Department (now Office) of Archives and History inspired action leading to the restoration and preservation of Somerset Place as a North Carolina State Historic Site. Interpretive activity at the site came to be directed toward the role of slave labor on plantations and the role of the planter class in slaves' lives. Reunions of descendants of slaves who had lived at Somerset are held there periodically.