Natives and Newcomers: North Carolina before 1770

Part I: Natives and Newcomers, North Carolina before 1770 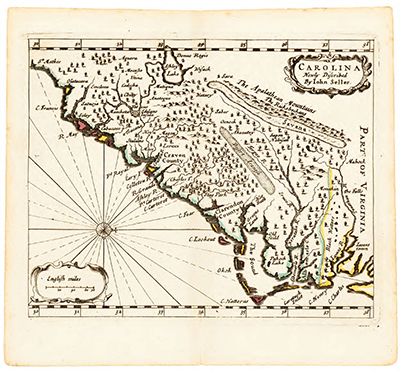 Natives and Newcomers describes North Carolina's Indians and the dramatic changes that occurred when Europeans and Africans entered their land.

Even before Raleigh's "lost colony," Europeans had explored the coast and the mountains. The first permanent newcomers were English migrants from Virginia, followed after 1715 by planters and slaves from South Carolina.

Keep reading  >> Part I: The First Carolinians | North Carolina before 1770

Subjects:
Social Conditions
Social History
Authors:
Anderson, Jean B.
From:
The Way We Lived in North Carolina, NC Office of Archives and History and UNC Press