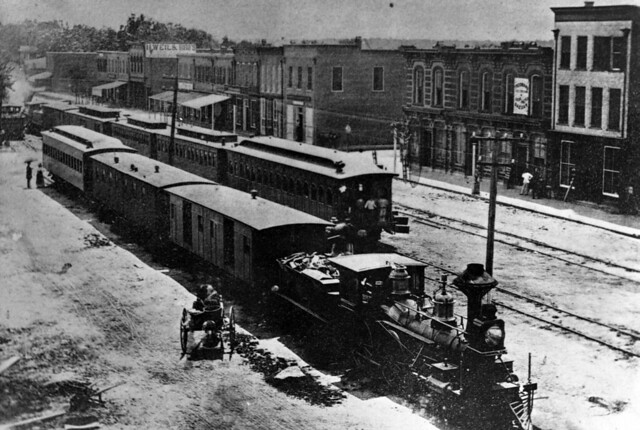 Few would have guessed in 1870 that within fifty years, North Carolina would be the most industrialized state in the South. The pages contained in this collection recount that half-century of turbulent change and growth.

An accelerating pace of life was evident everywhere in North Carolina at the turn of the century, from mill villages to mushrooming towns. Skyscrapers and suburbs, country estates and mountain resorts testified to the state's new wealth. But new conflicts marked the era as well. Farmers plagued by debt fought back in a Populist movement that carried its cause to the nation. Working men and women fought to keep their independence on the factory floor. Black North Carolinians, despite violence and disenfranchisement, built the churches, colleges, and businesses that prepared the next generation to reclaim its rights. By 1920, North Carolina was a state transformed.

The Quest for Progress, Transformation of North Carolina 1870-1920: Overview
The Rural World
Industry Comes of Age
The Urban Magnet
From Jubilee to Jim Crow: African American History
The New Leisure
The Price of Progress