"Tory" was a political term originally applied to members of the political party in England that favored the policies of the monarchy and the established church over the king's opponents in Parliament. During the American Revolution, adherents of the royal government who opposed the Revolution were called "Tories" or "Loyalists." The province of North Carolina was believed to have had one of the highest percentages of Loyalists of all the rebellious colonies. It is not surprising that many wealthy merchants and planters with financial ties to England were Tories, as were many Crown officials and Anglican clergymen. However, Tories were members of every level of society and lived in every part of the colony. Some Tories were German immigrants to the piedmont. In addition, many former Regulators, Piedmont frontiersmen who had rebelled against the colonial government, were Tories during the war. The former Regulators had no serious grievances against the Crown itself, but they believed that the provincial government was dominated by corrupt and powerful eastern planters.

Another strong Tory element was the Scottish immigrant population concentrated along the Cape Fear River Valley. Despite their participation in a failed rebellion against the British monarchy in 1746, many Scots in North Carolina remained loyal to the British. Some held to an oath they had taken to support the king; many others thought that a monarchy was the only practical kind of government and feared repression or anarchy without it; and some prominent Scottish leaders still had estates in Scotland. Loyalist forces included black soldiers; some were legally freemen, but many were formerly enslaved people. In exchange for military service, the British offered to emancipate enslaved people from their Patriot enslavers. 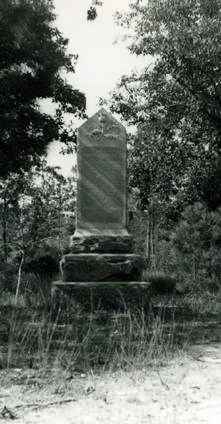 Early in the Revolutionary War, Governor Josiah Martin was optimistic about the prospects of raising Tory military units in North Carolina to join British regulars in putting down the rebellion. The Tories, mostly Highland Scots with some former Regulators who were to join Martin, were defeated and dispersed at the Battle of Moore's Creek Bridge on 27 Feb. 1776. From then until the arrival in North Carolina in September 1780 of British forces under Lord Charles Cornwallis, Tory resistance in the colony was limited, such as the avoidance of loyalty oaths or military service for the Whigs, clandestine plots, and sporadic armed conflict.

When the army of Cornwallis marched into North Carolina in 1780, a number of Tories joined the British. A substantial Tory force, under Maj. Patrick Ferguson, was raised to protect Cornwallis's left flank and end Patriot resistance in the west. Instead, on 7 Oct. 1780 Ferguson was decisively defeated at the Battle of King's Mountain, just south of the North Carolina boundary.

Although Cornwallis was ultimately disappointed that more Tories did not join him, Loyalist North Carolinians were important participants in most of his battles. Lt. Col. John Hamilton's regiment of North Carolina Volunteers was one of the units that surrendered with Cornwallis at Yorktown. North Carolina Tories served in other British provincial regiments and in Loyalist militia units, as well. When the last British regulars left North Carolina on 18 Nov. 1781, armed resistance by Tories continued. Col. David Fanning led a force of North Carolina Tories who captured Governor Thomas Burke during a raid on Hillsborough on 12 Sept. 1781. Fanning's troops continued fighting as late as May 1782. A combined force of British regulars and Tories from Charleston, S.C., captured Beaufort on 5 Apr. 1782 and held it for a short time.

Tories in North Carolina were punished by Confiscation Acts, passed from 1776 to 1782, that allowed their lands to be seized. They also faced violent persecution from the Whigs, especially in areas remote from British troops. However, many Tories who survived the war and remained in North Carolina were relieved by the Act of Pardon and Oblivion in 1783.

During and after the Revolution, thousands of Tories, including many from North Carolina, moved either forcibly or voluntarily to British possessions elsewhere, including Nova Scotia, New Brunswick, Bermuda, the Bahamas, and Florida, or to England or Scotland. A few black Loyalists eventually immigrated to the British colony of Sierra Leone in West Africa.

Robert O. Demond, The Loyalists in North Carolina during the Revolution (1940).