Histories documenting North Carolina's past and present were written by North Carolinians and others beginning in the early nineteenth century. Through the years, the purpose, focus, and style of historical research has changed, but the commitment of historians to document North Carolina history in informative and relevant terms has remained the same. 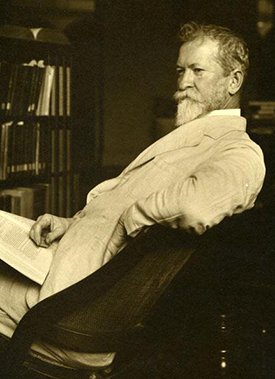 The first professional historian trained in the "scientific" or German school of historical investigation to work in North Carolina was Stephen Beauregard Weeks in the early twentieth century. However, several other "historians" (the title was loosely defined in their day) preceded him as researchers, writers, and especially collectors of historical resource materials. Pennsylvania native Hugh Williamson spent only one-fifth of his life in North Carolina, but during that time he served as surgeon general with the state's troops in the Revolution and also held a number of government positions. Williamson authored The History of North Carolina, a two-volume narrative based on a few of the scant primary documents available in 1812. He quoted extensively from those sources, not always correctly and often to underscore his political views.

The second printed history of the state was François Xavier Martin's The History of North Carolina, from the Earliest Period, published in New Orleans in 1829. A native of France but editor of a New Bern newspaper from 1785 to 1798, Martin published a revisal of the state's laws and served in the House of Commons. He also copied selected state records and some private papers of leading families before accepting appointment as a judge in the Mississippi Delta region. When he learned that Archibald D. Murphey, an assiduous collector of historical documents, intended to write a North Carolina state history, Martin unpacked his materials and rushed into publication his own two-volume work. When identified more than a century later, Martin's collection of sources proved disappointing. Murphey, though he failed to write his own history, amassed a huge and valuable collection of original materials that provided rich fodder for later authors.

In 1834 researcher and collector Joseph Seawell "Shocco" Jones published A Defence of the Revolutionary History of the State of North Carolina from the Aspersions of Mr. Jefferson. The book, however, was little more than a diatribe against Thomas Jefferson's refusal to believe that the citizens of Mecklenburg County declared independence on 20 May 1775. 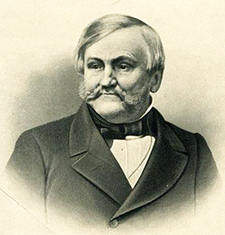 Hertford County native John Hill Wheeler served in the House of Commons before holding a succession of offices. While state treasurer, he published a partial index to documents in London relative to North Carolina and began studying state records in Raleigh and private papers in the possession of prominent families. New England historians George Bancroft and Peter Force also provided him with materials. The result was Wheeler's Historical Sketches of North Carolina from 1584 to 1851, published in 1851. Consisting of two volumes bound as one, the book was the first history of the state written by a native-born North Carolinian. Sometimes called the "Democratic Stud Book" because of its favoritism toward members of Wheeler's own political party, Historical Sketches was useful especially for its county-by-county essays. For example, in the Cabarrus County sketch was printed for the first time George Barnhardt's account of the first discovery of gold in the United States (by Conrad Reed in 1799). Despite its weaknesses, Wheeler's work represented progress in North Carolina historiography and, with an initial printing of 10,000 copies, led to increased interest in state and local history.

Although he never wrote a history book, David Lowry Swain emerged as North Carolina's most important antebellum collector of historical documents. As a young circuit judge, Swain was embarrassed by North Carolina's reputation as the Rip Van Winkle State and spent his spare time browsing the records of the counties he visited. He believed that North Carolinians had a proud history that simply needed to be told. In 1832 Swain was elected governor, and he organized the state's first historical society during his administration. He left the governor's office for the presidency of the University of North Carolina, a position that permitted him to devote much of his attention to collecting original and printed materials for the next 30 years.

In 1857-58 Francis Lister Hawks, a New Bern-born attorney and priest of the Episcopal Church then living in New York, published his History of North Carolina, but the heavily documented two-volume work covered only the exploratory and Proprietary periods. Hawks and Swain planned to collaborate on a monumental documentary history of the state but never carried out the project.