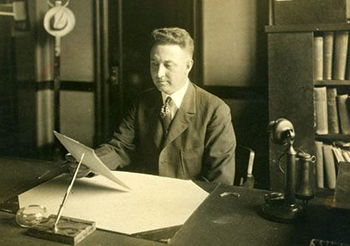 The next generation of historians benefited from an improving methodology that stressed greater objectivity in research. John Hope Franklin began a long and distinguished career as an interpreter of African American history with the 1943 publication of The Free Negro in North Carolina, 1790-1860. Albert Ray Newsome and Hugh T. Lefler coauthored North Carolina: The History of a Southern State (1954), which served as the standard college-level textbook for three decades. Lefler's North Carolina History Told by Contemporaries provided a useful supplementary text. Guion Griffis Johnson's Ante-Bellum North Carolina: A Social History (1937) broke new ground with its extensive use of newspaper reports of nonpolitical activities. William S. Powell, combining his training as a librarian and a historian, became the state's most prolific writer and editor of history, publishing the popular North Carolina Gazetteer (1968), the college-level textbook North Carolina through Four Centuries (1989), the six-volume Dictionary of North Carolina Biography (1979-96), and many other works. English professor Richard Walser published widely on the literary history of the state, and H. G. Jones, historian and curator of the North Carolina Collection at the University of North Carolina Library, published North Carolina Illustrated, 1584-1984 (1983), the first pictorial history of North Carolina.

State and local history underwent another change near the end of the twentieth century, when the writing and teaching of chronological history was largely superseded by the examination of particular aspects of the past. Local records and personal accounts provided fodder for a new cadre of historians emphasizing history of people who may have been previously overlooked. Their subjects, often narrow in scope, combined to broaden the landscape of historical studies by bringing to light vast quantities of information previously buried in county records, local newspapers, obscure manuscripts, and oral tradition. Ethnicity, race, and gender attracted particular attention from adherents of this new social history.

Once incorporated in theses and dissertations, new information found its way into broader studies, enriching and often challenging previous interpretations of the past. While faculty and graduates of the University of North Carolina at Chapel Hill had produced many of the earlier publications on state and local history, interest in the subject spread to other institutions. For example, Duke University historians joined UNC-associated authors in producing a series titled The Way We Lived in North Carolina (1983; reissued in 2003). This broadening of the geographical base of researchers was reflected by the Historical Society of North Carolina, which sought institutional diversity among its elected membership.

State and local history, once considered "provincial" by some historians, thus found its way into the mainstream. Ironically, while both written and visual images of the past were being given increased attention by a new generation of historians, the teaching of courses in North Carolina history was losing ground both in college and in the public schools.