Colonial and State Records and the First Generation of Professional Historians 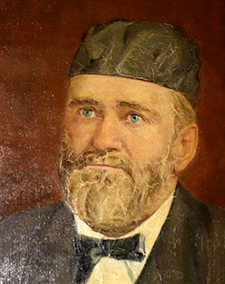 When William Laurence Saunders took office as North Carolina's secretary of state in 1879 and found a cache of neglected colonial documents in the old arsenal on Capitol Square, he prepared a report that detailed the wretched condition of the public records and proposed gathering the surviving papers and putting selected ones into print. However, remembering the earlier appeals of Swain and Wheeler to procure copies of the colony's records preserved in London, he soon broadened his proposal. Consequently, the General Assembly of 1883 gave him complete discretion to copy and print those records that he judged important. An agent was hired to supervise the copying of records in London, and within five years about 15,000 pages of transcripts had been received. Ten volumes of The Colonial Records of North Carolina were printed at state expense under Saunders's editorship from 1886 to 1890. The 10,982 printed pages of documents dating from 1622 through 1776 constituted the most monumental and significant historical enterprise in the state to that time. 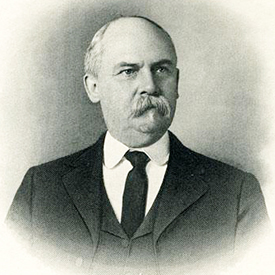 Inspired by Saunders's accomplishment, Walter Clark, an associate justice of the state supreme court, volunteered to continue the documentary series. He arranged for the copying of additional records found in state offices, selections from Swain's collection, and records relating to North Carolina located in other repositories. Clark's first volume of The State Records of North Carolina, published in 1895, continued Saunders's numbering, but Clark was less careful than Saunders in printing documents in chronological order. He wisely engaged Stephen B. Weeks to provide a complete three-volume index to the combined series, along with a useful narrative survey of historical activities in the state and an analysis of materials used in the combined series. Clark wrote or edited many other works, including the five-volume Histories of the Several Regiments and Battalions from North Carolina in the Great War 1861-1865, published in 1901.

In 1890 Edward Augustus Johnson published the first School History of the Negro Race in America from 1619 to 1890. Johnson, born into slavery, in 1917 became the first elected black legislator in New York. Another former slave, William Harvey Quick, wrote Negro Stars in All Ages of the World, also published in 1890. The Democratic Party's policy of disfranchising and segregating nonwhites hampered prospects for further literary works by blacks for several decades. 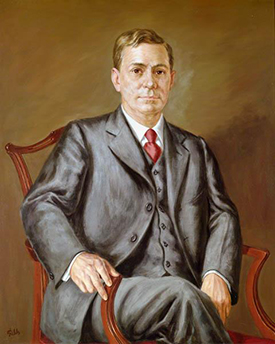 The printing of the state's early records at the end of the nineteenth century coincided with the introduction of professionally trained historians in North Carolina. Weeks, John Spencer Bassett, William K. Boyd, R. D. W. Connor, and J. G. deRoulhac Hamilton were all indoctrinated in a new historical methodology traced to German historian Leopold von Ranke. Weeks, who held the first genuine professorship of history in North Carolina at Trinity College, was also an avid collector, and in 1918 his book collection formed the nucleus of the North Carolina Collection at the University of North Carolina. Connor, Boyd, and Hamilton each wrote a volume in the three-volume History of North Carolina (1919), and Connor wrote the two-volume North Carolina: Rebuilding an Ancient Commonwealth (1929). Connor helped organize the North Carolina Historical Commission in 1903, became the first Archivist of the United States in 1934, and later returned to Chapel Hill to continue his teaching. Hamilton also wrote the massive Reconstruction in North Carolina (1914), which reflected the prevailing "southern point of view."

The availability of published resources also attracted nonhistorians like newspaperman Samuel A. Ashe, whose two-volume History of North Carolina (1908, 1925) added flavor to the raw facts of history and was the first work to draw upon the published colonial and state records as a source. He also edited the eight-volume Biographical History of North Carolina . . . (1905-17). Mathematician Archibald Henderson wrote history around his own ancestors in his two-volume North Carolina: The Old North State and the New, published in 1941. The North Carolina Historical Commission (after 1943 the State Department of Archives and History) produced a remarkable series of documentary volumes of primary sources and also created the North Carolina Historical Review in 1924, providing a vehicle for scholarly articles. During the Carolina Charter Tercentenary, a new series of The Colonial Records of North Carolina began, and to commemorate the centennial of the Civil War, the multivolume North Carolina Troops, 1861-1865: A Roster, also commenced.