William Laurence Saunders, lawyer, soldier, editor, state official, and amateur historian, was born in Raleigh, the son of the Reverend Joseph Hubbard and Laura J. Baker Saunders. The Episcopal minister took his family to Florida, where in 1839 he died from yellow fever. After his widow and children returned to Raleigh, William attended the Raleigh Academy and later The University of North Carolina, from which he was graduated in 1854. He then studied law under William H. Battle and Samuel F. Phillips, was admitted to the bar, and received his LL.B. degree in 1858.

Said to have been "too diffident to become a great orator," Saunders was less successful as a lawyer than as a writer for the Salisbury Banner, of which he and J. J. Stewart were editors and proprietors in 1861. Then, even before North Carolina seceded from the Union, the young man enlisted with the Rowan Rifle Guards. By July 1861 he was a second lieutenant in the Tenth Regiment, and by 1864 he was a colonel commanding the Forty-sixth Regiment, North Carolina Troops. He was wounded three times at the Battle of Fredericksburg in 1862 and two years later suffered a near-fatal wound at the Battle of the Wilderness when a ball entered his mouth, exited through the back of his throat, and permanently impaired his ability to speak clearly.

On 3 Feb. 1864 Saunders married Florida Cotten, the daughter of John W. Cotten of Edgecombe County. She died less than eighteen months later, only a short time after their only child was stillborn. Saunders went to live in Chapel Hill but in the next several years spent much of his time on a farm at Grimes's Landing in Pitt County. Although his throat wound prevented him from pleading before the bar, he emerged as a leader in the secret orders opposing the Union League's activities. Whether or not he was, as J. G. de Roulhac Hamilton asserted, the head of the Invisible Empire in North Carolina, his complicity was indicated by his being summoned in 1871 before the congressional Joint Select Committee to Inquire into the Condition of the Late Insurrectionary State. Face-to-face with his antagonists, he repeatedly declined to answer questions concerning his relationship with the organizations. In the same year a letter from "the brotheren" warned that "bill sanders will swing." 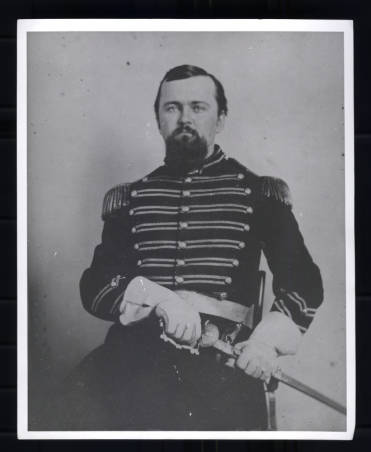 From 1870 to 1874 Saunders served as seasonal chief clerk of the state senate. Meanwhile, in 1872 he joined his brother-in-law, Joseph A. Engelhard, in editing the Wilmington Journal, a major voice of the Democratic party. When Engelhard was elected secretary of state in 1876, Saunders followed him to Raleigh and, with Peter M. Hale, established the Observer, characterized by Josephus Daniels as "the best daily paper North Carolina had known." In 1879, upon the death of Engelhard, the forty-four-year-old Saunders gave up his newspaper career and accepted appointment as secretary of state, winning reelection in 1880, 1884, and 1888. He also was a member of the board of trustees of The University of North Carolina from 1875 until his death, serving as its secretary-treasurer from 1877 onwards. The university granted him an honorary LL.D. degree in 1889.

In addition to his partially paralyzed throat, Saunders suffered from a more serious infirmity: a crippling case of rheumatism contracted during the war. At first he was able to get around by means of crutches and canes, but before assuming office as secretary of state he was confined to a wheelchair. The disease became progressively worse, and he was forced to spend weeks at a time at the medicinal springs then popular in the South. Despite his poor health, however, Saunders became an acknowledged spokesman for the Democratic party, editing its handbooks, preparing speeches for candidates, and devising campaign strategies. His close associate, former governor Thomas J. Jarvis, urged him to seek the Democratic nomination for governor in 1888, offering to substitute his legs and voice for Saunders's in the campaign, but Saunders refused.

His most lasting contribution was in the field of history rather than politics. Following the discovery in 1879 of a cache of colonial records in the old arsenal on Capitol Square, he prepared a report detailing the wretched condition of the manuscript records and outlining efforts of earlier historians to collect and publish them. With the support of Governor Jarvis, Saunders wrote and the General Assembly passed a resolution in 1881 authorizing the printing of "such number of volumes of suitable size, of the records, papers, documents and manuscripts as they [the trustees of the State Library] may deem proper, bearing date prior to the year 1781, belonging to the state of North Carolina." During the next two years Saunders further surveyed the records in the state offices and concluded that there existed many "gaps and chasms" that could be filled only by copies of records in England. At his request, the General Assembly in 1883 gave virtually a carte blanche for his proposals, authorizing the copying and printing of all colonial records "as may be missing from the archives in the state." Subsequently, he hired several part-time clerks to copy records in Raleigh, enlisted local historians to search for documents outside the capital city, and engaged W. Noel Sainsbury, senior clerk in the Public Record Office, to supervise a copying program in London. By 1888 Sainsbury had sent approximately 15,000 pages of transcripts of English records relating to North Carolina, comprising, except for legislative journals after 1749, the largest single portion of the collection. Unfortunately for future researchers, Saunders wrote captions on many original documents in Raleigh and sent them directly to the printer; some appear never to have been returned.

Published in 1886–90, the ten volumes of the Colonial Records of North Carolina, under Saunders's editorship and with his extensive "Prefatory Notes," contained 10,982 printed pages of documents from 1622 through 1776 and constituted the most monumental and significant historical enterprise in the state to that time. The editor's name has probably appeared in more footnotes than that of any other North Carolinian, and the series notably stimulated the study and writing of North Carolina history. Yet each volume of 750 copies cost the state only about $1,250 for printing and about the same amount for transcripts, excluding Saunders's own meager salary of $1,000 per year.

Shortly after the tenth volume was published, Saunders's health deteriorated further; he was generally confined to his room in Yarborough House, where he continued to receive visitors and discuss politics and history. In February 1891 the General Assembly extended the "thanks of the people of the state" to Saunders for the accomplishment of his "laborious work." A few weeks later the secretary of state died. On 3 April his body was placed aboard Colonel A. B. Andrews's private railroad car and taken to Tarboro by way of Goldsboro, Wilson, and Rocky Mount, where mourners met the train. At Tarboro he was buried near his wife and infant daughter in the Calvary Episcopal Church cemetery. His tombstone reads, in part, "For twenty years he exerted more power in North Carolina than any other man. I Decline to Answer."

William Laurence Saunders was credited in his own time and for much of the 20th century with many historical and political accomplishments. However, recent research and historical re-evaluation has revealed that Saunders was a white supremacist and Ku Klux Klan leader. In 1871, at a time when KKK activities were illegal, Saunders was called to testify before a U.S. Congressional committee. In his testimony, he refused to answer to his involvement or knowledge of Klan activities in North Carolina, taking the Fifth Amendment more than 100 times. For an additional NCpedia biography, visit this entry: https://www.ncpedia.org/biography/saunders-william-laurence-oah

Joint Select Committee to Inquire into the Conditions of the Late Insurrectionary States, Report No. 6 (1871).