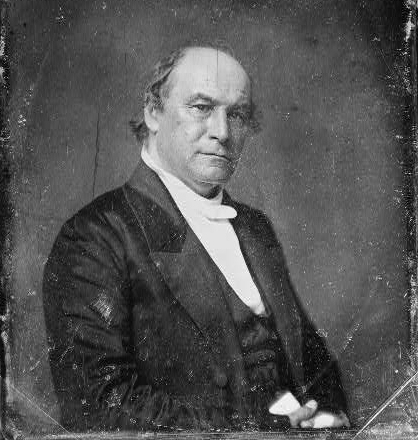 Francis Lister Hawks, clergyman, educator, and historian, was born in New Bern, the second son of Francis (10 Dec. 1769–20 Dec. 1831) and Julia Airay Stephens Hawks (1 Dec. 1773–3 Apr. 1813). He was a grandson of John Hawks (1731–31 Oct. 1790), supervising architect of Tryon Palace. While a pupil of the Reverend Thomas P. Irving at the New Bern Academy, young Hawks had roles in home-talent plays in the new Masonic Theater. In 1815 he was graduated with honors from The University of North Carolina. Afterwards he studied law in New Bern under William Gaston and John Stanly and in Litchfield, Conn., at the law school of Tapping Reeve and James Gould. Admitted to the bar, "the young prodigy" in 1820 became a reporter of the North Carolina Supreme Court for six years. In addition to other duties, he compiled four volumes of North Carolina [Supreme Court] Reports, and he represented New Bern in the 1821 House of Commons. An active Mason, like his father, Hawks was Orator on St. John's Day, 24 June 1822, for St. John's Lodge, Post No. 3, A.F. & A.M. That December he was elected the lodge's Worshipful Master and delivered the sermon on St. John the Evangelist's Day. From 1824 to 1827 he was Deputy Grand Master, presiding at the 1825 Grand Lodge Communications.

Hawks, who had been a devout communicant of St. Matthew's Church in Hillsborough, and who often read sermons at Christ Episcopal Church in the absence of its rector, gave up the practice of law in 1826 to begin training for the ministry. He studied theology with the Reverend William Mercer Green, a college mate and later Bishop of Mississippi, and was ordained deacon at New Bern in 1827. Shortly afterwards he was ordained priest.

After serving as assistant to Dr. Harry Croswell at Trinity Church, New Haven, Conn., and then to the Right Reverend William White at St. James Church, Philadelphia, Hawks was named professor of divinity at Washington College, Hartford, Conn., in 1830. The next year he accepted the rectorate of St. Stephens' Church, New York City. Within a few months he transferred to St. Thomas Church, in Flushing, N. Y., where he remained for twelve years. During that period he had charge of St. John's Church for a time, and was assistant secretary of the 1832 General Convention and secretary of the 1834 New York diocesan convention. In 1835 he was appointed Missionary Bishop of the Southwest, but declined the office because it had no endowment.

Hawks was professor of ecclesiastical history at the General Theological Seminary, 1833–35, and the following year was chosen historiographer of the Episcopal Church of the United States. He traveled through the Holy Land, England, and other countries, gathering material for his religious histories, especially Contributions to the Ecclesiastical History of the United States. For several months in 1837 he was editor of the New York Review, of which he was a cofounder. St. Thomas Hall, a classical school for girls, was started by him in 1839 in Flushing, N. Y.; there he was literary master, spiritual almoner, and temporal head. Its financial difficulties contributed primarily to his resignation from St. Thomas Church in 1843 and his removal to Holly Springs, Miss. While in the state Hawks was an original trustee of the University of Mississippi, but he rejected an offer to be Bishop of Mississippi. Moving to New Orleans, La., in 1844, he was for five years rector of Christ Church. Besides rebuilding the church, he helped establish the University of Louisiana and was its first president. 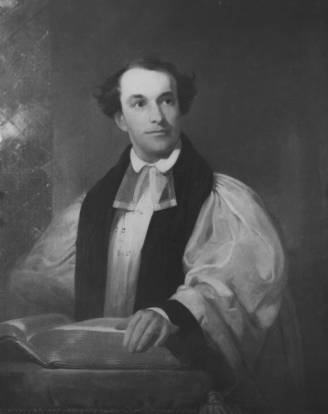 In 1849 Hawks returned to New York to become rector of the Church of the Mediator, soon merged with Calvary Church. In 1853 he was instrumental in founding the Church Journal. Elected Bishop of Rhode Island, he declined a bishopric for the third time, preferring to remain a parish pastor and pulpit orator. In 1846 he had volunteered to be professor of history at The University of North Carolina; however, at that time there was no provision for the chair. When offered the post in 1859, he turned it down.

At the outbreak of the Civil War, due to his Southern heritage and sympathy, Hawks resigned the New York rectorate and went to Baltimore, Md., as rector of Christ Church. After the war he once again returned to New York to be associated with the Church of the Annunciation. In 1865 friends assisted him in organizing the Church of the Holy Saviour and the Parish of Iglesia de Santiago, where he conducted services in Spanish.

Stephen F. Miller reported that when a parishioner, remonstrating with Hawks for accepting a call to a more lucrative field, reminded him, "The young ravens would be fed," Hawks replied, "Ah, yes, but unfortunately there is no such promise for the young Hawks!"

Throughout his colorful career, Hawks, "never to be idle," engaged in innumerable pursuits with great ability. As a young lawyer he had proved learned and logical in his convincing arguments. These traits were apparent in his pulpit appearances, drawing theologians from as far away as Europe to hear his scholarly and inspirational sermons "beginning and ending with Christ." Noted for his "graceful elocution, mellifluous composition, and finely-modulated voice," he could recite from memory many hymns and long passages from the Bible and the Book of Common Prayer. With his "streams of eloquence unequalled," quick wit, gracious charm, and fund of knowledge on widely diversified topics, Hawks was a popular conversationalist and lecturer.

His prolific writings for children as well as adults on varied religious and secular topics ranged from church histories, a two-volume history of North Carolina, and a book on the English language to works about Egyptian monuments, Peruvian antiquities, and the papers of Commodore Matthew C. Perry and Alexander Hamilton. For some time he was an editor of Appleton's Cyclopaedia of Biography.

Hawks was generous in his assistance to numerous literary and historical publications and organizations, particularly the New-York Historical Society, which he helped reorganize and to which he left his family records and historical collections. He was a founder of the American Ethnological Society and its vice-president from 1855 to 1859; he also helped establish the American Geographical and Statistical Society, serving for several years as president.

Scheduled to make the address at the laying of the foundation stone for the coquina shell entrance to Cedar Grove Cemetery in New Bern, he was unable to get there in time for the program. With the $130 in receipts from his talk upon his later arrival, the iron gates under the entrance arches were purchased. The four lines on a marble table above the main arch were taken from a hymn he composed for the event:

Still hallowed be the spot where lies
Each dear loved one in earth's embrace,
Our God their treasured dust doth prize,
Man should protect their resting place.

Hawks was also the speaker in New Bern, 29 Apr. 1858, at a celebration on completion of the "Old Mullet Line" between that city and Goldsboro by the Atlantic and North Carolina Railroad Company.

A "Memorandum of things to be done, or that should be done in Newbern, by degrees" was drafted by him in 1860. For "Local Improvements" he recommended waterworks, gas lighting, flagging on side-walks and curb stones, the use of brick for buildings, a "battery" at Union Point, and reestablishment of the New Bern Library Company. Under "For Commercial Prosperity" he suggested lines of screw propellers to New York and Baltimore, a large ocean steamer to run from Beaufort to Liverpool, and railroad connections to several places in East Carolina. "For social and intellectual enjoyment" he proposed good common schools, a polytechnic school, a boarding and day school for males and a similar one for females. (Previously, he had attempted in vain to get a polytechnic school for New Bern.) The memorandum was concluded with this advice: "At present exchange is against us. . . . We buy at the North and do not ship for ourselves. . . . Have our own shipping port, do our own exportation, and begin to form a system of foreign importations for ourselves."

On 11 Nov. 1823 Hawks married Emily Kirby (19 Nov. 1803–12 July 1827), the fifth child of Abner and Anna Plum Kirby of Connecticut. They were the parents of two children. After her death he married Mrs. Olivia Trowbridge Hunt of Danbury, Conn., who survived him. They had six children. Hawks died in New York City; the funeral was held from Calvary Church and his remains were interred at Greenwich, Conn.

Thank you for the correction.

Thank you for the correction. The portrait of Thomas West Harris has been removed.

The first photograph in this

The first photograph in this article is not one I am familiar with - and I was not surprised to discover that the metadata identifies the file as Harris_Thomas_West,jpg While my 3rd Great Grandfather was once a member of the UNC Board of Trustees, and the second portrait shown is part of the Di / Phi portrait collection, he was never associated with UNC's School of Medicine...