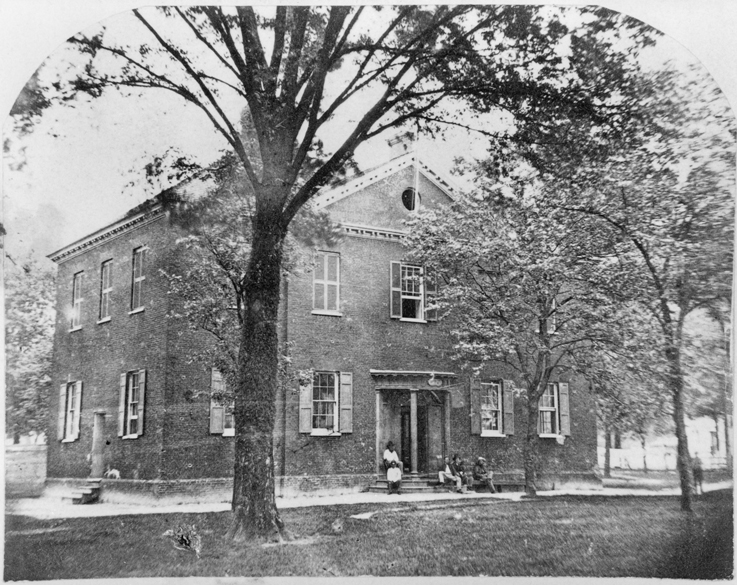 New Bern Academy was established in March 1764 when the North Carolina legislature authorized the town of New Bern to build "a House for a school and Residence for the School Master" and appointed seven men as trustees. Work on the new building began in 1765, and by April 1767 John Whiting, a visitor from Newport, R.I., reported that New Bern had "a very large & handsome school house." Closely tied to the Anglican Church, though not a parochial school, "the Public School in New Bern" quickly earned a reputation as "one of the best regulated schools of the kind in America."

The school suffered a period of decline, however, and in 1784 it was reorganized by the legislature. The new plan, which included the first specific use of the name "Newbern Academy," did not refer to the institution as a public school, open without charge to poor students, nor did it mention any connection with the Anglican Church. The legislature did provide the academy with several lots in New Bern, the income from which functioned as an endowment. When its original frame building was destroyed by fire in 1795, the school was moved to temporary quarters. Leaders convinced the legislature to authorize the raising of money for a new schoolhouse, and in 1810 the academy moved into a handsome new brick building. John Alonzo Attmore introduced the Lancasterian system of education to New Bern Academy in 1814; this system, which required older pupils to tutor younger ones, remained a feature of the academy until the 1850s, when the school once again fell into decline. The Civil War and Reconstruction prolonged the school's hard times.

Financial problems continued to plague New Bern Academy until 1882, when it was reestablished as a graded school-an approach then new in the United States-and began receiving funds from Craven County. The following year the legislature recognized this new form of school organization and allowed the imposition of specific taxes to support schools divided into grades. Attendance increased to the point that additional space was required. In 1885 a second building joined the 1810 structure. Two others were later added.

Just as the academy's problems appeared to be resolved, the North Carolina Supreme Court declared, in Riggsbee v. the Town of Durham, that the levying of municipal taxes to support private graded schools was unconstitutional. In 1899 New Bern Academy ceased to function independently and became part of the city school system. All the academy buildings continued to serve as schools until 1971, when the New Bern school board decommissioned the 1810 building. By 1977 none of the original New Bern Academy structures were used as schools.

Because of the academy's rich past and because the 1810 building was such an impressive structure, in 1975 the legislature created the New Bern Academy Historical Commission and charged it with preserving the school's history and original building. The building's restoration was completed in 1985, and in December 1991 it opened as the New Bern Academy Museum. The Tryon Palace Commission operates the museum.

Mary Ellen Gadski, The History of the New Bern Academy (1986).