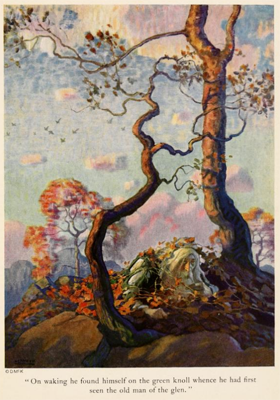 The "Rip Van Winkle State" was the derogatory nickname given North Carolina in the early decades of the nineteenth century. From 1815 to 1835, the state was deemed to be so undeveloped, backward, and indifferent to its condition that it appeared to be as comatose as Rip Van Winkle. In 1830 a legislative committee reported that North Carolina was "a state without foreign commerce, for want of seaports or a staple; without internal communication by rivers, roads, or canals; without a cash market for any article of agricultural product; without manufactures; in short, without any object to which native industry and active enterprise could be directed." In addition to all of these handicaps, there was general political apathy under the state's Democrat-controlled one-party system, which resulted in widespread indifference to all economic, social, and cultural improvements. A letter writer to the North Carolina Farmer in 1845 voiced his frustration: "O! that our State, . . . would wake up from her Rip Van Winkle agricultural sleep! and, for her own best interests, would become a reader and extensive patronizer of the North Carolina Farmer and other agricultural periodicals!"

Fortunately, North Carolina's "Rip Van Winkle" period was relatively short-lived. The constitutional reforms of 1835 paved the way for a quarter-century of remarkable development in the state, carried out for 15 years under Whig leadership and for 10 years under Democratic leadership. This development included the building of a state system of railroads and plank roads; support for a statewide system of public schools; the establishment of institutions for the care of the blind, deaf, and mentally ill; a reformed tax system; changes in the legal status of women; the improvement of agricultural and manufacturing conditions; and the growth of the University of North Carolina and other colleges, academies, and religious agencies.