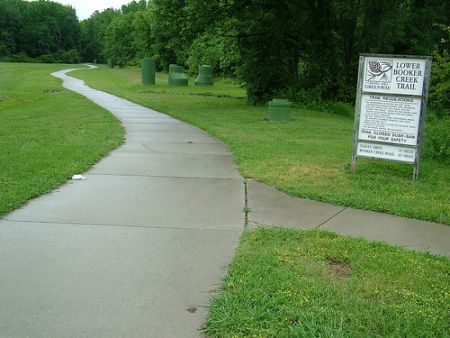 A phenomenal growth of land trusts, or conservancies, similar in focus to the Nature Conservancy began to occur statewide beginning in the mid-1980s. For instance, the Triangle Land Conservancy was established in 1983 to support native wildlife and biological diversity, maintain water quality, preserve cultural heritage, increase recreational opportunities, and expand parks and greenway systems for the region that includes Chatham, Durham, Johnston, Lee, Orange, and Wake Counties. Land registered with or owned by the conservancy is put to only restricted use in order to preserve important natural areas. The dramatic growth of private, not-for-profit land trusts in North Carolina reflected similar trends nationwide.

The 1980s featured several major cases in the state where grassroots activism opposed federal and state plans. In 1982 mass marches against toxic waste disposal in a landfill in Warren County resulted in 523 arrests. On the coast between 1982 and 1986, fishermen and environmentalists stopped plans in Hyde County to strip-mine peat from wetlands and development plans on Permudas Island. An alliance between Bladen, Cumberland, and Robeson Counties pressured state officials into denying a permit request for a radioactive waste incinerator. In the mountains, the U.S. Forest Service's plan for expanded clear-cutting drew fire from environmentalists, and the selection of Haywood County as a potential site for high-level radioactive waste brought widespread opposition, causing the federal government to withdraw the proposal.

In the Haywood County town of Canton, Champion International Paper Company's discharging of toxic waste into the Pigeon River became the center of an intense debate between Tennessee and North Carolina during the 1980s. People claimed that the river's poor condition contributed to economic distress in Cocke County, Tenn. Furthermore, evidence indicated that the river's waters increased cancer rates. In December 1997 Champion accepted an agreement to greatly reduce the amount of pollutants released into the river. The agreement was signed by both states, the U.S. Environmental Protection Agency, local governments in Tennessee, and environmental groups.

During the 1990s, the state confronted the issue of hog waste. As one of the nation's top pork-producing states, North Carolina was the site of large hog farms that dotted the landscape in the eastern section. The waste was sprayed on fields; run-off from these fields polluted nearby waters. Farmers also stored the manure in lagoons, prone to leak or to burst from heavy rains, that caused rank odor, created sickness, and attracted flies. The state reached an agreement with hog producers to reduce waste, but the problem remains serious.

In the 1990s there was also a wave of legislative action in response to growing public concern over the deterioration of environmental quality and increased public health dangers from pollution. Governor James B. Hunt elevated his priority for environmental protection and restoration in public programs. The General Assembly created new funding mechanisms to acquire more public lands, provide increased outdoor recreational opportunities, and clean up polluted waterways and estuaries through establishment of the Natural Heritage Trust Fund, the Parks and Recreation Trust Fund, and the Clean Water Management Trust Fund. State income tax credits were increased to encourage donations of land for conservation purposes. By the early 2000s the amount of public parklands and wildlife refuges, as well as nature preserves managed by private land trusts or conservancies, had increased markedly.

North Carolina's air pollution problem continues to gain attention. The state's major metropolitan areas experienced tremendous growth during the 1990s that resulted in more vehicular traffic. Because of emissions from tailpipes and smokestacks, the American Lung Association in 2005 ranked the Charlotte metro area twelfth among particle-polluted urban areas in the United States. However, some areas in the state have improved their status, and several North Carolina counties, such as Chatham, New Hanover, and Robeson, are among the clearest for short-term particle pollution. The North Carolina Division of Air Quality has established a code system indicating the current state of air quality. The Mountain region in particular suffers from air pollution that comes from power plants, factories, and vehicles, reducing visibility and making the air unhealthy for people to breathe. The Great Smoky Mountains National Park is consistently ranked among the most polluted national parks in the country.

Radioactive waste, produced by nuclear power plants and by medical and research facilities, has also presented a problem for North Carolina since the last decades of the twentieth century. In the summer of 1978, for example, the state experienced an environmental nightmare when 30,000 gallons of cancer-causing polychlorinated biphenyl (PCB) were dumped along 210 miles of the state's roads. In 1982 the state moved 40,000 cubic tons of contaminated soil to a landfill in predominantly black and poor Warren County, leading to charges of racial discrimination. Over 500 people were arrested in their attempt to prevent trucks from delivering the soil to the specially constructed facility. Nineteen years later the state announced a plan to remove the PCB from the soil with high-tech cookers and filters. 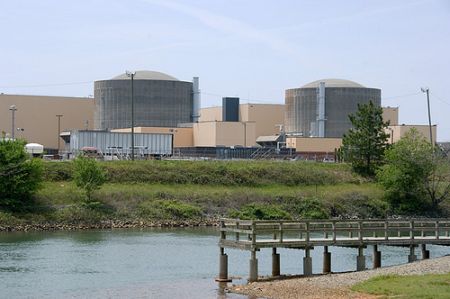 The Environmental Protection Agency and the Nuclear Regulatory Commission regulate all types of waste, and various federal laws also govern waste management, though states have an important role as well. High-level waste, such as the spent fuel from nuclear reactors including Duke Power's McGuire Station near Lake Norman, Progress Energy's Shearon Harris plant in Wake County, and the Brunswick reactors at the coast, must be stored at reactor sites, in water pools that provide cooling and radiation protection, or in large, sealed casks. North Carolina has endorsed the plan of developing a permanent national underground repository, possibly opening by 2013, at Yucca Mountain in Nevada.

Low-level waste (LLW), generally less hazardous than high-level waste, may also originate at reactors or may come from hospitals and research centers such as Duke, UNC, and Bowman Gray as a byproduct of medical diagnosis and disease treatment or the study of biological and physical processes by pharmaceutical companies. The Low-Level Radioactive Waste Policy Act, enacted by Congress in 1980, placed responsibility for disposal on the states. In 1983 eight states formed the Southeast Interstate Low-Level Radioactive Waste Management Compact, which chose North Carolina as a future host state for LLW disposal. In 1987 the North Carolina General Assembly created the North Carolina Low-Level Radioactive Waste Management Authority, assigned to establish a new near-surface burial facility. Chem-Nuclear Systems was selected to design, build, and operate the facility, proposed for Wake County. LLW can be given a near-surface burial in a geologically suitable area within protective layers; for a number of years North Carolina utilized another designated facility at Barnwell, S.C., until South Carolina, angered by North Carolina delays-due to financial and other concerns-in creating the chosen site, closed its facility to North Carolina reactors and withdrew from the Southeast Compact in 1995. In 1999, having never begun its facility, North Carolina also withdrew from the compact, leading to a lawsuit in the early 2000s from the remaining members.

Thomas Clark, The Greening of the South: The Recovery of Land and Forest (rev. ed., 2004).

Albert Cowdrey, This Land, This South: An Environmental History (1983).

Neil R. Sampson, For Love of the Land: A History of the National Association of Conservation Districts (1985).