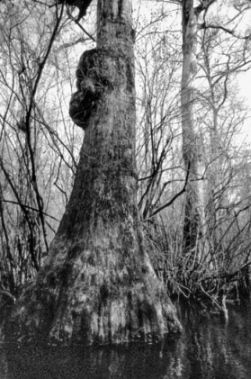 Nature Conservancy, with headquarters in Arlington, Va., is a national organization working for land conservation and the preservation of biodiversity. North Carolina's chapter, the North Carolina Nature Conservancy, was started in 1977. Headquartered in Durham, the organization had 27,000 members by the early 2000s. Well known for its purchases of ecologically important areas, the Nature Conservancy uses a wide array of conservation tools, from conservation easements that allow private landowners to protect their property to the negotiation of innovative agreements with private companies and government agencies. The conservancy's work has led to the creation of more than 1,400 nature preserves nationwide, enjoyed by many thousands of visitors each year. The preserve system includes over 100,000 acres in North Carolina, with Bat Cave, Bluff Mountain, and the Roanoke River being among the state's most popular preserves.

By 2004 the North Carolina Nature Conservancy had protected and preserved over 545,000 acres of critical lands in the state. Some of its most prized projects to date include Bluff Mountain in Ashe County, Green Swamp in Brunswick and Columbus Counties, the Black River corridor, Alligator River National Wildlife Refuge, the longleaf pine stand at Weymouth Woods, the hardwood swamps of the Roanoke River bottomlands, and the maritime forest and dunes at Nags Head Woods in Dare County. The North Carolina Nature Conservancy's campaign, Forever Wild: A Campaign to Save the Last Great Places in North Carolina, initiated in the early 2000s, has sought $25 million toward purchasing large acreage in the New River's mountain headwaters, Hickory Nut Gorge, the Sandhills, the lower Cape Fear River valley, the upper Tar River, the Roanoke River valley, and the Green Swamp-Boiling Springs Wetlands.