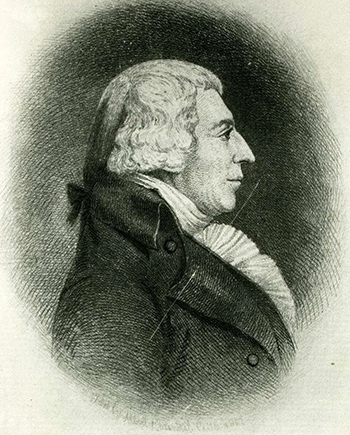 Richard Dobbs Spaight, governor, congressman, and signer of the federal Constitution, was born in New Bern to Richard and Elizabeth Wilson Spaight. He was the great-great nephew of royal governor Arthur Dobbs. At the death of young Spaight's father in 1763, Governor Dobbs and Frederick Gregg were appointed his guardians. His widowed mother married Thomas Clifford Howe but did not live long. At age nine the orphaned lad was sent to Great Britain for his education, probably under the care of Dobbs relatives. After attending schools in Ireland and the University of Glasgow in Scotland, he returned home in 1778 to begin a varied public career. Within little more than a year, he presented a certificate of election to the House of Commons from the borough town of New Bern, but the election was ruled illegal because of alleged irregularities at the polls.

As aide to Major General Richard Caswell, commander of the state militia, he participated in the ill-fated Battle of Camden. Although he was made first major of the militia in 1781 and later promoted to lieutenant colonel as commandant of artillery, he resigned his military commission in 1789; by then, his chief interest was politics. His support of American forces continued throughout the War of Independence. When General Nathanael Greene was in New Bern near the end of the conflict, Spaight is said to have pledged his personal assets and influence, so greatly encouraging the Patriot leader that the scene of their conference under an ancient cypress tree in his yard on the Neuse River was visited in reverence by President George Washington in 1791.

From 1781 to 1783 Spaight represented New Bern in the General Assembly, and from 1783 to 1785 he served in the Continental Congress, where he was a member of the Committee of the States as well as of a committee to draft a temporary government for the western territory. Resigning from the Congress and declining to accept reappointment, he represented Craven County in 1785 in the House of Commons and was elected speaker.

For the next two years he remained in the house, where, as usual, his opinion was often sought on different matters and he served on a number of committees. When the Assembly examined the conduct of state judges in early January 1787, he sat on the investigating committee and was selected as chairman of the whole. 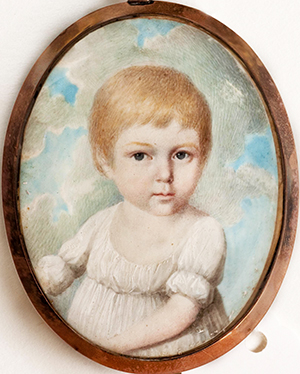 In March the Assembly elected him a delegate to the federal constitutional convention. It is said that it was Spaight who proposed that U.S. senators be elected by the legislatures of the states and that the presidential term of office be seven years. He was in favor of reconsidering the decision once arrived at to choose the president by electors appointed by the state legislatures, and he objected to requiring more than a majority to pass a navigation act.

Having signed the Constitution, he spoke eleven times, arguing strongly though in vain on its behalf at the 1788 state convention in Hillsborough. Publication of the debates, however, helped secure ratification of the document the next year at Fayetteville.

In 1789 Spaight was nominated for the U.S. Senate, but his name was withdrawn. In failing health from overwork and disease, his public life was interrupted for almost four years. He traveled through America and to the West Indies, seeking rest, relaxation, and a cure. Shortly after returning home in better health, he was elected to the Assembly from New Bern in 1792, but his seat was vacated upon his election as governor. After his inauguration on 14 Dec. 1792 in Tryon Palace at New Bern, then serving as the state capital, he was twice reelected.

The last Assembly meeting in his native city was called by him for July 1794, and that December he was chief executive at the first Assembly to convene in Raleigh. During his three gubernatorial terms, lasting until 19 Nov. 1795, he was an administrator of "dignity, fidelity and moderation." In 1793 and 1796 he was a presidential elector.

As a representative in the U.S. Congress from 10 Dec. 1798 to 3 Mar. 1801, he was distinguished for his "clarity of thought and power of speech," even though he was not a lawyer. Although sometimes voting independently on measures, he belonged to the so-called Republican party and followed the Jeffersonian school of politics. Deciding not to stand for reelection, he went instead to the state senate and was succeeded in Congress by his younger political opponent, John Stanly of New Bern.

Filing for another Senate term in 1802, he became involved in a bitter controversy with Stanly, aged twenty-eight, a Federalist. Following charges and countercharges during the heated campaign, Spaight won the Senate election on 13 August, but the political rivalry lingered on, as evidenced by voluminous correspondence and print. When Spaight publicly called Stanly "both a liar and a scoundrel," adding, "I shall always hold myself in readiness to give him satisfaction," Stanly challenged him to a duel.

The pistol duel took place on Sunday afternoon, 5 Sept. 1802, in New Bern. Dr. Edward Pasteur was Spaight's second and Edward Graham was Stanly's. On the fourth round Spaight was wounded in his right side. He wavered and fell; in twenty-three hours he was dead. The body was interred in the family cemetery on Cleremont plantation. Stanly left the city and kept out of sight until the tide of feeling against him had subsided. He wrote to Governor Benjamin Williams summarizing the circumstances leading to the duel and justifying his actions. William Gaston interceded on his behalf and was instrumental in persuading the governor to grant him a pardon.

Besides his numerous political offices, Spaight had prominent roles in educational, civic, and religious affairs. In 1784 he was one of nine men on the board of the reorganized New Bern Academy. The next year he was appointed an original trustee of the Kinston Academy. He was among five managers of a 1787 lottery to obtain funds for a poorhouse. A vestryman of Christ Episcopal Church, he was named churchwarden in 1789 to accept donations for the church. In that year he was commissioned as one of the trustees to establish The University of North Carolina, and he continued as a university trustee until his death.

Owning much property, he supervised his farming operations. Once he advertised for an "overseer that understands the cultivation of Rice." In a letter written to him (now in the possession of the Tryon Palace Commission at New Bern), George Washington thanked him for a gift of "Pease" and said that they would be planted at Mount Vernon. 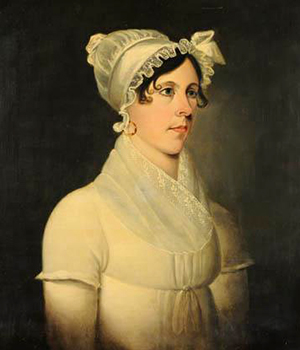 Spaight's will, dated 9 Aug. 1802, less than a month before his duel, provided that his estate be divided among "my beloved wife, Mary Jones Spaight, and my four children." The widow survived him for almost eight years. They had been married on 25 Sept. 1788, at New Bern, in spite of the fact that their fathers reportedly were not on friendly terms because of a land dispute.

An account of the nuptials published in the Columbian Magazine of Philadelphia observed in reference to the bride: "A young lady whose amiable character and beautiful person, added to an extensive fortune, promise much felicity to this worthy pair." Mrs. Spaight, the daughter of Colonel Joseph and Mary Jones Leech of New Bern, is said to have led the first minuet with President Washington at the 1791 Palace ball in New Bern and to have been the first lady at a University of North Carolina commencement—in 1795, while her husband was governor.

From three sons and one daughter there were descendants only of the daughter, Margaret Elizabeth (1800–3 Sept. 1831), who married John Robert Donnell. Their son, Richard Spaight Donnell, represented Craven County in Congress (1848–49) and Beaufort County in the General Assembly (1860–65), where he served as speaker of the house in 1864–65.