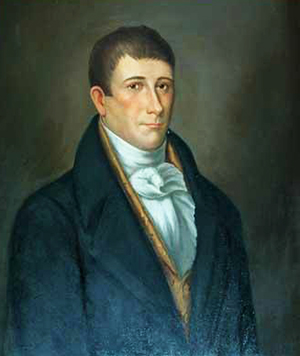 Benjamin Williams, governor, congressman, and soldier, was the son of Colonel John and Ferebee Savage Pugh Williams of Craven County. A maternal ancestor, Thomas Savage, on 2 Jan. 1608 joined the colonists at Jamestown, Va. The grandson of William Williams, who had immigrated to North Carolina from Wales by 1735, Colonel Williams was a merchant, justice of the peace, and trustee of the 1764 New Bern School. His oldest daughter, Ferebee Pugh, born on 20 May 1746 at their home at Fort Barnwell in Craven County, married first Dr. John Leigh and second Dr. Isaac Guion, of New Bern, a Revolutionary surgeon, state councillor, and legislator. His other son, John Pugh Williams, was a militia colonel during the Revolution.

After attending rural schools and engaging in farming, Benjamin Williams represented Johnston County, which had been formed in 1746 from Craven, at the First Provincial Congress (25–27 Aug. 1774) in New Bern, the last Assembly in North Carolina under authority of the British Crown (4–8 Apr. 1775) in New Bern, and the Third Provincial Congress (20 Aug.-10 Sept. 1775) in Hillsborough.

By this third congress he was appointed (1 September) a lieutenant of the second regiment and (9 September) a member of the Committee of Safety for the New Bern district. On 19 July 1776 he was promoted to captain. Resigning his commission on 1 Jan. 1779, he represented Craven County that year in the House of Commons. Returning to military duty when the British invaded North Carolina, he received the rank of colonel on 12 July 1781 for gallantry as a volunteer officer at the Battle of Guilford Court House and was put in charge of a regiment of state troops. 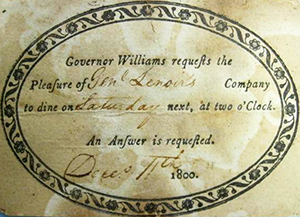 On 23 Nov. 1799 Williams became governor of the state as well as president of the board of trustees of The University of North Carolina. Since 1789 he had been one of the first trustees and had taken an active role in the 1792 selection of the university site. Twice he was reelected the state's chief executive, serving until 6 Dec. 1802. Shortly before his third term ended he pardoned Congressman John Stanly for fatally shooting former governor Richard Dobbs Spaight, Sr., in a political duel on 5 Sept. 1802 at New Bern. By then a Republican, Williams was defeated by Nathaniel Alexander for the 1805 gubernatorial nomination but again was elected governor for the term from 1 Dec. 1807 to 12 Dec. 1808.

Previously he had resided for a time at Raleigh but in 1798 had bought a home on Governor's Creek in Moore County, where he became a successful farmer and one of the largest cotton planters of the period. "In no pursuit have I yet found that enjoyment of contentment which agriculture affords," he wrote in 1804 to Major John R. Eaton of Granville County," & nothing is wanting among our North Carolina Farmers for possessing wealth enough but a better sett of Merchants & change in System of farming, which by the bye is hard to effect, for we are but too unwilling to forsake old habits to adopt new ones; & as to the Merchants, I fear the grave will close on your great grand children before much amendment among this class of Men will take place. The Navigation of our State has I fear doomed us to the Dregs of Commercial Men." 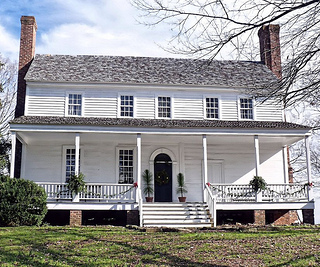 Williams spent his last years at the Chalmers homestead, which he purchased with a large acreage and called "Retreat." The house had been built about 1772–73 in a wide bend of Deep River by Colonel Philip Alston. New known as "the house in the horseshoe," the residence was acquired in 1954 by the Moore County Historical Society, which restored it to its appearance in 1781, when Alston's Whigs were defeated there by David Fanning's Tories. Bullet holes are still in the front wall. Since 1955 it has been open to visitors. A portrait of Williams painted by William C. Fields of Fayetteville from an original portrait owned by the state at Raleigh is one of its appropriate furnishings. The property is a state-owned and -operated historic site and is listed in the National Register of Historic Places.

Within an enclosure in its side yard are the large slab tombstones of Williams and his wife, Eliza(beth) Jones, moved there in 1970 from the family cemetery a mile and a half away on Governor's Creek. Also moved there were the unmarked vaults of their only son, Colonel Benjamin William Williams (28 July 1797–14 Feb. 1828), and his first wife, Mary Chalmers (1800–1821), who were married on 19 Oct. 1820 at Fayetteville, their tombstones having been vandalized in the original locations. 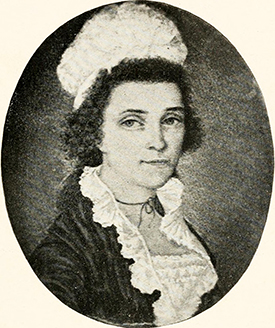 On 10 Aug. 1781 Benjamin Williams married Eliza Jones, the daughter of Robin Jones, attorney general under royal governors Arthur Dobbs and William Tryon, and his second wife, Mary Eaton Jones; she was the half sister of Willie Jones and General Allen Jones, Revolutionary patriots. Eliza died at New Bern on 24 Nov. 1817, "aged 54 years and 10 months . . . an affectionate wife, a tender mother, and one whose memory is now embalmed in the hearts of the poor of this extensive neighborhood."

The epitaph on the governor's tomb reads: "Providence blessed him with a large share of its bounties, and he acted as her faithful steward; for 'large was his bounty, and his soul sincere.'" His obituary published on 29 July 1814 by the Raleigh Register stated: "He died, as he had lived, much respected and highly esteemed by those who knew him; and, from his general demeanor and devout professions as well previously to us as during his last illness, has left to his relations and more intimate friends the cheering consolation that he died a believer, resigned and happy, in the hope of mercy, through the atonements and merits of the redeemer."

His son married, on 2 Jan. 1823, a second wife, Mary McBride, the daughter of Archibald McBride of nearby Carbonton. The only surviving grandchild, Dr. Benjamin Chalmers Williams (20 Dec. 1821–24 May 1873), born to the son's first wife, married on 20 Apr. 1858 Catherine McDougal. He was the last of the direct line. Hence, there are now no living descendants of Governor Williams.