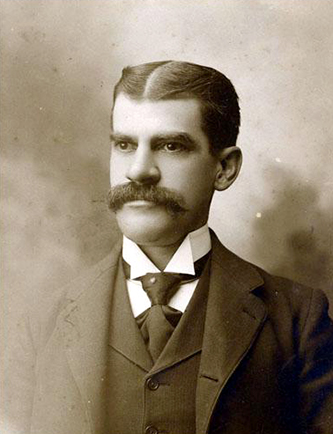 Frederick Augustus Olds, historian, newspaper columnist, lecturer, and editor, probably was born in North Carolina. He was the son of Louis and Pauline Evans Olds, natives of Pitt County. His father, an attorney, was a graduate of Randolph Macon College, and his mother was a graduate of Salem College. Following the death of his mother, he was raised by a relative in Hillsborough and attended school in Cary before enrolling in the Virginia Military School. In the 1870s Olds moved to Raleigh to enter the insurance field, and for six years he served as secretary of the chamber of commerce.

Recognizing that his interests were in newspaper work, he became a reporter for the Raleigh News and later was city editor of the Raleigh News and Observer. In 1874 he enlisted as a private in the National Guard. In 1877 he was appointed to the staff of Governor Zebulon B. Vance, and when the State Guard was organized in the same year, he was named state ordnance officer and quartermaster general, serving until 1891." At that time, the old State Arsenal was located on Capitol Square. Olds came to be referred to as "Colonel" Olds.

Perhaps his greatest contribution to the state was in the preservation and dissemination of North Carolina history. Olds was an early advocate of "social history"—history about and for the people. Newspaper editor Samuel A. Ashe, who began promoting state history through his editorials, no doubt inspired his young reporter to begin his own endeavors in that area. During the administration of Governor Alfred M. Scales, Olds started collecting land grants, marriage bonds, wills, early court proceedings, and inventories of estates, as well as portraits and photographs of North Carolina governors and other noted citizens. These were deposited in the State Library, then housed in the old supreme court building. The records and artifacts, arranged chronologically beginning with the first settlements and including portraits of Sir Walter Raleigh and Queen Elizabeth, the John White drawings, and the baptism of Virginia Dare, eventually filled two display cases in the library. The compilation, in time, was considered to be an outstanding historical collection. By 1930 it was estimated to contain some 30,000 items. Records from the state's counties and several generations of citizens were made available to the public for research and learning. Colonel Olds, after several years of collecting, was belatedly put on the state payroll at a nominal salary.

Olds received numerous requests for information and advice in the preparation of historical pageants and the preservation of such historic sites as the Constitution House in Halifax and the Philip Alston House in Moore County. He was a member of many boards and commissions such as those dealing with the Battle of Alamance, the sesquicentennial of the Battle of Guilford Court House, and the Andrew Johnson House. Frequently he was asked to contribute historical articles to the News and Observer and the Progressive Farmer. For many years he also wrote for the Orphan's Friend and Masonic Journal, Uplift, Prison News, Carolina Motor News, Manufacturers Record, and other journals as well as for the state's newspapers. He compiled an Abstract of North Carolina Wills and published a popular booklet, Story of the Counties of North Carolina. To spread the word of North Carolina's history, he also lectured at State College summer sessions, at normal school institutes, and in the public schools. One listener commented: "He knew how to brush his enthusiasm off on others." 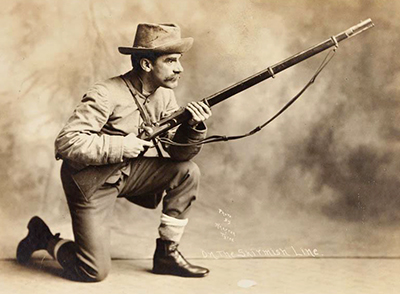 Serving as a modern-day Pied Piper to children all over North Carolina was probably his greatest joy. Olds worked with Boy Scouts and Girl Scouts, formed "Sunshine Clubs," and took school groups on tours of Raleigh and other interesting locations in the state. His methods were sometimes regarded as unorthodox, but his overall purpose was to entertain as well as to instruct. His greatest delight was "to weave around each object displayed a romantic halo" that pleased those who heard him, even if it became necessary, as at least one newspaper suggested, for teachers to clarify historical discrepancies. Olds also conducted tours for convention delegates and visiting dignitaries (such as King Albert of Belgium, Marshal Foch, Sir Esme Howard, and Lady Alicia North, a descendant of Lord North, who gained fame during the American Revolution).

During his lifetime he received awards from numerous civic, educational, and patriotic organizations. The Fred A. Olds Hall of History and a Raleigh public school named in his honor were evidence of an appreciation of his contributions to the community. Later generations of historians regarded him as an "incurable romanticist," forgetting his "magnificent contribution to the people of the state as a vigorous, crusading writer, a great lover of the people of his state and its traditions." On his eighty-first birthday, Olds commented: "I have had plenty of fun, but I am not through yet by a long way." Nevertheless, he died shortly afterwards and was buried in Oakwood Cemetery, Raleigh.

Olds married Mrs. Kate Cannon Primrose in 1878, and they were the parents of two sons: Douglas, who died in 1906, unmarried; and Frederick Charles, whose son of the same name lived in Albuquerque, N.Mex. Mrs. Olds died in 1905.