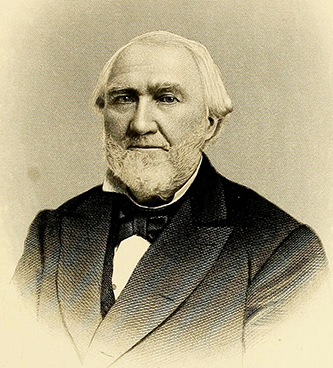 Bartholomew Figures Moore, attorney, was born in Halifax County, the sixth child of James Moore of Virginia and his second wife, Sally Lewis Lowe of Edgecombe County. His father, the son of James and Selah Williams Moore of Southampton County, Va., was a veteran of the American Revolution. His mother was the daughter of Colonel Exum and Elizabeth Figures Lewis and the widow of the Reverend William Lowe. Exum Lewis was a native of Edgecombe County and his wife came from Virginia.

Moore received his early education under John Bobbitt, principal of a school near Louisburg. In 1820 he was graduated with an A.B. degree from The University of North Carolina, which also awarded him an honorary LL.D. in 1868; he served as a trustee of the university from 1840 to 1868 and from 1871 until his death. After studying law under Thomas N. Mann of Nash County, Moore began to practice there in 1823.

During his first years as an attorney in Nash, Moore was notably unsuccessful. As a result of further study, however, he became exceptionally well versed in both statute and common law. In 1824 he supported William H. Crawford of Georgia for president, being opposed to Jacksonian democracy and subscribing to the philosophy of the Old Republicans. When the Whig party was formed, he cast his lot with Henry Clay and the Whigs. In 1828 he lost his first bid for a seat in the House of Commons. In 1835 Moore moved to a farm near Halifax, where he enjoyed a profitable legal practice as well as success in politics. A member of the 1835 constitutional convention, he also served in the House of Commons in 1836, 1840, 1842, and 1844. His defeat in 1838 by one vote was attributed to his support of a bill to give state aid to the construction of the Wilmington and Weldon Railroad (then called the Wilmington and Raleigh). In the legislature he advocated revision of the statutes, internal improvements, public education, and care of the mentally ill and orphans. He did not seek reelection in 1846 because of the need to be out of the state.

In 1848 Moore moved to Raleigh, where he continued his highly successful legal practice. In May of that year Governor William A. Graham named him attorney general following the resignation of Edward Stanly, and in December the legislature elected him to the position. Moore served until May 1851, when he resigned to accept an appointment on the commission to revise the statute law. He, with Asa Biggs and R. M. Saunders, undertook a codification of the statutes, which resulted in the Revised Code of North Carolina . . . 1854.

Bartholomew F. Moore's reputation as an attorney was founded primarily on his brief and argument in State v. Will, decided in 1834. This case, which Moore argued for the defendant, was significant in determining the relationship between master and slave. The court held that slaves had the right to protect themselves against unlawful violence from an overseer—as in this particular case—as well as from a master.

Moore loved North Carolina, but as war approached, he found himself unable to support secession, even though he felt the South had a legitimate grievance. He made his views known in letters to the press and to individuals and in conversations. In December 1860 he wrote to his daughter Lucy deploring the possibility of secession, and on 17 Jan. 1861 he told her that there was nothing new "except the madness of the South." On 15 Apr. 1861, in still another letter, he said: "Civil war can be glorious news to none but demons, or thoughtless fools, or maddened men."

When the Confederate States court opened in Raleigh, Moore appeared as he had previously done in federal courts. Confederate Judge Asa Biggs, formerly a federal judge, ordered the attorneys present to take an oath of allegiance to the Confederate government. In his sketch of Moore as recorded in the proceedings of the centennial of Christ Church, Samuel A. Ashe related that "Mr. Moore took his green bag, in which he always carried his court papers, his walking-stick and his hat, and withdrew from the courtroom, never to return." He continued to practice in state courts, however, where no such oath was required. Moore's only support of the Southern cause was through his service on the Board of Claims.

Later, in his will, Moore explained that he could not support the Civil War without sacrificing all self-respect. "With this horrible picture of anarchy and blood looming before my eyes, I could not, as a patriot, consent to welcome its approach to 'my own, my native land.' And truly was I happy, when I saw the sun of peace rising with the glorious promise to shine once more on states equal, free, honored and united: And although the promise has been long . . . delayed by an unwise policy, and I, myself, may never see the full orbed sun of liberty shine on my country and every part of it, as once it did, yet I have strong hopes that my countrymen will yet be blessed with that glorious Light."

At the end of the war Moore, former Governor David L. Swain, and William Eaton were called to Washington to advise President Andrew Johnson on North Carolina affairs. On 22 May 1865 Johnson told them about his plan of reconstruction, a plan Moore regarded as unconstitutional. Moore also opposed the idea of the president appointing a governor who would, in turn, call a convention. He believed that existing legislatures should be permitted to call conventions, thereby preserving legal continuity. A state convention, so called, could then repeal its secession ordinance and restore its relationship to the federal government. On 23 May, during a second meeting with President Johnson, Moore and his colleagues found a second North Carolina delegation present; this group, led by William Woods Holden, approved the president's plan. Johnson asked the North Carolinians to suggest a nominee for provisional governor and then left the room. When asked to take the chair, Moore refused to discuss the matter further and left, accompanied by Swain and Eaton. Those remaining nominated Holden, who was appointed.

Nevertheless, Moore was elected to the 1865 convention as a representative from Wake County. He drew up the ordinance declaring the 1861 secession ordinance null and void, supported the position that all state offices be declared vacant, but sought delay on repudiation of the war debt. A telegram from Johnson demanded instant repudiation of the debt; Moore, opposing federal intervention, urged the convention to refuse, but he was outvoted. 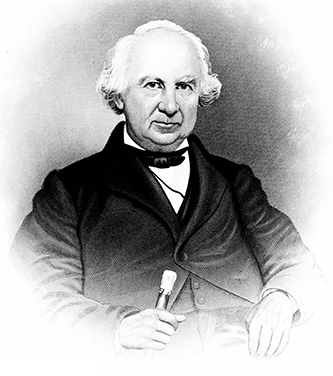 Governor Holden called upon Moore, W. S. Mason, and R. S. Donnell to suggest needed amendments to the laws regarding freedmen. Moore drew up the code—the most liberal legislation proposed by any Southern state on the subject, though it did not give blacks the right to vote or equal legal rights. With few amendments, the ordinance was adopted by the 1866 General Assembly.

In May 1866 the convention met again to consider a state constitution, but the document drafted by Moore and adopted by the convention was rejected by the people. He also was defeated in his bid for a seat in the 1866 General Assembly. Moore was unsympathetic with the conservatives who controlled North Carolina politics between 1866 and 1868 and even more opposed to the radicals. He was pessimistic about the 1868 constitutional convention and about the new constitution itself. Like nearly all old (prewar) Democrats, he felt that members of the constitutional convention were unqualified and "outsiders."

When, during Reconstruction, Chief Justice Richmond M. Pearson and others of the judiciary actively supported the Republican party, Moore, as "father of the bar," drew up a formal protest; the document, signed by him and 107 other lawyers, was published in the Raleigh Daily Sentinel of 19 Apr. 1869. As a result, on 8 June the Supreme Court issued an order barring those protesters who practiced before the high court from appearing there again. The rule was subsequently discharged after the offending attorneys indicated that they had no intention of holding the court in contempt. Moore himself commented on this matter in a letter of 5 July to his daughter: "I expect that you have been somewhat troubled at the war between the Bar and the Supreme Court Bench wherein I am made the most prominent actor . . . I had no purpose to degrade the court. God knows that my only object was to purify and elevate it. The conduct of the individuals composing the court was unbecoming the judge according to my judgement."

Writing to his daughter on Christmas Day, 1870, Moore observed that the impeachment of Governor Holden "was demanded by a sense of public virtue and due regard to the honor of the state. He [Holden] is an exceedingly corrupt man and ought to be placed before the public as a public example of a tyrant condemned and punished."

After the war Moore practiced for the most part in the federal courts. His U.S. Supreme Court practice was extensive. In 1871 he and his son-in-law, John Thomas Gatling, established a law firm in Raleigh.

Moore amassed a considerable estate, including real property, securities, and personal property of value. In his will, dated 12 Aug. 1878, he provided for his children and certain other relatives, left one hundred dollars to each of his former slaves living in North Carolina, and remembered in a tangible way The University of North Carolina, the Grand Lodge of North Carolina, the Oxford orphanage, and Christ Episcopal Church in Raleigh. He was a member of both the Masonic order and Christ Church.

His death followed months of poor health and an enfeebled condition. The Raleigh Observer for 28 November declared: "Ripe in years, full of honors, rich in the confidence and regard of his fellow citizens everywhere, he has ended a long career of unremitting and signally successful labor without a taint upon his honor or a blot upon his escutcheon." After funeral services at Christ Church on 28 November, Moore was buried in Oakwood Cemetery underneath a large oak tree near the lake.

Genealogy of the B. F. Moore family and other family recollections (possession of Bart F. Moore, Raleigh).

Williamson, Jenn. "Summary of Reminiscences of Isaac and Sukey, Slaves of B. F. Moore, of Raleigh, N.C." Documenting the American South, University of North Carolina at Chapel Hill. https://docsouth.unc.edu/neh/capehart/summary.html

Moore, B. F. (Bartholomew Figures). An address delivered before the two literary societies of the University of North Carolina. Raleigh, N.C. : Printed at the Recorder Office. 1846. https://archive.org/details/addressdeliveredmoor (accessed May 24, 2013).