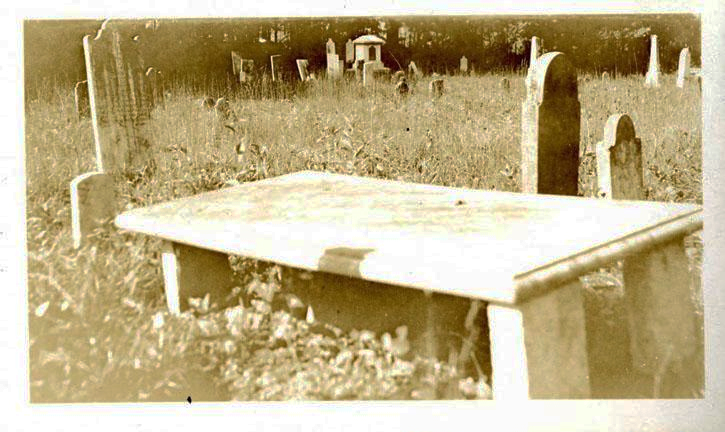 Matthew Locke, colonial and Revolutionary leader and member of Congress, was born in Northern Ireland, the son of John and Elizabeth Locke. His parents moved to Lancaster County, Pa., where his father died in 1744; his widowed mother married John Brandon and moved to Anson County, N. C., probably in 1752, when John Brandon acquired 640 acres on Grants Creek in present-day Rowan County. Matthew, of course, was grown by this time, and on 25 Mar. 1752 he purchased 200 acres adjoining Brandon's farm. Acquiring still more land, he built his home on the road to Charlotte. His chief occupation at this time was trading skins from the backcountry in Charles Town, S. C., for needed articles, some of which he sold in the North Carolina Moravian settlements. He also delivered to Charles Town goods produced by the Moravians. Matthew and his brother, Francis, became wealthy through this trade.

Matthew Locke's first public responsibility came during the Regulator uprising in the backcountry. On 7 Mar. 1771 the officers of Rowan County appointed him and three other men to meet with some Regulators to iron out difficulties that existed between them. Locke and his companions agreed to repay any unlawful fees to those from whom they were illegally extracted. This action mollified the Regulators gathered near Salisbury and they dispersed. Moving into politics, Locke was elected to the colonial Assembly in 1771 and served until 1775.

As the break with England became more apparent, Locke moved decidedly towards the Patriot cause. By this time he was middle-aged and had more to lose than most men of his stature if the cause were lost. In September 1774 he was named to Rowan County's first Committee of Safety, and the next year he became a delegate to the Third Provincial Congress at Hillsborough. Here he served on the committees to persuade the disaffected to be friends of liberty, to finance the colony, and to make arrangements for minutemen throughout the colony. He saw further service on a committee charged with making arrangements for governing the colony in the absence of royal authority when Governor Josiah Martin departed. Governor Richard Caswell afterwards commended Locke for the performance of these duties. In April 1776 he was a delegate to the Fourth Provincial Congress at Halifax. There the members adopted the Halifax Resolves instructing North Carolina's representatives in the Continental Congress in Philadelphia to concur with other delegates in voting for independence, making North Carolina the first colony to take such action.

Later in 1776 he was a member of the Rowan committee on secrecy and intelligence, which probed the activities of those not in sympathy with liberty. In this capacity he was probably responsible for the arrest of John Dunn, a founder of Salisbury, and Benjamin Booth, both of whom were suspected of treason. It was to Locke's home on the Charlotte road that these two men were taken after their arrest. They had signed a document that was later found to support royal authority. Locke also was paymaster of the troops in the Salisbury District, the largest in the state, comprising the six frontier counties.

While a member of the Halifax congress, Locke was chairman of the committee to settle and allow military accounts. As a member of the final (Fifth) Provincial Congress at Halifax in November 1776, he participated in drawing up the state's first constitution. Between 1771 and 1780, as a member of the House of Commons, Locke was generally occupied with procuring supplies for the Continental army as well as the state militia. His experience as a trader enabled him to purchase in 1778 a great quantity of skins which he sent to Pennsylvania to be made into shoes for troops. In the same year John Moore, a Tory, gathered about two thousand troops in Tryon County. To meet this threat, a force of equal number was called out and directed to assemble at Salisbury. Because General Griffith Rutherford was absent in South Carolina at the time, Matthew Locke was appointed brigadier general pro tempore of the Salisbury District to command the force. He had no chance to engage the enemy, however, as the Tories dispersed on orders of Lord Charles Cornwallis, the British commander.

Locke served in the North Carolina House of Commons (1777–80, 1783–84, 1785, and 1789–93) and the state senate (1782 and 1784–85). At the national level, he was a member of the last Continental Congress, sitting from 3 Nov. 1788 to 2 Mar. 1789. On many social and political questions of the day, Locke took a resolute and conspicuous stand in the state legislature. He favored giving ministers of all denominations the right to perform marriages, and he advocated the abolition of property qualifications for suffrage and officeholding, championing the cause of universal manhood suffrage. In so doing he anticipated this reform by almost a century. In education, he supported the bill for founding and endowing Queen's Museum at Charlotte and promoted a bill to establish a state university.

As a delegate to the Hillsborough Convention of 1788 to consider the new U. S. Constitution, Locke spoke for the poor, radical, and democratic farmers who were apprehensive that the new government would be expensive and oppressive. The opponents by a vote of 184 to 84 adopted a resolution neither rejecting nor ratifying the Constitution, but declaring that a declaration of rights ought to be laid before the Congress to be incorporated into the new Constitution. In the second convention, which met in Fayetteville in November 1789, Federalists overwhelmed the opponents and North Carolina adopted the Constitution. Locke, however, still opposed, voted with the minority.

The Federalists, riding a wave of popularity, elected John Steele of Salisbury as the congressman from their district. He was reelected, but the policies of his party, which he advocated, proved to be unpopular, and in 1793 Matthew Locke, "the honest farmer," replaced Steele. In Congress, Locke became a charter member of Jeffersonian democracy in North Carolina. He consistently followed the lead taken by North Carolinian Nathaniel Macon, a Jeffersonian who was Speaker of the House.

Locke was seldom given to oratory and rarely spoke on the floor of Congress. However, he broke the rule when he made a forceful speech in December 1796 against a bill calling for the payment of state debts. Locke denounced the "unfairness and privacy of the settlement," as North Carolina owed the federal government half a million dollars when it had assumed that it would be a creditor.

Although an elderly man, Locke was reelected in 1796 and in 1798 to serve four more years in the House of Representatives. In the election of 1800 the "honest farmer" lost to Archibald Henderson, the "professional gentleman" who was a Federalist, and so ended Locke's public career. Basil Gaither of Salisbury defended Locke in his last bid for office by stating that he trusted farmers more than lawyers (Henderson was a lawyer) "who jump out of the cradle into college, and out of college into government, such men not having a feeling sense of the necessities of the great mass of mankind whom they represented."

Following Locke's death, an obituary in the Raleigh Register edited by Joseph Gales, a staunch Jeffersonian, bemoaned the passing and called him a "friend and fixed Republican" who had "served his state admirably in Congress." He was buried in Thyatira Presbyterian Church cemetery in Rowan County.

Locke was married first to Mary, a daughter of Richard Brandon, and had at one time four sons in the Revolution. One of them, Lieutenant George Locke, was killed at Kennedy's farm near Charlotte in a skirmish with the British. According to Census data, Matthew Locke's household in 1790 consisted of three males over age sixteen, including himself, two males under sixteen, two females, including his wife, and twenty-seven enslaved people. Mary Locke died on 31 July 1790. While in Congress Locke courted and in 1798 married Elizabeth Gostelowe, widow of a Philadelphia cabinetmaker.