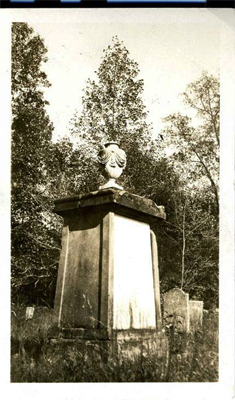 Francis Locke, Revolutionary soldier, farmer, trader, and carpenter, was born in Northern Ireland, the son of John and Elizabeth Locke who moved to Lancaster County, Pa., when Francis and his brother, Matthew, were young. Francis was still living in Lancaster County in 1738. The older Locke died in 1744, his widow married John Brandon, and about 1752 the family moved to Anson (now Rowan, formed from Anson in 1753) County, N.C. In 1753 Francis purchased 640 acres from his stepfather and established his home four miles west of Salisbury on the Lincolnton road. He and Matthew began dealing in skins and operated a fleet of wagons from the frontier of the colony to Salisbury, Salem, and Charles Town, S.C., in a profitable trade that netted them a comfortable living.

Whether Locke had previous military training in Pennsylvania is not known, but in 1759 Governor Arthur Dobbs commissioned him an ensign under Captain Griffith Rutherford in the Rowan regiment commanded by Colonel Adlai Osborn. By 1764 he was interested in politics, and the best way to attain office in those times was to become a tavern owner. In that year he was licensed to operate an ordinary at his dwelling house; there he could meet and entertain his countrymen and become a familiar figure. Although it was unlawful for a tavern owner to be appointed sheriff, the highest local office in the colony, Locke was recommended to Governor Dobbs by the county court as the best candidate for that office. He was appointed and served a year and a half (1765–66).

Locke's term as sheriff fell during the Regulator's rising against abuse in government and improper taxes. It was the worst possible time to be sheriff, for it was his duty to collect taxes while also keeping the peace. In this undertaking Locke was not successful. He was able to collect taxes from only about 1,000 of the 3,043 taxables and had to explain to the satisfaction of the county court why this was so. He pointed out that he had done his utmost to collect taxes but had been violently opposed. In one instance, he explained, when he seized a certain sorrel gelding from James Dunlap in lieu of taxes, fifteen of Dunlap's friends came to his aid and rescued the gelding from Locke.

Between his political and military service, Locke worked as a carpenter and as a planter. Tax returns for 1768 reveal that he owned four slaves. Unsullied by his experience as sheriff, Locke held the confidence of the next royal governor who appointed him coroner in 1773. The county court also relied on Locke to lay out roads, build bridges, and keep the jail in repair.

With the coming of the Revolution, Francis Locke came to the attention of the Provincial Congress. On 9 Sept. 1775 he was appointed lieutenant colonel of the minutemen of Rowan County under Colonel Griffith Rutherford. Assuming his new duties, Locke was almost immediately involved in the "Snow Campaign" in up-country South Carolina when North Carolina helped to quell an uprising there. In April 1776 the Provincial Congress promoted him to colonel in the First Regiment of the Rowan militia. That spring, when the Cherokee took up arms against the back settlers, Locke and his men accompanied Rutherford on an expedition against them. The campaign succeeded in laying waste the Indians' towns and suppressing any further threat from them.

During 1777 and 1778 Locke was busy keeping an eye on the Tories in the state, as there was little other activity in the South at that time. In 1779, however, he was under the command of General John Ashe when they were sent to Georgia to fight the British, who had recently taken Savannah. Against the remonstrances of Ashe, General Benjamin Lincoln pushed forward his troops at Briar Creek, where they were surprised and defeated by General Augustine Prevost. After the battle Colonel Locke was a member of the court-martial to examine that disastrous affair.

Locke and his Rowan militia moved towards Charles Town and scouted for the American army, but they did not participate directly in the Battle of Charles Town which resulted in the city's capitulation. Next, Locke was called upon to disperse a gathering of Tories in Lincoln County under Colonel John Moore in 1780. With 400 militiamen from Rowan, Mecklenburg, and Lincoln counties assembled at Mountain Creek, Locke marched on the night of 19 June some eighteen miles towards Ramsour's Mill. The next morning he made a sudden attack on the enemy and after a fierce engagement routed the Tories in a battle that lasted about an hour and a half. Each side lost about 150 men, and only about 300 of Moore's soldiers were able to join the British in South Carolina. This significant victory threw the Tories in western North Carolina into confusion. The Loyalist Samuel Bryan collected 800 men in the forks of the Yadkin and made his move. He led them down the Yadkin River into South Carolina with Locke and General Rutherford close on their heels.

In Lord Charles Cornwallis's first invasion of North Carolina in 1780, Locke served as the eyes for the American army, keeping between Cornwallis and Colonel Patrick Ferguson who was then in Burke County. Locke's troops served as a "force in being" held in readiness to attack Ferguson should he move towards Charlotte. Ferguson was decisively defeated at Kings Mountain, and Cornwallis retreated back into South Carolina.

Locke was not called upon again until the second British invasion of the state early in 1781. In the retreat of General Nathanael Greene and his American army across the state, Locke was instrumental in helping to delay the advance of Cornwallis. After leaving Salisbury, Cornwallis, unable to cross the Yadkin River at Trading Ford nearby, chose a northern route to the upper fords of the Yadkin. On his advance, Locke and his one hundred Rowan militiamen had stationed themselves at a bridge across Grants Creek (some historians say Second Creek) near Salisbury. The van of Cornwallis's army, seeing Locke's troops engaged in destroying the bridge, attacked but were repelled. Colonel Banastre Tarleton dispatched his soldiers up and down the stream and came in behind Locke. The Americans fled but only one man in Locke's force was wounded. Following this skirmish Locke was placed under the command of General Andrew Pickens, who dogged Cornwallis's march through the state and hampered his movements until the Battle of Guilford Court House in March 1781. Locke did not participate in that engagement but remained as a bulwark to the backcountry in the event the British moved in that direction. Cornwallis chose instead to march to Wilmington and then to Yorktown, where the war ended. Locke remained in the army until 8 Nov. 1784, when he resigned his commission.

As an officer Locke earned the confidence of the people he served. Even the harassed Moravians spoke of him as being friendly when he requisitioned stores from their dwindling supplies in 1781. After his resignation from the army he retired to his plantation. In 1794 the Rowan court appointed Locke to succeed William Sharpe as attorney for the state. He died two years later and was buried in Thyatira Presbyterian Church cemetery, where his grave is marked by a simple stone bearing his name.

Locke married Ann Brandon, and they were the parents of four sons and three daughters. One son, John, was an officer in the Revolution; a daughter, Margaret, married George Gibson and after his death married Richard Armstrong. Another son, Matthew, married Nancy Brandon, while another, Francis, became a superior court judge from 1803 to 1813 and afterwards was elected to Congress. The other children were Ann, Mary Locke, and William. William married Elizabeth Marshal and moved to Kentucky.