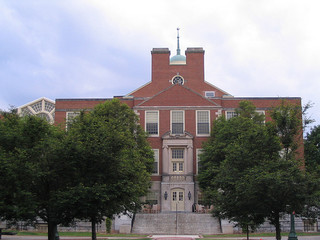 The North Carolina Baptist Historical Collection at Wake Forest University in Winston-Salem grew out of the work of the North Carolina Baptist Historical Society, established in 1885. The society began the collection and preservation of Baptist newspapers and other periodicals, college catalogs, minutes of Baptist associations and conventions, and other publications of historical value to North Carolina Baptists. Much valuable material originally was collected and kept in Raleigh under the supervision of the general secretary of the Baptist State Convention. By 1922 the collection had far outgrown the space that could be devoted to it, and negotiations were begun to move it to Wake Forest (then Wake Forest College, in Wake County), under special provisions that did not surrender the claim of the convention to the material. The removal was begun at that time but was not completed until a fireproof extension to the library was built in 1926.

Mrs. Avis Stearns Van Waggenen in her Stearns genealogy reports: "About 1750 with his sons and daughters and their families left Tolland on account of ecclesiastical difficulties...a pamphlet was published at the time giving an account of the troubles..." Do you have the pamphlet?

Thanks for visiting NCpedia and posting your question.

I'm unable to find the reference to the pamphlet in Mrs Van Wagenen's publication.  I'm also including here a citation and a link to her Genealogy from Internet Archive.

The librarians here at the Government & Heritage Library may be able to help you locate the pamphlet if it exists.

You can find their contact information at http://statelibrary.ncdcr.gov/contact.html.  I am also sending this reference referral to the email address you included with your post.

Thanks again for visiting NCpedia -- please visit us again and good luck with your research!