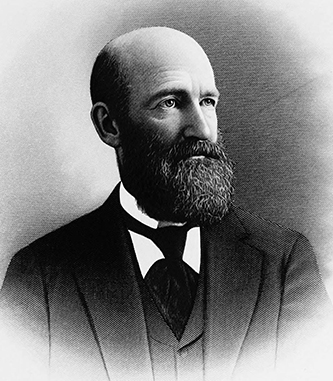 Charles Elisha Taylor, Baptist minister and college president, was born in Richmond, Va., the son of James Barnett and Mary Williams Taylor. His father, who was born in England, was the first corresponding secretary of the Foreign Mission Board of the Southern Baptist Convention. His mother was the daughter of the Reverend Elisha Williams, who had served in the American Revolution, and his wife's great-grandfather was Rector Elisha Williams, president of Yale College.

At age fifteen Taylor entered Richmond College but left to join the Confederate army the day Virginia passed the Ordinance of Secession. He served with the Tenth Virginia and with the Signal and Secret Service Bureau in Richmond. After the Civil War, he opened a school for a short time and then entered the University of Virginia at Charlottesville. He was graduated with a B.Litt. in 1870. After spending a few months in Europe, he accepted the position of professor of Latin and German at Wake Forest College. He served in this capacity from 1870 to 1883. In 1883–84 he was professor of Latin and moral philosophy. He received honorary doctorates from Richmond College, The University of North Carolina, and Mercer University.

He was ordained on 23 Apr. 1871 by Washington Manly Wingate, president of Wake Forest College. Assisting him was James B. Taylor, the father of Charles Elisha. On occasion he filled the pulpit of the Wake Forest Baptist Church and served surrounding Baptist churches at Franklinton, Louisburg, and Perry's Chapel. Thirteen years later, on 11 Nov. 1884, the Wake Forest board of trustees met in Raleigh and elected Taylor president to fill the vacancy created by the resignation of Thomas Henderson Pritchard.

Taylor's primary contribution to the college was a movement (begun in 1875 while he was still a professor) to increase its endowment. As president he kept a steady appeal before the Baptist people to help Wake Forest. In 1883 he made an extensive trip among the Baptists in the North and was successful in interesting J. A. Bostwick to contribute Standard Oil Company stock as an endowment to the college. The initial donation was followed by others: $12,000 in 1885, $50,000 in 1886, and $13,000 in 1891. These large donations and thousands of smaller ones formed the basis on which the college grew. The endowment increased from about $100,000 to more than $300,000 during Taylor's administration.

The curriculum of the school grew as Taylor introduced the elective system in 1887. The School of Law was organized in 1894 and the School of Medicine in 1902. A number of departments were added: Modern Language in 1888, Religion in 1896, History and Political Science in 1898, Physics in 1899, and both Education and Physical Culture in 1900. Faculty increased from seven professors to seventeen and the student enrollment from 150 to 328. Three new buildings were erected with adequate lighting, running water, and comfortable seats in the classrooms. Special attention was paid to the campus with the planting of magnolias and other trees and shrubs and the building of a rock wall around the property.

Taylor was an outspoken proponent of public school education. His articles in the Biblical Recorder, later appearing in a volume entitled How Far Should a State Undertake to Educate? (1894), were very influential in this area. He also suggested the formation of an orphanage association, contributed to its success, and "put hope, courage, and inspiration into the heart of [John Haymes] Mills."

In addition to his articles and weekly reports to the Biblical Recorder and essays, biographical sketches, and sermons in the Wake Forest Student and the North Carolina Baptist Historical Papers, Taylor published a poem—"Gilbert Stone, the Millionaire"—in 1891. His most notable work was The Story of Yates the Missionary  . . . (1898). He also wrote an article that appeared in Baptist, Why and Why Not  . . . (1900) and two undated pamphlets, A Familiar Talk with Young Men and a Symposium and What Were the Best Things Wake Forest Did for Me. He compiled the college's first alumni directory, the General Catalogue of Wake Forest College North Carolina, 1834–5–1891–2 (1892), which contains much information of a biographical nature.

After his retirement as president of Wake Forest College in 1905, Taylor continued to teach as professor of moral philosophy until his death a few hours after suffering a severe heart attack. His funeral was conducted by Willis Richard Cullom and W. N. Johnson, pastor of the Wake Forest Baptist Church. He was buried in the cemetery at Wake Forest.

Thank you for your note. We

Thank you for your note. We're so glad you enjoyed the article.

Charles E. Taylor was my

Charles E. Taylor was my great-great grandfather. This was a very informative article and very enjoyable to see posted here. Thank you.