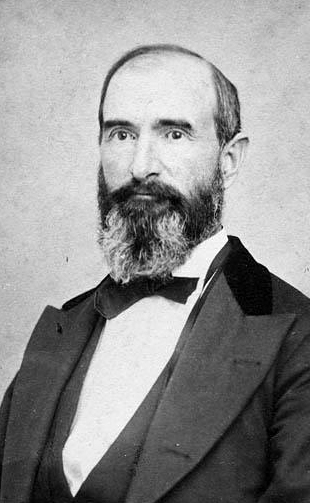 Thomas Sparrow, III, Confederate officer, lawyer, and legislator, was born in New Bern. His parents were Thomas, II, a shipbuilder, and Jane Jennette Sparrow, the daughter of Paul (12 Mar. 1743–21 Oct. 1798) and Ann Jennette Sparrow (22 Feb. 1753–16 Dec. 1809). From 1836 to 1839 young Sparrow attended Caldwell Institute in Greensboro. In October 1839 he entered the sophomore class at Princeton and in 1842 was graduated as valedictorian. He then read law under Judge William Gaston in New Bern and was licensed to practice; from Princeton he received the customary M.A. degree.

In 1847, the year he was licensed to practice before the superior court, Sparrow settled in Washington, N.C., where he formed a partnership with another New Bern native and fellow Whig, Edward Stanly. In 1853 he wrote the well-known history of a dramatic criminal trial, North Carolina v. the Reverend George Washington Carrawan. He served as chairman of the Eighth Congressional District Whig Committee and in 1856–57 as a representative in the General Assembly. He was also a ruling elder of the Presbyterian church.

In 1859 Sparrow moved his family to Arcola, Ill., but around the outbreak of the Civil War, he moved them back to Washington. There in April 1861 he raised a company of Beaufort County volunteers, the Washington Grays, for which he served as captain.

While at Portsmouth Island waiting for transportation to northern Virginia, Sparrow and his company were called to assist in the defense of Fort Hatteras, where in August 1861, after a bombardment of some 3,000 shells, they were surrendered with the garrison to Union forces. He and his troops were held as prisoners of war at Fort Columbus, Governor's Island, N.Y., and at Fort Warren, Boston Harbor, Mass., until February 1862, when they were exchanged and paroled to North Carolina. Sparrow was then ordered to Fort Fisher, where he assisted in building forts along the Cape Fear River. He was promoted to major of the Tenth Regiment of North Carolina Artillery and, among other duties, commanded the city garrison of Wilmington.

At home on sick leave when the war ended, Sparrow refused to surrender and paddled twenty miles in a small boat in order to escape with his sword. So adamant were his loyalties to the Confederacy that for several years after the war, according to one writer, "he led a laborious life as a farmer, rather than take the oath of allegiance."

Afterwards, in partnership with James Edward Shepherd, who was later a supreme court justice, Sparrow resumed his law practice in Washington and during the sessions of 1870–72 and 1879–80 served as a conservative Democrat in the General Assembly. On 15 Dec. 1870, as chairman of the House Judiciary Committee, he was manager for the house in the impeachment of Governor William W. Holden. He was also active in establishing Confederate veterans' organizations.

On 7 May 1844 Sparrow married Ann Mariah Blackwell, the daughter of John Blackwell of New Bern. They had six children: George Atmore, Annie Blackwell, Margaret Justice, Elizabeth, Caroline, and John Blackwell. Sparrow, his wife, and some of his descendants were buried in Oakdale Cemetery, Washington.

"The Washington Grays," Carolina and the Southern Cross 1 (October 1913 [portrait]).

dcbh. "3 October 1861: 'An improvement in the treatment of the prisoners at the Castle & the Baltimore political prisoners. Taken out to walk & sun, twice a day.'" The Civil War Day by Day (blog). Louis Wilson Round Special Collections Library, University of North Carolina at Chapel Hill. 3 Oct 2011. http://www.lib.unc.edu/blogs/civilwar/index.php/2011/10/03/3-october-1861-an-improvement-in-the-treatment-of-the-prisoners-at-the-castle-the-baltimore-political-prisoners-taken-out-to-walk-sun-twice-a-day/ (accessed June 3, 2013).

dcbh. "4 October 1861: 'He has many admirers & strangers who visit the island, exhibit great eagerness to get a sight of him.'" The Civil War Day by Day (blog). Louis Wilson Round Special Collections Library, University of North Carolina at Chapel Hill. 4 Oct 2011. http://www.lib.unc.edu/blogs/civilwar/index.php/2011/10/04/4-october-1861-he-has-many-admirers-strangers-who-visit-the-island-exhibit-great-eagerness-to-get-a-sight-of-him/ (accessed June 3, 2013).