William Dossey Pruden, lawyer, churchman, and Confederate officer, was born near Harrellsville, a son of Nathaniel and Martha Garrett Riddick Pruden. After attending Union Male Academy in his home community, he entered Trinity College in 1863. At age seventeen his studies were interrupted when he enlisted in the Confederate army during the last two years of the Civil War. He was promoted to second lieutenant of Company K, Seventieth Regiment of North Carolina troops under Colonel F.S. Armistead. Composed of Junior Reserves, this regiment served in eastern North Carolina and Virginia in 1864. It participated in the Battle of Kinston and won high praise for its conduct at the Battle of Bentonville, where Pruden was wounded. In April 1865 Pruden's regiment served as rear guard to General Joseph E. Johnston's forces as they passed through Raleigh. The Seventieth Regiment proceeded to Redcross in Randolph County and finally camped at Bush Hill, near Trinity College, where it remained until it was paroled on 2 May 1865. 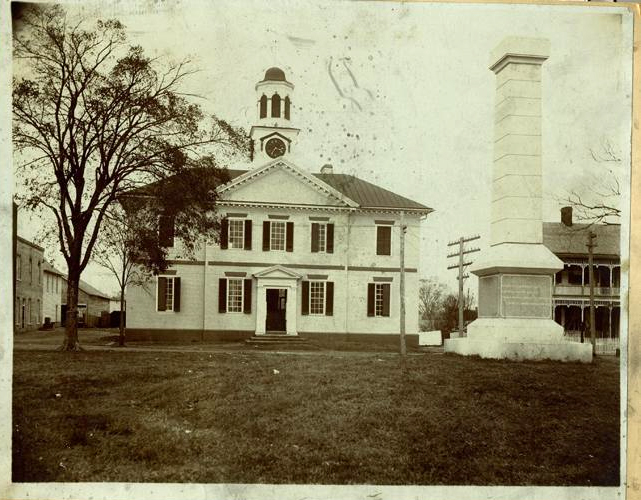 Pruden entered the University of Virginia in 1865 and remained for two years. He then began to study law under Judge Richmond Pearson at the law school Pearson conducted at his home, Richmond Hill, in Yadkin County. Pruden was admitted to the bar in 1868. For a short time he practiced in Winton, the seat of his native county, before moving to Edenton. Soon after settling there, he formed a partnership with Major H. A. Gilliam, who later was appointed a judge of the superior court and moved to Raleigh. Pruden then established a partnership with C. S. Vann and still later practiced with W. B. Shaw, John G. Branch, and finally with his son, J. Norfleet Pruden. In time he came to be recognized as the leading lawyer in the Albemarle section and was associated with the most important litigation of his day and locality. Held in high esteem among his colleagues statewide, he was patient, studious, and attentive to his engagements. His integrity and devotion to truth, duty, and principle were apparent throughout his career. The courts respected him and juries believed him.

Pruden was elected mayor of Edenton in May 1877 and served until 14 December 1880, when he resigned. On 5 January 1880 he was named legal adviser to the Chowan County Board of Commissioners, a post he held for thirty-eight years, until his death. In 1882 he also served as an examiner of candidates for the U.S. Military Academy. Pruden was a leader in the movement to organize the Bank of Edenton, which was chartered in October 1894 and opened early the next year. At its foundation he was a director, an original stockholder, and a first-day depositor.

In July 1886 Governor Alfred M. Scales appointed Pruden to the commission to rerun and mark the boundary between Currituck, Camden, and Gates counties and Virginia. The work of the commission lasted for two years and the report was submitted to the governor in December 1888. In 1889 Governor Daniel M. Fowle appointed Pruden to a commission to attend the annual meeting of the American Forestry Congress in Philadelphia. In addition, for twenty-five years prior to January 1909, he was division counsel for the Norfolk and Southern and the Atlantic Coast Line railroads.

Wake Forest College awarded him an honorary doctor of laws degree in 1891. An active churchman, Pruden was elected to the vestry of St. Paul's Church, Edenton, in 1897 and to the chancellorship of the Diocese of East Carolina; he served in both positions until his death. He also was frequently a delegate to the annual convention of the diocese. As a member of the Masonic order Pruden held a number of leadership posts. He was a member of the North Carolina Bar Association from its founding in 1899 (president, 1903) and served on the board of trustees of The University of North Carolina for two terms (1891–97, 1901–9).

In 1894 Pruden helped found and was a charter member of the Roanoke Colony Memorial Association and played a leading role in its activities. He held a number of offices in the organization, including that of president, and took the lead in the acquisition of property on Roanoke Island that later became the Fort Raleigh National Historic Site and the locale for the production of the outdoor drama, The Lost Colony.

An active, behind-the-scenes Democrat, Pruden neither held nor aspired to hold political office. He died in a hospital in Norfolk, Va., and was buried in St. Paul's Episcopal churchyard, Edenton. His descendants own a portrait of him and the Shepard-Pruden Memorial Library in Edenton recognizes his contributions to the community.