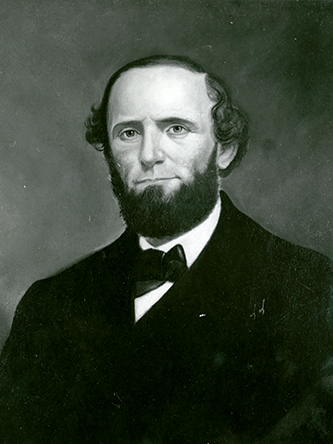 Edward Wood, businessman, was the son of Edward (d. ca. 1829) and Elizabeth (1793–1876) Wood. A resident of Gatesville, he opened a sawmill there in 1843 and made barrel headings and staves in addition to shingles. A year later he set up his Montpelier fishery, where his workers caught fish from the Albemarle Sound during the spring fishing season and salted them down or packed them in ice for sale at markets. In 1845 he had accumulated enough savings from his businesses to buy several town lots in Gatesville as well as slaves and approximately 800 acres of land belonging to his father-in-law's estate, which was in financial trouble. In 1850 he acquired partial ownership in a steam mill at Hertford.

During these years Wood moved his family to Greenfield Plantation, in Chowan County, which he had purchased from the Creecy family; it was located fourteen miles east of Edenton along the northern shore of the Albemarle Sound. At Greenfield he cultivated 800 of his 1,934 acres of land and grew wheat, corn, and oats. He also raised cattle, hogs, and sheep and set up another fishery. As Wood prospered, he channeled some of his profits into purchasing slaves to work in his fields and at his fisheries; by 1860 he owned forty-six. In 1856 he bought town lots in Edenton and became a co-partner in the mercantile firm of J. M. Cox and Company of Hertford. He also became president of the Albemarle Steam Navigation Company, which owned steamboats and schooners that carried freight and passengers.

During the Civil War Wood continued to operate his fisheries. With the occupation of North Carolina by Federal forces, however, his business routines were interrupted. The military government feared that fishermen would cross Federal lines in the Albemarle Sound to trade with enemies of the United States and so forbade fishing. In February 1863 Wood complained to authorities about the regulation, arguing that the residents of Edenton needed food, and received permission to fish. But almost as soon as he began spring fishing on a limited scale, he was arrested for having "become obnoxious . . . by the free expression of his sentiments"—evidence suggests that a Federal gunboat interfered with his fishermen—and held as a hostage pending the release of a prisoner taken by the Confederate forces. Fortunately, by the end of March Wood was released from his parole and obligations involved in the exchange of prisoners. Yet the brief episode showed Edenton citizens' loyalty to Wood, in particular that of James Cathcart Johnston, who participated in negotiations to free him. Shortly afterwards Johnston named Wood one of his heirs and a coexecutor of his estate. 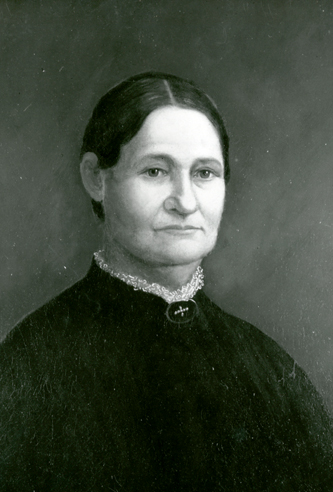 In 1865 Wood inherited Johnston's Hayes Plantation, located east of Edenton across Queen Anne's Creek and Edenton Bay. Moving his family from Greenfield into the handsome house at Hayes, he began farming the approximately 1,400 acres of land. This property, in addition to his other land and fisheries that had survived the war unscathed, gave Wood economic security at a time when the state was struggling to recover its prewar strength, and he became instrumental in helping rebuild Edenton's economy. Countless persons asked him for loans and jobs on his steamboats or at his farms and fisheries. Managing about 5,000 acres at Hayes, Belvedere, Mulberry Hill, Atholl, Greenfield, Somerset, Ashland, Winslow, and Spruill farms, he hired laborers to work the fields in addition to renting land to sharecroppers. The major crops—cotton, corn, small fruits, and vegetables—were grown for sale at markets. His fishermen continued to harvest large quantities of shad, perch, rock, and herring from the Albemarle Sound. The fish were packet for market at five fisheries along the sound—Skinner Point, Greenfield, Montpelier, Frying Pan, and Drummond Point.

As Wood's wealth steadily grew, he invested some of it in stock of the Albemarle and Chesapeake Canal Company and the Seaboard and Roanoke Railroad Company. Both firms were ones in which Wood had a vital interest because he used their services to ship his fish and crops to market.