John Alsey Park, journalist, was born in Raleigh, the son of Benjamin Franklin and Frances Beavers Park. His ancestral lines extended from Scotland and Ireland on his father's side, and from Great Britain and France on his mother's. John Quincy Adams was a prominent American of his mother's family. With early schooling in Raleigh, Park entered the North Carolina State College of Agriculture and Engineering (now North Carolina State University) and was graduated in 1905 at age nineteen with a degree in mechanical engineering.

His professional career began in 1906, when he was a teller in a Raleigh bank; he soon left to become manager of the Carolina Machine and Garage Company. Park was a pioneer automobile owner, and in 1908 he drove the first automobile from Raleigh to Morehead City, a trip of less than 150 miles that took two days and one night and required the building of several temporary bridges. This interest gave him the opportunity to help write the first vehicle laws for North Carolina, and forty years later he served by gubernatorial appointment on the state's Advisory Committee on Highway Safety.

Newspapers were the major interest of Park's life, however. He bought the Raleigh Times, an afternoon daily, in 1911 and was its editor and publisher until that paper was sold to the News and Observer forty four years later (1955). Over the years he also owned papers in Fayetteville, New Bern, and Greenville and was the owner and publisher of Turner's Almanac. 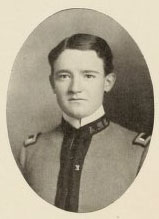 If John Park had one hobby, it was travel. When just out of college, he signed on a cattle boat to Europe; his two companions were O. Max Gardner, later governor of North Carolina, and Robert R. Reynolds, later U.S. senator. Subsequent travel took him to Europe five times; to Central America, three times; to South America, twice; as well as to Alaska, Greenland, Newfoundland, North Africa, Labrador, and most of the continental United States. Incident to his journeys, he was an early passenger (1949) on small jets and was a guest of the government on the speedy trial run of the Leviathan from Boston to Cuba. The readers of his newspaper were treated to interesting reports on all of those trips.

A by-product of one visit to Germany (1947) was a project that attracted international attention. After a twelve-year-old girl asked Park for "something to read," he returned home and promoted the collection of books for shipment abroad. More than five million books and magazines were sent through his book aid program, for which he had the continuous cooperation of General Lucius D. Clay and Captain Eddie Rickenbacker.

The editorial page of the Raleigh Times was described as "expressing conservative political and economic views," but those views did not limit his crusades on behalf of such causes as the enforcement of the prohibition laws, his attacks on professional gambling and petty racketeering, and his advocacy of the council-manager form of government for Raleigh. He was a strong believer in the national defense against ideologies conflicting with those of the United States. A classic line appeared in one of his editorials in the early days of the Korean War: "I believe in peace at any price—even to fighting for it."

John Park was closely allied with the Rotary Club of Raleigh (charter member, president, and district governor), North Carolina Press Association, Southern Newspaper Publishers' Association, Carolina-Virginia Highway Association, chamber of commerce, community chest, YMCA, Civic Music Association, Boy Scout Council, Executives' Club, Wake County Sunday School Association, Sons of Confederate Veterans, and Sons of the American Revolution. In all of these organizations he held high offices and served on important committees. He was for many years chairman of the Wake County Board of Education, and during World War I he was chairman of War Savings for Wake County. In the same period (1917–18) he was a member of the Selective Service Board and a representative of the Government Intelligence Service. For a number of years, he was a member of the board of trustees of North Carolina State College.

He married, on 23 Dec. 1909, Lily Helen Pair of Kenly, and they had four children: John A., Jr., Albert P., Ben F., and Elizabeth (Mrs. Mark G. Lynch). Park died at age seventy at his home in Raleigh. Funeral services were held at the Hayes-Barton Methodist Church, and interment followed in Oakwood Cemetery.

John Park was an indefatigable worker, often at his desk before sunrise and remaining until after 5:00 P.M. Most of his weekday evenings were spent at community meetings. He was a respected citizen of Raleigh and elsewhere, enjoying a wide reputation through his multiple contacts in Rotary and his association with journalists around the state.

Richardson, William H. Plenty of obstacles and some mistakes could not keep John A. Park from becoming one of the South's outstanding publishers at age of forty. Atlanta, Ga: Ernest H. Abernathy Pub. Co. 1926. https://www.worldcat.org/title/plenty-of-obstacles-and-some-mistakes-could-not-keep-john-a-park-from-becoming-one-of-the-souths-outstanding-publishers-at-age-of-forty/oclc/505786049 (accessed September 9, 2014).