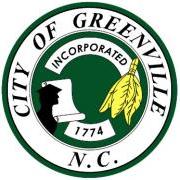 Greenville is the county seat of Pitt County. It was established by statute in 1771 (incorporated 1774) as Martinsborough, named in honor of Josiah Martin, the last Royal Governor of the colony. The town was renamed Greenesville in 1786, in honor of the Revolutionary War general Nathanael Greene, and the name was gradually shortened to Greenville.

Originally peopled by the Tuscarora Indians, the land around Greenville was slowly re-settled in the early 18th century by immigrants moving up the Tar River or down from Virginia and the Albemarle region. Early settlers engaged largely in subsistence farming and some tobacco cultivation. By the 1840's, the area had developed a small but thriving cotton culture, and the town, situated at the intersection of the river and the plank road from Wilson, became a regional link between the Piedmont and the trading cities on the coast during the antebellum years.

Greenville's status as a transportation hub on the Tar River made it a potential target for operations during the Civil War. Though no major fighting occurred, the town was 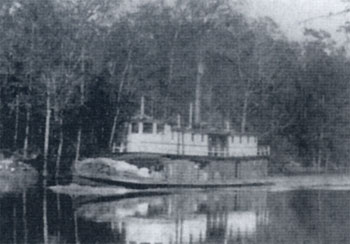 fortified and entrenched, and several skirmishes took place in and around it. Recovery from the war was slow, and because of war casualties and out-migration, the population of the city dropped to about 600 by 1870. Tobacco processing and storage increased in the 1880's, and this factor, coupled with the arrival of the railroad, created favorable conditions for expansion, so that by the turn of the century the population had reached more than 4000..

Education--always a priority in the town, with its first academy chartered in 1787--was considerably enhanced when the state chartered the East Carolina Teachers Training School in 1907. Within a few years, the Training School was a four year college, and by 1967 had become East Carolina University, adding the Brody School of Medicine in the 1970s.

Culturally diverse and vibrant, the city currently plays host to the Four Seasons Chamber Music Festival and the Billy Taylor Jazz Festival, as well as being the home base for many of the top BMX riders in the world.