Guy Owen, teacher and writer, was born of Welsh and English ancestry in the Elkton community near Clarkton (called "Clayton" in his fiction) in Bladen County ("Cape Fear County"), the oldest of four sons of Margaret Ethel Elkins and Guy Owen, Sr. His brothers were James Eugene (d. 1965), Charles Cowan, and Ronald Earl. John Owen, governor of North Carolina (1828–30), was a brother of their great-great-great-grandfather. 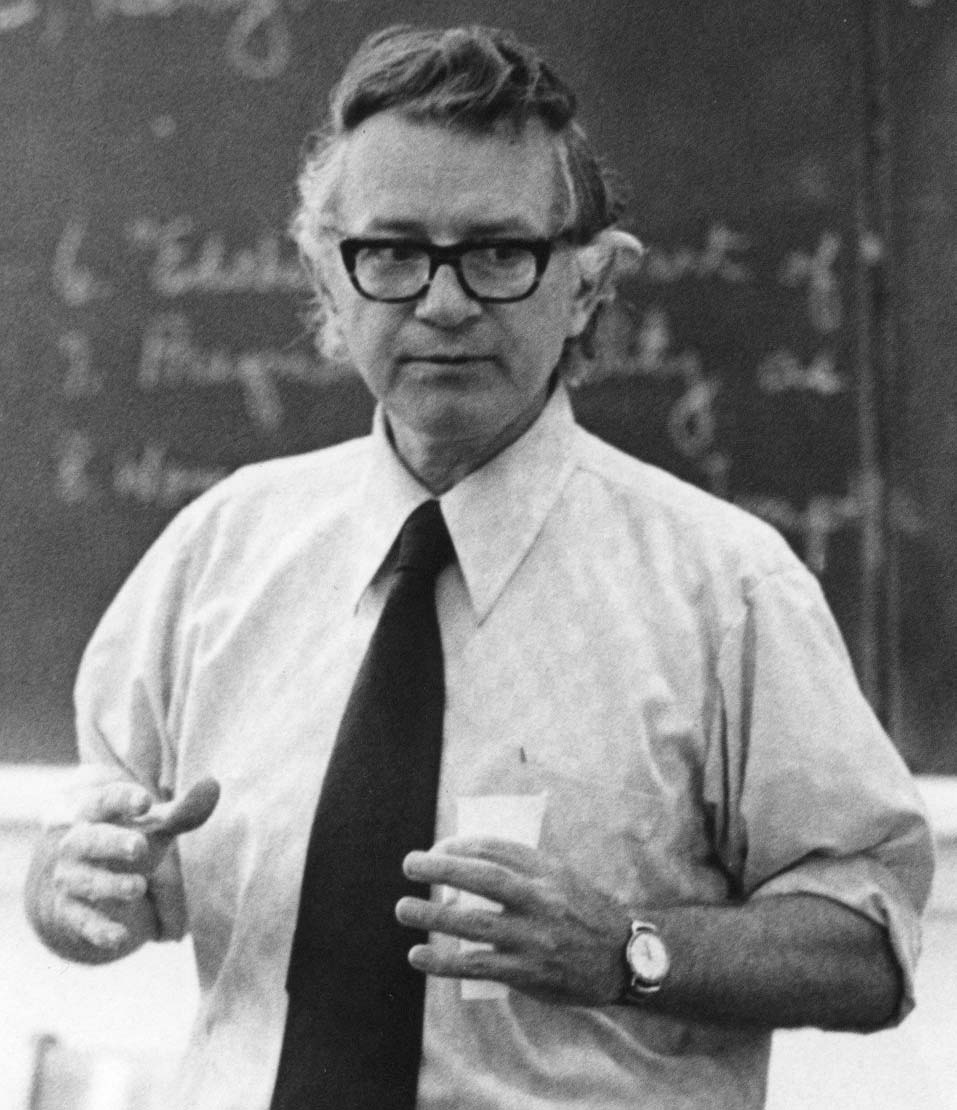 During Guy Owen's childhood, the family lived for a while in Florida and South Carolina but returned to Clarkton during the depression. As a boy, he stayed in the home of his grandfather, James Samuel Elkins, a tobacco grower, whom the impressionable youngster accompanied to auctions in the Clarkton warehouses. He also clerked at his father's crossroads general store and on idle days listened to the local menfolk swap yarns. After graduating from high school in 1942, he spent the summer months as a welder in the Wilmington shipyards; then in the fall he became a freshman at The University of North Carolina. Three years as an army private in France and Germany followed, whereupon he reentered the university, receiving a B.A. in 1947 and an M.A. in English in 1949. He taught at Davidson College from 1949 to 1951. Back in Chapel Hill, Owen pursued courses leading to a Ph.D., which he received in 1955 with a dissertation on the Elizabethan playwright, Thomas Middleton. During 1954–55 he was a member of the Department of English at Elon College. He then accepted an associate professorship at Stetson University in De Land, Fla., moving there with his wife, Dorothy Meadows Jennings, whom he had married in April 1952. They had two sons: William James and John Leslie.

At Stetson, Owen wrote short stories and poems, began a long work of fiction, and taught creative writing. He founded Impetus (1958–64), a modest journal, which, although originally intended to print the best work of his students, soon opened its pages to writers everywhere. Cape Fear Country and Other Poems (1958), a lyrical tribute to the people and environs of Bladen County, was his first book. Then came Season of Fear (1960), a novel of the 1930s set in a rural community very like those of his native region. Its protagonist, an aging, slow-witted, slovenly farmer, works hot, dry days in the tobacco fields. At night he is alternately torn between prayers to a red-bearded Christ and his gnawing desire for a homely, "slough-hipped" girl in the neighborhood. The struggle within one person between religion and sex is an ancient theme in literature. Though the tragic Season of Fear was well received in both America and England, Owen decided that his next fiction would be comic. He spent the year 1961–62, on a leave of absence from Stetson, at White Pines Farm near Pores Knob in the Moravian Falls section of Wilkes County. At this home place of his wife's family, he took over an abandoned post office as writer's studio and completed the first draft of a novel about a flim-flam charlatan operating along the banks of the Cape Fear River. He spent several more summers there revising the manuscript.

Meanwhile, in 1962, Owen accepted an invitation to join the faculty of North Carolina State University. His courses in creative writing and American literature were popular with students, who time and again honored him with best-teacher awards. Impetus was transferred to Raleigh and became the Southern Poetry Review, for which he was general editor (1964–78). For seven years (1966–73) he was coeditor of the North Carolina Folklore Journal.

In The Ballad of the Flim-Flam Man (1965), a picaresque novel in the tradition of Melville's Confidence Man and Mark Twain's Huckleberry Finn, attractive old swindler Mordecai Jones is joined by young, guitar-playing Curley Treadaway, AWOL from Fort Bragg, in a series of hilarious adventures in and around "Cape Fear County." Right and left they fleece those who are greedy and willing to deceive others; but as Curley says, "You can't con an honest man." Almost immediately the book was purchased by Twentieth Century–Fox and made into a successful motion picture (1967) with George C. Scott and Michael Sarrazin. Owen's next novel, Journey for Joedel (1970), won the Sir Walter Raleigh Award for the best work of fiction by a North Carolinian and was nominated for the Pulitzer Prize. According to Owen, who always considered it his best book, the theme of the novel was a child's "initiation into the moral ambiguity of the adult world." It is the story of thirteen-year-old Joedel, half Lumbee Indian, half white, during the span of a single summer day in the middle of the depression years. On a trip to the tobacco market with his father, Joedel faces a number of tests that examine his readiness to pass from boyhood to manhood. The Flim-Flam Man and the Apprentice Grifter (1972) continues the frolicsome, wily capers of Mordecai and Curley, as do some of the selections in The Flim-Flam Man and Other Stories (1980).

More than forty short stories by Owen were published in such diverse periodicals as the Carolina Quarterly, Sandlapper, and Fantasy and Science Fiction. The Guilty and Other Poems (1964, chapbook) and The White Stallion and Other Poems (1969), which was awarded the Roanoke-Chowan Cup for the best book of the year by a North Carolina poet, included only a portion of his verses appearing over the years in anthologies and publications such as the Saturday Review, Poetry, College English, and the New York Times, but mostly in "little magazines" like Voices and Epos.

Owen's critical and scholarly articles treated such writers as Stephen Crane, Robert Frost, Erskine Caldwell, F. Scott Fitzgerald, William Faulkner, Thomas Wolfe, and others. He edited Modern American Poetry: Essays in Criticism (1972) and coedited Southern Poetry Today (1962), Essays in Modern American Literature (1963), New Southern Poets (1975), Contemporary Poetry of North Carolina (1977), and Contemporary Southern Poetry (1979). Among his many honors was a Bread Loaf scholarship (1960), the Henry H. Bellamann Foundation Award (1964), a Yaddo fellowship (1968), and the North Carolina Award (gold medallion) for Literature (1971). Beginning in 1964 he was director of the North Carolina Poetry Circuit, whose purpose was to bring poets to meet with students and give readings on college campuses. Later he participated in the "poetry in the schools" project. In his dedication to the cause of southern poetry, in his commitment to its promotion, he was ever on the move throughout North Carolina and the South, lecturing and conducting literary workshops in cities and small communities, in public schools, and in colleges and universities, where his mission was to encourage both beginning and emerging writers. This evangelical assignment he carried out up to within a few months of his death from cancer. He was buried in the family plot in the Clarkton Cemetery. Owen was a member of the Community United Church of Raleigh and a registered Democrat.