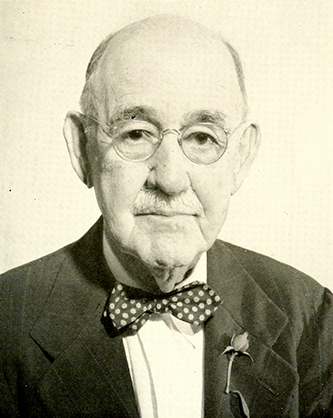 John Alexander Oates, editor, lawyer, and educator, was born in Piney Grove Township, Sampson County, the son of John Alexander and Mary Jewell Ashford Oates. His father was sheriff of Sampson County during the Civil War and subsequently a county commissioner, a state senator, and, at the time of his death in 1901, the mayor of Dunn. Oates was the grandson of David Cogdell and Laruhama Fleming Oates and the great-grandson of John and Susan Cogdell Oates. These and other ancestors were of predominantly English and Scottish origin. His maternal grandmother spoke Gaelic.

Oates attended Faison Academy (1876–79), public schools (1879–84), and Clinton Academy (1884–87). After teaching for a time in the public schools of Sampson County, he enrolled at Wake Forest College for the academic year 1888–89. However, Oates "kept up with his class at home" and "taught a large school" until March 1889, when he took up residence at Wake Forest. After twenty months of college he returned home, where in 1891 he became principal of Autryville School. During the year 1894–95 he was again registered at Wake Forest but went to the campus only twice before taking his examinations. He received an A.B. degree in June 1895. In the summer of 1910 Oates attended the Wake Forest Law School—the only time he ever spent in a school of law. On 29 Aug. 1910 he was licensed to practice law by the North Carolina Supreme Court.

Meanwhile, on 1 Jan. 1892 Oates had become managing editor of the North Carolina Baptist, a weekly denominational newspaper founded in Fayetteville one year earlier by the Reverend T. B. Newberry. Before the end of 1892 Oates became editor and proprietor, moving to Fayetteville to the house on St. James Square where he lived for the rest of his life. Under the slogan, "The saloon must go," he made Prohibition "the most potent moral issue in the State." While chairman of the temperance committee of the Baptist State Convention of North Carolina, Oates invited religious and social organizations to send representatives to a statewide temperance convention, held in Raleigh in 1902, at which the Anti-Saloon League of North Carolina was organized. Oates was corresponding secretary of the league until 29 Aug. 1907, when he succeeded Josiah W. Bailey as secretary. Having decided to use the league as his principal forum, Oates discontinued the North Carolina Baptist with the issue of 27 Nov. 1907. In it he wrote: "For fifteen years I have pressed hard the battle for temperance in North Carolina. I hope now, as the struggle waxes hotter and the crisis draws nearer, that I may be able to give more of my time and my talents to this cause which is so close to me." He sold his subscription list of 7,400 to the Biblical Recorder for six thousand dollars.

Led by Heriot Clarkson, president, and Oates, chairman of the executive committee, the Anti-Saloon League persuaded Governor Robert B. Glenn to ask the legislature, which met in special session on 21 Jan. 1908, to allow the people to vote on the issue. The two houses agreed. Oates managed the vigorous campaign that followed, using Glenn as the leading speaker.

On 26 May 1908, by a margin of 113,612 to 69,416, North Carolina became the first southern state to adopt statewide Prohibition. Two days later the Raleigh News and Observer said of Oates, "he has done gloriously." As the "General of the campaign" he "has won a victory more lasting for good in North Carolina than has been won in this generation." His health shattered by the campaign, Oates spent the summer of 1908 recuperating at Virginia health resorts and the Johns Hopkins Hospital.

From 1910 until 1950, when his eyesight failed, Oates practiced general civil law in Fayetteville. Among the clients of his firm were the Seaboard Air Line Railway, Metropolitan Life Insurance Company, Continental Casualty Company, and Davison Chemical Corporation. After discontinuing the North Carolina Baptist, Oates, in partnership with James A. Parham, published The Fayetteville Index from 1909 to 1912. From 1909 to 1927 he was a director of the National Bank of Fayetteville.

For half a century Oates was active in public affairs and the Democratic party, holding many different elective and appointive positions. Before the turn of the century, he had become a member of the Fayetteville Board of Aldermen. In 1903 he was elected chairman of the Cumberland County Board of Education, continuing until 1913, when he resigned to become the first judge of the Cumberland County Recorder's Court. Although he served as judge only for a year, he was usually addressed as Judge Oates for the rest of his life. From 1911 to 1928 he was chairman of the Fayetteville School Board. Elected to the state senate for the 1917 session, he sought unsuccessfully to increase the state school term from four to six months. From 1925 to 1933 he was a director of the state School for the Blind and Deaf. Beginning in 1935, he served eight years as a member of the state School Commission. This was followed by four years on the state Welfare Commission. During World War I he was the federal food administrator for Cumberland County and chairman of the county council of defense. In World War II he was a government appeals agent in the Selective Service System.

At an early age Oates became superintendent of the Sunday school of the First Baptist Church, Fayetteville, continuing for the next forty years. After this he taught the Oates Bible class in the Sunday school. From 1906 until his death he served as deacon. From 1898 to 1908 he was clerk of South River Baptist Association, and from 1915 to 1917 he was president of the Baptist State Convention of North Carolina. On 23 May 1906 Oates was elected a trustee of Wake Forest College, serving continuously until 31 Dec. 1948. He was president of the board for nine years, including the World War II period when decisions were made to admit women, establish a four-year medical school in Winston-Salem, and move the other schools of the college to Winston-Salem. R. C. Lawrence regarded Oates's work as a Wake Forest trustee as his "greatest single service." Other denominational activities included the chairmanship in the 1930s of the convention's debt commission, which helped Meredith College recover from a heavy burden of indebtedness. At various times he was a trustee of Dell School, Buies Creek Academy, and Southern Baptist Seminary. He was founder and chairman of the executive committee of the Baptist Seaside Assembly near Southport.

Oates's hobbies were farming and the study of history, especially the history of the Scots in America. He was general chairman of the Cape Fear Valley Scottish Festival, which began in 1939 as an annual event. In 1950 he published The Story of Fayetteville and the Upper Cape Fear, a nine-hundred-page book that won the Smithwick Award given by the North Carolina Society of County and Local Historians. On 19 June 1953 he was the Raleigh News and Observer's "Tar Heel of the Week." Cumberland County made him chairman of the arrangements committee for the 1954 celebration of the two-hundredth anniversary of its founding. Additional memberships included the Cumberland County Bar Association, the Fayetteville Chamber of Commerce, and the Junior Order of United American Mechanics.

On 20 May 1897, in Winston, Oates married Emma Estelle Cain Dodd, of Fayetteville, who died on 28 Feb. 1928. On 17 June 1931, in Fayetteville, he married Isabelle Charters Crowder of Crowder's Crossing, Ga. By the second marriage he had two children: John Alexander III, M.D., of Nashville, Tenn., and Mary Ashford Oates Burton of Fayetteville.

Annual of the Baptist State Convention of North Carolina (1958 [portrait]).