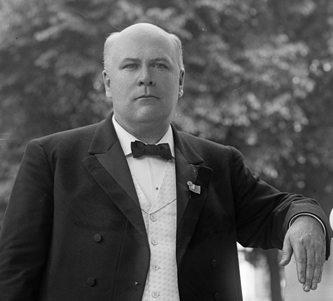 Robert Brodnax Glenn, attorney, state political leader, and governor, was the son of Chalmers L. and Annie S. Dodge Glenn of Rockingham County. Chalmers Glenn, a tobacco planter and lawyer, became a captain in the Thirteenth North Carolina Regiment in the Civil War and was killed at the Battle of South Mountain, Md., in 1862.

In 1871, Glenn entered Davidson College. After studying there for three years, he took a law preparatory course at the University of Virginia for one year. He then enrolled in Judge Richmond Pearson's law school in Richmond Hill, N.C., and in 1877 was admitted to the bar in Rockingham County. He soon moved to Stokes County where he practiced for eight years. In 1885, he went into law practice in Winston with William B. Glenn and later with Clement Manly and W. M. Hendren. A successful lawyer, Glenn was the attorney for the Western Union Telegraph Company and for Southern Railway. His political career began with election to the state legislature from Stokes County in 1880. In 1886 he was state solicitor, and in 1884 and 1892 he was a Democratic presidential elector. President Grover Cleveland appointed him U.S. attorney for the Western District of North Carolina from 1893 to 1897. In the election of 1898, Glenn was one of the chief speakers for the Democrats' white supremacy campaign to regain control of the state legislature. The following year he served as state senator from Forsyth County.

In 1904, Glenn's political career culminated with his election as governor. During his term of office (1905–9) the state debt was satisfactorily settled, education and public health services were expanded, low passenger rates on railroads were maintained against strong opposition, and in May 1908 North Carolinians voted for prohibition after ardent support of the measure by Governor Glenn, the "prohibition governor." 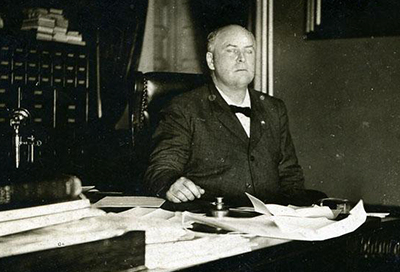 After his term as governor, Glenn did not hold another state political office. Known as a fine orator, he lectured for the Board of Home Missions of the Presbyterian Church and for the Lyceum Bureau, as well as on Chatauqua platforms. In 1915 President Wilson appointed him to the International Boundary Commission, which dealt with matters between the United States and Canada. He died in Winnipeg, Canada, while attending a session of the commission and was buried in Winston-Salem.

Glenn married Nina Deaderick of Knoxville, Tenn., on 8 Jan. 1878. They had two children, Chalmers L. and Rebecca (Mrs. D. E. Hoffman). Glenn was a Presbyterian, a Democrat, a Mason, and an officer of the North Carolina National Guard (1890–93). The Museum of History in Raleigh has a portrait painted by Henry Rood, Jr.