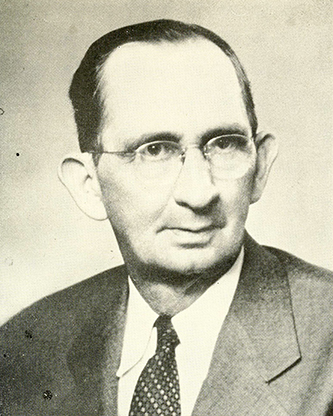 John Archibald McMillan, Baptist minister and editor, was born in Marlboro County, S.C., the son of Archibald Alexander and Mary Amanda Johnson McMillan, both of Scottish ancestry. Within a few weeks after his birth the family moved to Riverton, Richmond (now Scotland) County, N.C., which McMillan always considered his home. The youth received most of his early education from his father, an 1862 graduate of The University of North Carolina who was both a teacher and a farmer. His brothers were Henry Hudson, a missionary to China, and Robert Leroy, a Raleigh attorney who was vice-commander of the American Legion of the United States; his sisters were Frances, Kate, Netah, Eupha, and Mamie. Other close relatives included editors Archibald, Gerald W., and Livingston Johnson and physician-editor Wingate M. Johnson, as well as the poet John Charles McNeill.

After graduation from Spring Hill Academy at Wagram, McMillan entered Wake Forest College. He was enrolled from 1898 to 1900 and in 1901–2, receiving a B.A. degree in 1902 after three years of study. He pitched for the baseball team and in 1901–2 was coeditor of the Wake Forest Student, a literary magazine. During 1902–3 he was president of the first Wake Forest College medical class. The class historian chided him in the college annual "for studying too hard and for not visiting enough," but another entry listed him as the "Highcockalorum" of the "02 Club," a fun organization.

After practicing medicine for a year McMillan returned to the family farm so that his younger brothers could go to college. Subsequently he felt a call to the ministry and in January 1908 enrolled at the Southern Baptist Theological Seminary in Louisville, Ky. He completed one semester, then accepted the pastorate of the Baptist church at Burnsville, N.C., serving until September 1910, when he returned to the seminary for a year. From 1911 to 1914 he was pastor of the Asheboro church and also of the nearby Pleasant Grove and Worthville churches. In 1914 he became minister of the church at McColl, S.C., twenty miles from Riverton. Except for the eight months in 1918–19 when he was a YMCA secretary with the American Expeditionary Force overseas, he remained at McColl until 1922.

In that year McMillan became alumni secretary of Wake Forest College, with duties that included counseling students, representing the college at meetings, fund-raising, and recruiting athletes. His last move came in 1929, when he went to Thomasville in the dual position of pastor of the Mills Home church, which he served until 1933, and assistant (later associate) editor of Charity and Children, the orphanage's newspaper. Under the editorship of Archibald Johnson, this weekly had gained an interdenominational, statewide, and national reputation for being in the forefront among those journals espousing worthy causes and moral issues. On Johnson's death (26 Dec. 1934), McMillan immediately became acting editor, serving in this position until 16 May 1935, when the Mills Home trustees elected him editor. From then until his death fourteen years later, he carried on the tradition Johnson had established for the publication. The circulation increased, reaching forty thousand, and his editorials treated an unusually wide range of topics. The Charlotte Observer said of McMillan at the time of his death: "His weekly front page editorials, dealing with state, national and world affairs, were sound and among the most interesting to be found in North Carolina newspapers." Like his speaking, which was straightforward and appealing, his writing was characterized by sincerity, emotional warmth, and imagination, as well as a homely philosophy and humor. John Arch McMillan, as his name appeared on the masthead of Charity and Children, was assisted as editor by his oldest daughter, Louise, whose column "Patchwork" was perhaps as widely read and quoted as were many of his own editorials.

McMillan served as a trustee of Wake Forest College from 1933 to 1943. He was also a trustee of North Carolina College in Durham and a member of the Thomasville School Board and Rotary Club. On 27 Dec. 1906, in Campobello, S.C., he married Louise Culpepper Fant, of Edgefield County, S.C., who had recently gone to Riverton to teach school. They had four children: Elbert Alexander, M.D., and Louise Fant, who were residents of Winston-Salem at the time of their deaths; Betty Brown (Mrs. Allen Greene) of West Point, Va.; and Mary Johnson (Mrs. Richard W. Goldsmith) of Litchfield, Conn.

McMillan was a Democrat; his hobbies were hunting and fishing. He died in Winston-Salem and was buried in the old Spring Hill Cemetery at Wagram.