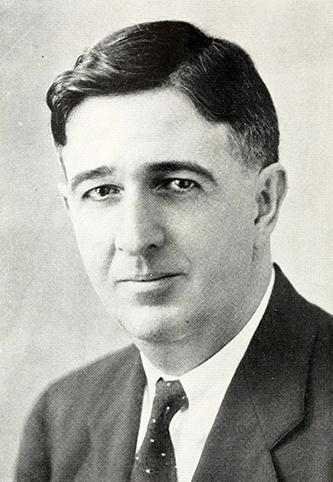 Wingate Memory Johnson, physician, writer, medical educator, and editor, was born in Riverton, a Scotland County community that was settled by his Scottish forebears. His father, Livingston Johnson, was a Baptist minister who served for fifteen years as corresponding secretary of the Baptist State Convention and later as editor of its weekly paper, the Biblical Recorder; his mother was Mary Frances Memory Johnson of Whiteville. Young Johnson received his early education in the public schools of North Carolina. From Wake Forest College he received the A.B. (1905), M.A. (1906), and Sc.D. (1940) degrees; from the Jefferson Medical School in Philadelphia he was awarded the M.D. (1908) and LL.D. (1952) degrees.

After a one-year internship at the Philadelphia Polyclinic, Johnson entered the general practice of medicine in Winston-Salem in 1910. Gradually confining his practice to internal medicine, he was one of the original diplomates of the American Board of Internal Medicine as well as a fellow of the American College of Physicians. In 1940, when Wake Forest's two-year medical school was moved to Winston-Salem and became the four-year Bowman Gray School of Medicine, Johnson was appointed professor of clinical medicine and was asked to organize the school's Private Diagnostic Clinic. Although he became an emeritus professor in 1958, he remained as chief of the clinic until his death. In 1953–54, he served as acting dean of the school for one year while Dean Carpenter was on leave of absence. His portrait hangs in the medical school.

Johnson's interest in writing became apparent during his college days, when he was editor of the Wake Forest Student. In 1928 Harper's Magazine published his first article, "A Family Doctor Speaks His Mind." He also wrote for the Atlantic Monthly, American Mercury, Forum, Hygeia, and numerous medical journals. His most widely read medical article was "Clinical Research in Private Practice," published in the Journal of the American Medical Association in 1938.

In 1936 Macmillan published the first of Johnson's books, The True Physician: The Modern Doctor of the Old School, giving advice to young physicians. His second work, The Years after Fifty, written for laymen, was published by Whittlesey House in 1947. In 1960 Paul B. Hoeber published The Older Patient, a book on geriatrics written by and for physicians and edited by Johnson.

Johnson's books and articles reflected his wide-ranging interests in education, family practice, medical economics, clinical research, pancreatitis, geriatrics, and mental hygiene. He was a member of the State Hospitals Board of Controls during the Broughton administration, and of the Governor's Coordinating Committee on Aging under Hodges and Sanford.

Registered as an "independent Democrat," Johnson was a Baptist and for twenty years (1920–40) served as a trustee of Wake Forest College. He was a member of Phi Beta Kappa and Alpha Omega Alpha honorary fraternities, of the American Association for the Advancement of Science, and of numerous medical organizations. He served one-year terms as president of the American Geriatric Society, his county and state medical societies, and the local Civitan and Torch clubs. At one time he was a vice-president of Civitan International, and in 1947–48 he served a one-year term as trustee of the American Medical Association. As president of the Medical Society of the State of North Carolina in 1938–39, he recommended the establishment of a state medical journal. When this recommendation was adopted in 1939, he was named the first editor of the North Carolina Medical Journal —a position he held until his death.

In 1914 Johnson married Undine Futrell of Scotland Neck. Their first child, Wingate, Jr., died at age two. Their two surviving children were Catherine (Mrs. E. W. Jackson), a medical editor of Durham, and Livingston, a cardiologist practicing in Shelby. After Johnson's death at the Baptist Hospital in Winston-Salem, his body was cremated and his ashes were sprinkled on the Lumber River near his birthplace in Scotland County.