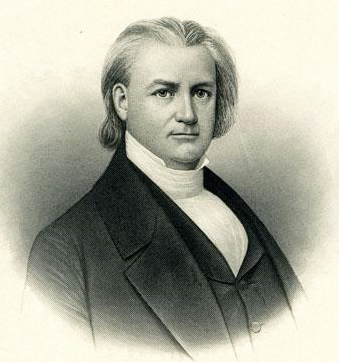 Charles Manly, lawyer, governor, and treasurer of The University of North Carolina, was born in Chatham County. His father was Basil Manly, a native Marylander of Scottish ancestry who served in the Revolutionary War, rising to the rank of captain; following the war he settled in Chatham County, where he died in 1824. His mother was Elizabeth Maultsby. Charles and his brother Basil, who became president of the University of Alabama and was a founder of the Southern Baptist Theological Seminary, were legitimated by Chapter 64, the Laws of North Carolina of 1799. Though their father was a devout Roman Catholic and their mother a staunch Baptist, the parents evidently married; various legal documents refer to Elizabeth Maultsby as the widow of Captain Basil Manly. Another brother, Matthias Evans Manly, was a justice of the North Carolina Supreme Court. Charles was an Episcopalian, Basil was a Baptist minister, and Matthias was a Roman Catholic.

Charles studied under the Reverend William Bingham at Chatham Academy in Pittsboro prior to entering The University of North Carolina, where he received an A.B. degree in 1814 and later an A.M. degree. After graduation he tutored the sons of John Haywood of Raleigh to earn money for the study of law under Robert Williams. He was admitted to the bar in 1816 and licensed to practice in superior courts.

In 1823 Manly was appointed clerk to the commission for the settlement of claims under the Treaty of Ghent, in Washington, D.C., but after a year he returned to his legal practice in Raleigh. He was clerk assistant of the House of Commons from 1824 until 1830, when he was elected principal clerk. Except for one session (1842–43) when he was defeated, he held the position until the end of 1846–47 session. Though previously a Republican, Manly joined the Whig party when it was formed. He served as a presidential elector in 1840.

Twice nominated for governor by the Whigs, he was elected on 3 Aug. 1848, defeating David S. Reid. Manly took the oath of office on 1 Jan. 1849, with Thomas Ruffin presiding. His two-year administration is remembered for his support of public education, his interest in internal improvements, his recommendation that a geological survey be undertaken, and his promotion of efforts to obtain documents on the colonial history of North Carolina from London. His defeat by Democrat Reid in the 1850 election was attributed to his overconfidence and to the inactivity of the Whig party. During the campaign Manly had pressed the issue of free suffrage in the election of state senators.

From 1821 to 1849 Manly served as secretary and treasurer of the board of trustees of The University of North Carolina. During his tenure as governor he was ex officio president of the board. On leaving office in 1851, he again served as secretary-treasurer until 1868, when the university was temporarily closed. In a letter of 4 Aug. 1868, he lamented the "death" of the university and expressed his fear that "the glory of our beloved Alma Mater is gone forever." Manly did not live to see the university reopen.

Prior to the Civil War he urged legislators to keep North Carolina in the Union. When war actually came, however, he supported the South. Three of his sons served in the war and two sons-in-law were killed in battle.

During his long stay in Raleigh, Manly accumulated a considerable amount of property. His large home at the foot of Salisbury Street was ultimately acquired by the trustees of Rex Hospital and became the site of that facility. He owned a plantation, Ingleside, east of Raleigh, which contained 1,060 acres when he bought it. His father-in-law gave him additional acreage so that Manly could vote in senatorial elections. After the war, his son, Major Basil C. Manly, operated the plantation. In 1853 Charles Manly owned as many as forty slaves.

Following a long illness, which resulted in the loss of his eyesight, Manly died at his residence in Raleigh. According to the Raleigh Daily Telegram of 2 May, "Charles Manly was a great and good man; and it has been long since North Carolina mourned the loss of a nobler son, or a people mournfully announced, one to another, the death of a more honored or loved fellow-citizen." The funeral was held at Christ Episcopal Church, of which Manly had been a member, with interment in Raleigh's City Cemetery.

Manly's message to the General Assembly, in Executive Documents (1850–51).