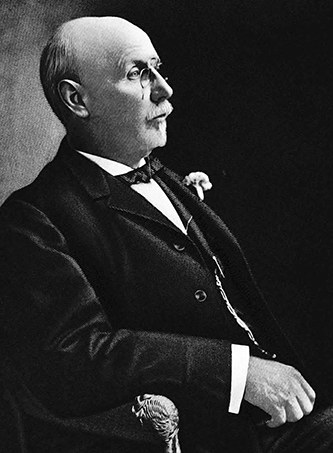 John Van Lindley, florist, nurseryman, and horticulturist, was born in Monrovia, Ind. His father, Joshua Lindley, a fruit grower and native of North Carolina, had moved to Indiana to marry Judith Henley and returned to Chatham County, N.C., with his family in 1841. Judith Lindley died in 1846, and in 1851 Joshua moved his family to Guilford County and began operating the New Garden Nursery, near Greensboro, the first of its kind in North Carolina.

John Lindley's formal education was limited, although his practical experience working with his father was more than sufficient for his needs as a nurseryman. He attended community public schools and studied for a year at the New Garden Boarding School (now Guilford College).

In his early twenties, Lindley traveled west and was in Missouri at the outbreak of the Civil War. Although a Quaker, he joined the Union army and served for three years as a private. At the close of the war, Lindley returned home to find his father's business five thousand dollars in debt. With young Lindley's help, the New Garden Nursery was reestablished in 1866 as Joshua Lindley and Son. After ten years, with the debt paid and the business running in the black, the son became sole proprietor of the J. Van Lindley Nursery.

The business flourished and in 1889 Lindley built the first commercial greenhouses in the Greensboro area, located at Salem Junction (later Pomona). He experimented with strains of plants, shrubs, and trees to find the best possible varieties for different soils and climates. Becoming interested in the possibility of growing peaches in the Sandhills of North Carolina, in 1892 he planted fifty thousand peach trees in Moore County. His crop encountered difficulties until 1906, when sufficient pesticide sprays became available. By 1909 his peach yield was abundant; since then, peach growing has become one of the major sources of income for the Sandhills. The J. Van Lindley Nursery, which encompassed a vast amount of land in the Pomona area, was one of the largest in the state and sales reached into all of the South and into parts of the North.

Although the nursery was Lindley's main occupation, he was involved in many other business enterprises. In 1890 he bought the bankrupt clay-working industry, Pomona Terra-Cotta, from the founder and owner, A. M. Smith. Later, Lindley's associates, W. C. Boren and G. S. Boren, took over the operations and the company became one of the largest manufacturers of vitrified clay and sewer lines in the nation. In the early 1900s, Lindley was president of the Southern Mutual Fire Insurance Company and director of the Southern Loan and Trust Company. He helped establish and served as president of the Security Life and Annuity Company and supported its merger with the Jefferson Life Insurance Company in 1912; afterwards, he became vice-president.

Lindley was generous with his acquired wealth. From 1888 until his death, he served on the Guilford College Board of Trustees. He donated large sums of money to help relieve the college debt. Lindley contributed both money and land for the building of public schools throughout Guilford County. He started a school in the Pomona area, originally for his employees' children and his own. The Lindley Elementary School and the Lindley Junior High School in Greensboro were named for him. He also contributed large tracts of land in 1917 for the J. Van Lindley Park located between Pomona and Greensboro and for the Masonic lodge near Pomona. He was interested in internal improvements, especially roads, and was president of the Guilford County Road Association.

In 1870 Lindley married Mary W. Coffin of Guilford County. She died in 1871, and in 1875 he married Sandia Cook of Friendship, N.C. Early in 1918 Lindley suffered a paralytic stroke and died at his home in June. Sandia Lindley died in 1925. They had five children: Paul C., Eva J., Pearl, Cammie G., and Maie Lindley. Lindley was buried in the Guilford College Cemetery, Greensboro.