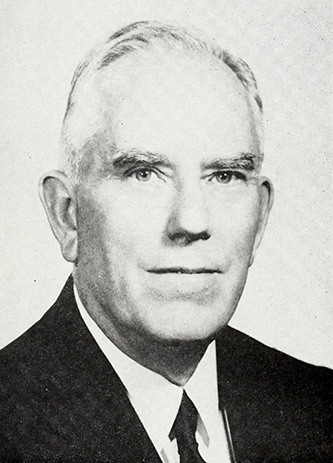 Robert Lee Humber, lawyer, legislator, business executive, cultural leader, and founder of the Movement for World Federation, was born in Greenville, the son of Lena Clyde Davis and Robert Lee Humber, Sr. His father owned and operated a machine and repair shop adjacent to the family's residence. Humber attended the Greenville Graded School until 1913, then transferred to the Winterville High School where he studied Greek, Latin, and other college preparatory subjects and from which he was graduated in May 1914. He entered Wake Forest College in the fall of that year and was graduated cum laude in May 1918, having already completed most of the requirements for the M.A. and LL.B. by working during the summers; he received those degrees in June 1919 and May 1921, respectively.

Enrolling at Harvard in the Army Reserve Military Training Camp on 1 July 1918, Humber was one of forty men who were sent to Camp Plattsburg, N.Y., where he completed his training and was commissioned a second lieutenant in the Field Artillery. With the armistice of 11 Nov. 1918, he resigned his commission and returned to private life.

In January 1919 Humber entered Harvard University to pursue a doctorate in the Department of Government, History, and Economics. The following September he served as a volunteer policeman during the Boston police strike and at the end of the month was appointed a faculty tutor in his department. On 3 Nov. 1919 he was awarded the Rhodes Scholarship from North Carolina and was scheduled to enter Oxford University in January 1920. Obtaining a deferment from Oxford until the fall, he shifted his degree program at Harvard to the M.A. and tutored for the balance of the academic year. In the summer of 1920 he was admitted to the North Carolina bar. His M.A. from Harvard was awarded in 1926 after he had met a language requirement through further study in Europe.

Humber spent three years at New College, Oxford, interspersing his studies with periods of extensive travel. He voyaged around the world during the second half of 1921 and visited selected areas of Europe for intervals of more intensive study. While in Paris in the summer of 1922, he met his future wife, Lucie Berthier, then executive secretary of the American University Union, a nonprofit information bureau and center for social contact among American students in Paris. Upon completing his work at Oxford in 1923, when he was awarded the B.Litt. degree, Humber moved to Paris where he continued independent studies and tutored American students in English, American history, literature, and government. Between 1926 and 1928, as an American Field Service Fellow at the University of Paris, he completed his work for a doctor of letters degree except for the publication requirement of the dissertation. Because he would not permit his volume on John C. Calhoun's political thought to be printed, even though a publisher had offered to do so, the degree was never conferred.

In October 1929 Humber married Lucie Berthier and lived in Paris, where he worked for an American oil company as legal representative and head of its European operations. In 1940, the Nazi invasion of France forced the Humbers to flee with their three children, Marcel B., John L., and Eileen Genivieve. During a visit to his boyhood home in Greenville, their infant daughter had died of an illness in the south of France.

Returning to North Carolina on the eve of World War II, Humber retired from business for the next decade devoted all his time, energy, and resources to what he considered the greatest single challenge confronting mankind—world peace. Stirred by his travels and exposure to other cultures, he was convinced that man's only hope for a permanent and lasting peace lay in the establishment of a world order implemented by a world federal government. In his pamphlet, The Declaration of the Federation of the World, he set forth his idea that order among men could be maintained only under law, law restraining the individual rather than the confrontation of nations through military action after the failure of diplomacy.

Humber launched his Movement for World Federation on 27 Dec. 1940 at Davis Island in Core Sound, an old ancestral home. After he had lobbied across the state, the General Assembly passed his resolution, becoming the first legislative body in history to endorse the principles of a world federal government. Humber immediately began a campaign among the other state legislatures, working in nearly all of them himself over the next ten years. Sixteen states adopted his resolution and a number of others accepted his ideas in some modified form. A co-founder of the United World Federalists at Asheville in 1947, he served as vice-president during the next four years and remained on the North Carolina branch's executive council until his death. In 1960 he was elected president of the state organization and served for six years.

Humber never lost his deep commitment to the principles embodied in the idea of world federation, and his widespread public speaking across the nation created numerous opportunities to further his cause. He represented the Southern Council on International Relations at the United Nations Organizational Conference in San Francisco in 1945, and he participated in the White House Conference for International Cooperation in 1965. Humber was the recipient of the World Government News Medal for the most outstanding service by an individual to world federation (1948), the American War Dads Prize for the greatest single contribution towards world peace (1948), and the American Freedom Association's Peace Award (1967). At the time of his death he was writing a book to show how a world federal government could operate successfully, emphasizing his belief that this was man's only hope of survival as a civilization.

In his studies at home and abroad, Humber developed an intense appreciation for the lasting cultural values left by previous generations to assist those that followed in their search for truth, beauty, and meaning in life. As early as 1943, when he joined the board of directors of the State Art Society (of which he remained a member until 1955), he considered the possibility of establishing an art museum in North Carolina and began exploring the means by which a collection of great art could be acquired. He convinced the 1947 General Assembly that an unrevealed donor was ready to give the state one million dollars in cash if the state would match it, having already obtained a verbal commitment from Samuel H. Kress and the Kress Foundation in New York. After the bill was passed, Kress became ill and his brother, Rhush H. Kress, assumed leadership of the foundation. There being no written commitment, yet significant evidence that an agreement had been reached, Rhush Kress offered to donate at least one million dollars in art instead of cash. In 1951 the General Assembly accepted his alternate proposal.

As chairman of the State Art Commission from 1951 to 1961, Humber guided the selection of the old masters that formed the original museum collection, negotiating substantial discounts from the New York art dealers who became keenly interested in participating in the creation of a great public museum in the South. The North Carolina Museum of Art opened its doors in April 1956, and a collection of art valued at around two and one-half million dollars was received from the Kress Foundation in November 1960. In 1955 Humber was elected president of the State Art Society and served until 1961, when he became chairman of the North Carolina Museum of Art Board of Trustees, established by the General Assembly the same year; Humber served as chairman until his death. In recognition of his contributions in the field of art he was awarded the Thomas Gilcrease Institute of American History and Art (Tulsa, Okla.) Certificate of Merit (1955), the North Carolina State Art Society Certificate of Merit and Achievement (1956), and the Salmagundi Art Achievement Medal of the Salmagundi Art Club, New York (1966).

Humber also entered the political arena as a Democrat. After an unsuccessful bid for Congress in 1946, he was elected to the state senate from Pitt County in 1958 and served three consecutive terms through 1964. As chairman of the Senate Higher Education Committee, he led the fight for the establishment of the State Community College and Technical Institute system of education. At the same time he proposed and led the efforts to create Pitt Technical Institute in 1963–64, serving as chairman of the board of trustees until his death. In addition, he worked hard for the adoption of a constitutional amendment that would have ensured representation in the General Assembly based on population and geography (as at the federal level) had the amendment passed. He wrote the bill establishing the North Carolina Awards, the state's highest honor to its citizens, or former citzens, for significant achievements in science, literature, the fine arts, and public service. For his own contributions—the promotion of world peace, leadership in creating the North Carolina Museum of Art, influence on the state's culture, and service in the state senate—he was presented the North Carolina Award for Public Service in 1968.

Humber's leadership in the field of education antedated his interest in Pitt Technical Institute. He served as a member of the board of trustees of Meredith College in 1947–50 and of Wake Forest College in 1951–54 and in 1959–60, when he was chairman of the board. In recognition of his service, Wake Forest awarded him the honorary LL.D. in 1949. From The University of North Carolina he received the LL.D. in 1958 and from Duke University, the D.H.L. in 1967. Between 1967 and 1970 he served as vice-president and then president of the North Carolina Community Education Institutions, which he represented at the National School Boards Association. He also was a member of the North Carolina Rhodes Scholarship Selection Committee from 1946 to 1960 and again in 1963.

Born and raised as a Southern Baptist, Humber was active in the denomination wherever he lived. At his home church, the Memorial Baptist Church of Greenville, he served as a Sunday school teacher, deacon, and chairman of the Board of Deacons and Trustees. While abroad during the 1920s and 1930s, he attended the American Church in Paris, of which he was treasurer (1932–35) and chairman of the Prudential Committee (1935–41). In the latter capacity he was instrumental in raising an endowment fund to perpetuate the financial security of the nondenominational Protestant Church owned by the American Foreign Christian Union of New York City, on whose board of directors he served between 1941 and 1970. After his return from Europe, he immersed himself in the affairs of the Baptist denomination, being particularly concerned about the financial health and academic standards of its institutions of higher education. In 1947 he was elected vice-president of the North Carolina State Baptist Convention.

Humber died suddenly in Greenville while attending a film on Tolstoy's War and Peace, leaving an unfinished manuscript on his desk. He was buried at Cherry Hill Cemetery, Greenville.

Papers of Robert Lee Humber (in possession of the family, Greenville).