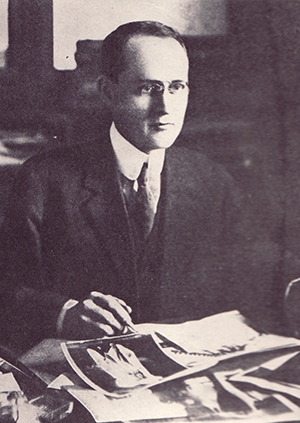 Ralph Henry Graves, III, newspaper editor, was the son of Ralph Henry and Julia Charlotte Hooper Graves. On his father's side, an ancestor, William Taylor, was the first steward of The University of North Carolina at its opening in 1795. Ralph's grandfather, the first Ralph Henry (1817–76), was graduated from the university in 1836 and became a teacher at preparatory schools. He was at the Caldwell Institute in Hillsborough when his son, Ralph, Jr., was born in 1851. The second Ralph Henry attended the university in 1867, but received a B.S. degree in civil and mechanical engineering from the University of Virginia in 1871. After teaching for a few years at what is now Virginia Polytechnic Institute and State University, he joined (1875) the faculty of the newly reopened University of North Carolina as professor of mathematics.

Graves's mother was the daughter of John deBerniere Hooper, professor of Greek at the university. William Hooper, her grandfather, taught ancient languages at the university and was later president of Wake Forest College in the 1840s. About 1800 Hooper's mother married Joseph Caldwell, first president of The University of North Carolina. Caldwell, his wife, and stepson were buried at the foot of the Caldwell monument on the campus of the university. Two generations earlier, another William Hooper was one of the three signers of the Declaration of Independence for North Carolina.

Julia Hooper Graves was born in Warren County, lived in Fayetteville and Wilson, and moved with her parents to Chapel Hill in 1875. There she met and, on 20 June 1877, married Ralph Henry Graves, Jr. The couple had five children, but a baby son died soon after his father in 1889. The widow established a popular boarding house where the Carolina Inn now stands and maintained it until her four children were grown and educated. In addition to Ralph, newspaper editor and the subject of this biography, Ernest was a military engineer; Louis, a newspaper editor; and Mary Graves Rees, a portrait painter.

Ralph Henry Graves III received an A.B. degree, magna cum laude, from The University of North Carolina in 1897 and a master's degree the following year. He spent two years as a librarian at the university before leaving North Carolina in 1899 to begin a career in journalism in New York. In the early years he worked as a reporter for both the New York Times and the New York Evening Post ; from 1899 to 1904 he was a reporter for the Times ; from 1904 to 1906, assistant city editor for the Post ; from 1906 to 1907, assistant city editor for the Times ; and from 1907 to 1912, city editor for the Post. In 1912 he returned to the Times as pictorial news editor, and in 1915 he became city editor. In 1917 he was appointed Sunday editor, a position he held until 1923. Between September 1918 and January 1919 Graves took a leave of absence from the Times to be Washington editor of the Red Cross Magazine. In 1923, he joined the syndicate of Doubleday, Doran and Company in Garden City, N.Y. He established his own syndicate in 1936 to market news features and fiction. Graves also served as managing editor of World's Work (1924–25) and of Personality Magazine (1927–28). On several occasions he taught feature writing in the school of journalism at Columbia University. 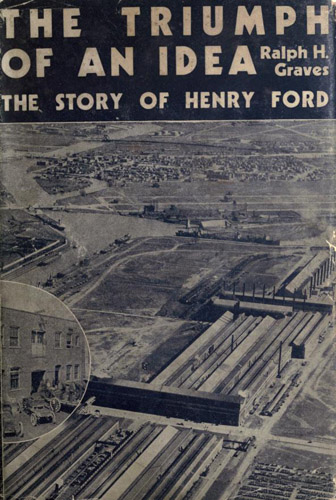 Graves was a resourceful reporter. Very early in his career, he took a chartered tugboat close to a major fire that cost several hundred lives and destroyed a North German Lloyd steamer and the firm's piers in the Hudson River, scooping other reporters who remained on shore. His coverage of the Titanic disaster and the Charles Evans Hughes investigation of insurance scandals added to his reputation. The Times assigned him to direct the coverage of the national political conventions in presidential election years, when Graves apparently established much of the current journalistic procedures for convention coverage.

On a European trip in the 1920s, he signed a contract with Mme. Ferdinand Foch to publish her husband's memoirs and quickly sold the serial rights to the Hearst newspapers. On another trip he secured for the Times the memoirs of the German Kaiser, Wilhelm II. Graves also syndicated the memoirs of Marshall Joffre and Theodore Roosevelt's aide, Archie Butt. He served as agent for General Hugh Johnson, and he syndicated the early volumes of Ray Stannard Baker's biography of Woodrow Wilson.

In these later years Graves found time to do some writing on his own. In 1934, he wrote a book entitled The Triumph of an Idea: The Story of Henry Ford. Under the pseudonym George Grey, he also published Ten Days: A Crisis in American History.

Graves died suddenly in New York and was buried in the old Chapel Hill Cemetery. He was survived by his wife, Frances ("Faye") Morgan Griffin (1877–1965), formerly of York, S.C., and Charlotte, N.C., whom he had married on 20 Jan. 1906 in New York. They had no children. Graves was a member of the Zeta Psi fraternity and the Century Club, the Coffee House and the Players in New York.