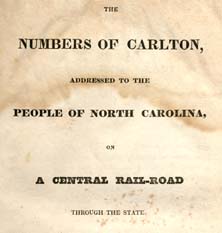 Joseph Caldwell, mathematician, Presbyterian minister, and first president of The University of North Carolina, was born at Lamington, N.J., in northeastern Hunterdon County, the youngest of three children of Joseph and Rachel Harker Caldwell.

For some months afterward, Caldwell taught languages to young boys; soon he took a position as assistant teacher in a classical academy in Elizabethtown. At this time he began study for the ministry, which was interrupted by his selection as a tutor at his alma mater in 1795. There he received a license to preach from the Presbytery of New Brunswick.

The following year, Charles Harris, presiding professor and professor of mathematics at the fledgling University of North Carolina, asked Caldwell to succeed him as professor of mathematics. Harris was acquainted with Caldwell from their student days at Princeton, and the knowledge that Caldwell was a tutor there prompted his request. Caldwell accepted and moved to Chapel Hill in October 1796; except for a few temporary absences, he remained in North Carolina until his death. 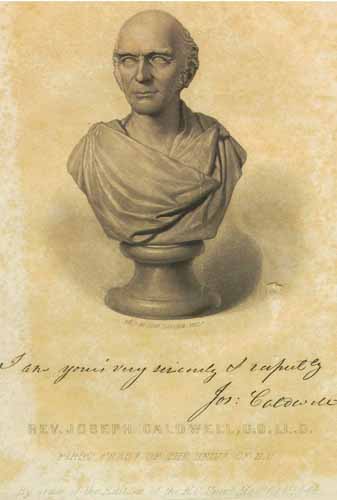 When Harris resigned as presiding professor in 1797, in the third year of the university's existence, Caldwell took the post. He performed his administrative and teaching duties in an able and dedicated manner. In 1804 he married Susan Rowan of Fayetteville. That same year, when the position of president of the university was created, he was unanimously elected by its trustees.

That Caldwell's abilities were becoming widely known in the state is evidenced by his selection in 1807 as the astronomical advisor for the running of the boundary between North and South Carolina and Georgia, which was completed six years later. As a result of this work he received more than one enticing offer of a higher salary elsewhere. An especially tempting proposal from the College of South Carolina came soon after his accession to the office of president. The University of North Carolina trustees, unable to match the offer, nevertheless urged Caldwell's remaining, and Caldwell declined South Carolina's offer and others, both because of his growing attachment to North Carolina and because he disliked the moving and change involved.

In 1807, Caldwell's wife and infant daughter died. He remarried in 1809, to Helen Hogg Hooper of Hillsborough, widow of the son of William Hooper, a signer of the Declaration of Independence. During this period, Caldwell worked for the completion of the as-yet-unfinished South building, for many years the main facility on campus. The North Carolina legislature had withdrawn support and the building was roofless. Caldwell sought private funds to complete the project and during his vacation in 1811 raised the requisite twelve thousand dollars from various contributors in the state, matching the largest single contribution with two hundred dollars of his own. With this boost, the university prospered and, feeling that he could afford to relinquish his office to return to his studies and devote more time to teaching, Caldwell resigned the presidency in 1812. He concentrated his energies on the completion of a text on geometry, finally published in 1822.

In recognition of his achievements, Caldwell was awarded the D.D. degree in 1816 from both The University of North Carolina and Princeton. Robert Chapman, who had succeeded Caldwell as president, left the office that year and, after some persuasion, Caldwell reluctantly resumed it in 1817.

Under his guidance the university continued to grow; as a result, Caldwell urged the addition of a second hall, a new chapel, and enlargement of the original building, Old East. The faculty opposed this plea on the grounds that the university should first purchase books and such philosophical apparatus as telescopes, transits, and so on. In 1824, therefore, Caldwell traveled to Europe at his own expense to purchase six thousand dollars worth of materials for the university, which were of considerable aid to the quality of education there. Fund-raising for and construction of the new buildings was then begun, and all three building projects were eventually completed. 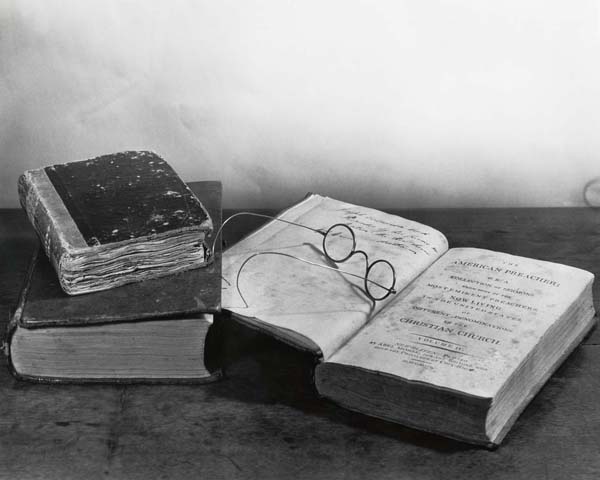 The last part of Caldwell's career presented many difficulties. The financial panic of 1825 resulted in a decrease in enrollment, and the trustees borrowed forty thousand dollars, a debt that caused much anxiety, to enable the school to continue. At about age fifty-six, Caldwell contracted a chronic illness that hampered his activities, to the sometime detriment of the institution, and eventually caused his death. Nonetheless, he produced several works during this period, most importantly his text on geometry A Compendious System of Elementary Geometry (1822). In 1828 he wrote, under the pseudonym "Carlton," a series on the desperate need for improved transportation in North Carolina; the series was compiled as Letters of Carlton and was followed in 1832 by a series entitled Letters on Popular Education Addressed to the People of North Carolina, in which he championed public education, chastising the state for its inaction and proposing a detailed state system of primary, secondary, and higher education. His pragmatic and farsighted views earned him a wide reputation as a progressive force in the state.

Caldwell contributed personally to the construction of the university by building an observatory in 1830, at a personal cost of over four hundred dollars. This, the first astronomical observatory for educational purposes in the United States, was built in order to make the most effective use of the instruments bought on Caldwell's European trip.

As Caldwell's health declined, his duties were increasingly delegated to younger members of the faculty. In 1833, Caldwell relinquished his authority in maintaining student discipline, a task he had performed almost since the beginning of the university. By 1835 he was in nearly constant agony, and he finally succumbed in Chapel Hill.

Caldwell's administration was marked by his zealous protection of the institution, the endless energy he devoted to it, and his strict discipline both in his studies and toward his students. Shortly after his death, his friends erected a sandstone obelisk to his memory on the campus of the university. This marker was replaced by a marble one erected in 1858 (under which now lie the remains of Caldwell, his wife, and his stepson), commissioned in 1847 by his former students.

Walker Anderson, Oration on the Life and Character of the Rev. Joseph Caldwell (1835).

Address to the Senior Class and Before the Audience Assembled at the Annual Commencement on the 28th of June, 1827, Joseph Caldwell, 1773-1835, Documenting the American South, UNC Libraries

Letter from Joseph Caldwell to the Board of Trustees, December 24, 1834, Documenting the American South, UNC Libraries

Letter from Joseph Caldwell to the Board of Trustees, February 19, 1824, Documenting the American South, UNC Libraries

Letter from Joseph Caldwell to the Wilmington Gazette, 1805 or After, Documenting the American South, UNC Libraries

The Numbers of Carlton, Addressed to the People of North Carolina, on a Central Rail-Road Through the State. The Rights of Freemen is an Open Trade, Documenting the American South, UNC Libraries

University of N.C. Account of Disturbances Which Have Lately Occurred at the University of This State. From The [Raleigh, N.C.] Star, September 13, 1811, p. 148

I may have his (Joseph

I may have his (Joseph Caldwell) mathematics books he used for tutoring. I have been trying to identify the writer and why they ended up in Berryville Va.
This article has more detail than previous ones I've read and really pushes me to believe the handwritten math books may be his. I contacted NCU before but have not had time to bring them to the campus.