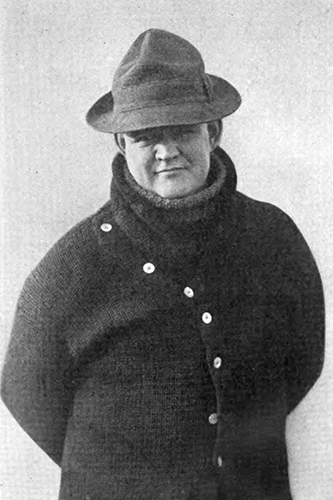 Ernest Graves, army engineer, was born in Chapel Hill, the son of Ralph Henry and Julia Charlotte Hooper Graves. His father, a professor of mathematics at the University of North Carolina, died in 1889, leaving his wife with four children to raise. Julia Graves established a boardinghouse on the site of the present Carolina Inn and provided good food for many students until her children were grown and educated. In addition to Ernest, Ralph was a journalist in New York; Louis, the editor of the Chapel Hill Weekly; and Mary Graves Rees, a portrait painter.

The Graves and Hooper families were notable in North Carolina. William Taylor, an ancestor of Ernest's father, was the first steward of The University of North Carolina at its opening in 1795. Ernest's grandfather was graduated from the university in 1836. His father attended the university in 1867, but received his degree from the University of Virginia. In 1875, Ralph Henry Graves returned to Chapel Hill as professor of engineering at the newly reopened university. Ernest's grandfather and great-grandfather on his mother's side were both professors at the university. His great-grandfather, William Hooper, also was president of Wake Forest College in the 1840s. Hooper was buried with his mother and stepfather, Joseph Caldwell, first president of The University of North Carolina, at the foot of the Caldwell monument on the campus. An earlier ancestor, William Hooper, was one of the three signers of the Declaration of Independence for North Carolina.

Ernest Graves attended the Chapel Hill schools and studied a year at the Raleigh Male Academy. In 1896, at age sixteen, he entered The University of North Carolina where he became a member of Phi Beta Kappa and an outstanding athlete. As fullback of the football team, he scored a total of 131 points and in 1898 was a member of an undefeated, untied team. He also excelled as catcher on the baseball team, serving as captain in 1900. Graves was graduated from the university in 1900 and received an M.A. in 1901. Summer work as a surveyor in western North Carolina convinced him that his best opportunity for a career would be with the U.S. Army Corps of Engineers. He won a competitive appointment to the Military Academy at West Point, entering in July 1901. In 1905 "Pot," his nickname at the academy, was graduated second in a class of 114, though better known at West Point were his athletic achievements. After shifting from fullback to tackle on the football team, he became one of the best linemen of his times. The Army teams on which he played beat Navy teams four years straight, including a 40-5 victory in 1903. In 1904, Army achieved its first victory over the powerful Yale team. Graves, injured in that game, resigned the captaincy of the team and finished the season as coach. At the academy he also was a catcher and first baseman on the baseball team.

In 1905, Graves received the Army Athletic Association Trophy, awarded annually to the individual "who rendered the most valuable service to intercollegiate athletics during his career as a cadet." Afterwards West Point continued to call on him as a football coach. He returned in 1906, 1907, 1912–15 (head coach in 1915), and 1919–20. In 1918, during World War I, he coached at Harvard by executive order of President Theodore Roosevelt; his team beat Yale. His book, The Line Man's Bible: A Football Textbook of Detailed Instruction (1921), is still used by coaches.

After graduation, Graves began his engineering career with initial assignments to the Third Engineers at Fort Leavenworth and later at Fort Riley. Serving with both the Second and Third Engineers, he was posted to Cuba in 1907 in the Army of the Cuban Pacification. After a year in Washington as a student at the Engineer School at Washington Barracks (now Fort Lesley J. MacNair) he was ordered to the Philippines to build the first permanent fortifications on Corregidor, along with dwellings, store houses, a narrow gauge railroad, and a power house. From December 1911 to April 1913 Graves was engaged in river and harbor work in Dallas, Tex. Promoted to captain, he became district engineer at Vicksburg, Miss., in 1913. In February 1914, he became a company commander in the Second Engineers at Texas City. When a tidal wave hit Galveston, Tex., the following year, Graves managed to assemble his men, attach them all by rope, and lead them to safety in a warehouse.

In 1915 Graves was assigned to the Second Engineers in San Antonio, Tex; this group was charged with building and maintaining a road for truck convoys supplying General John J. Pershing on the punitive expedition against Pancho Villa in Mexico in 1916. Graves's son described his father's assignment as follows: "Supply by truck was new, as was the construction of military roads to sustain truck traffic. Pot commanded the forward company, which in the course of constructing the road marched 250 miles on half rations into the barren wilderness of Mexico, with no vehicles except a mess wagon and a tool wagon, both drawn by mules. The road was built and maintained with hand tools and a few mule drawn scrapers. Pot's axiom then, so often repeated since, was 'get the water off and the rock on.'"

Pershing included Graves on his AEF staff, which sailed to France on the Baltic in June 1917. As section engineer at Gievres, Bordeaux, Neufchateau, and St. Nazaire, Graves tackled major depot, camp, rail, port, and airfield construction; for this work he earned the Distinguished Service Medal and promotion to colonel (a recommended promotion to brigadier general was stopped by the armistice).

After serving with the Liquidation Committee in Coblenz, Germany, he returned to the United States. While assigned to duty in the Office of Engineers, he wrote several articles and a pamphlet entitled Construction in War, still one of the finest papers written on the subject. Graves commanded the Second Engineers at San Antonio, Tex., during 1920 and 1921 and coached football at West Point in the fall of 1919 and 1920. Deafness led to his retirement from the army in 1921. That fall he coached football at Princeton and for several years thereafter he was a consultant to the army. 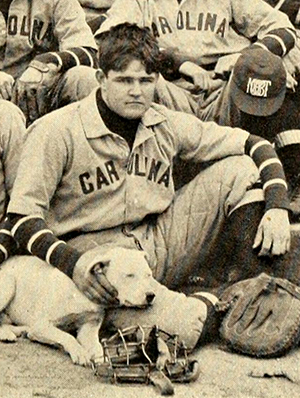 At the urging of General Edgar Jadwin, chief of the Army Engineers, Graves returned to active duty in 1927. Following the disastrous floods of the Mississippi in the same year, he played a leading part in the preparation of a plan adopted by Congress for flood control of the lower Mississippi River—the so-called Jadwin Plan or Mississippi Flood Control Act of 1928. On 26 June 1928 he was appointed a member of the Mississippi River Commission and continued to be active in the group until his death. Among his contributions to the flood control plans were his advocacy of fuseplug levees and the utilization of natural storage areas instead of cutoffs.

In 1929, Graves was appointed to the Interoceanic Canal Board, which studied the possibility of constructing a waterway across Nicaragua. When its report was completed in 1931, he was chairman of the board.

Seven successive chiefs of engineers over a twenty-five-year period persuaded Graves to remain on active duty. In 1939, he was honored by a special act of Congress: "An act to give proper recognition to the distinguished service of Colonel Ernest Graves." Before he retired on 29 Feb. 1952 because of deteriorating health, he was the oldest officer on active duty. In May 1953 he was promoted to brigadier general on the retired list. He died the following month at Walter Reed Hospital and was buried in Arlington Cemetery.

On 8 June 1923 Graves married Lucy Birnie Horgan (12 Nov. 1881–5 Apr. 1968), a widow. Her father, Rogers Birnie, had a distinguished military career after graduating from West Point in 1872 at the top of his class. Her first marriage to Harry Horgan of the New York Times ended with his death in 1918; one son, R. Birnie Horgan, survived. Ernest and Lucy Graves also had one son, Ernest, Jr. (b. 6 July 1924), who, like his father, was a graduate of West Point and a general in the U.S. Army Corps of Engineers.

George W. Cullum, ed., Biographical Register of the Officer and Graduates of the United States Military Academy at West Point (1920).