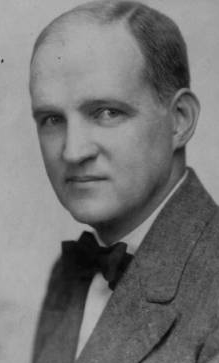 Louis Graves, newspaper editor, was born in Chapel Hill, the son of Ralph Henry Graves (1851–89) and Julia Charlotte Hooper Graves (1856–1944). On both sides of the family the ties with The University of North Carolina and with the state of North Carolina were very strong. Louis's father taught at the university from 1875 until his death in 1889; his grandfather was a member of the class of 1836; and an earlier ancestor was the first steward of the university at its opening in 1795. On his mother's side, Louis's grandfather and great-grandfather were professors at the university. The great-grandfather, William Hooper, also served as president of Wake Forest College; he was buried with his mother and stepfather, Joseph Caldwell, first president of The University of North Carolina, at the foot of the Caldwell monument on the campus. An earlier William Hooper was one of the three signers of the Declaration of Independence for North Carolina.

After his father's early death, Louis's mother established a boarding house on the site of the present Carolina Inn and maintained it until her four surviving children were grown and educated. In addition to Louis, Ralph was a journalist in New York; Ernest, an army engineer; and Mary Graves Rees, a portrait painter. Louis was educated in Chapel Hill and at the Bingham School in Asheville. Entering The University of North Carolina, he became a football and tennis star, as well as a member of Zeta Psi fraternity and of Phi Beta Kappa. He was graduated in 1902, the youngest member of his class. Graves's football exploits as a halfback were impressive, and his teams lost only four games in three years. The 1900 team, on which his brother Ernest also played, beat Tennessee, and, two days later, Vanderbilt; the following day it tied the University of the South. In 1901, Graves ran the opening kickoff back 90 yards in the game with North Carolina A and M, and Carolina went on to win 30-0. In 1902, Graves, a senior, led the team in points scored: 42, of which 37 came from kicking.

After his graduation in 1903, Graves joined his brother Ralph in New York on the staff of the New York Times until 1906. For several years he was with Ivy Lee's public relations firm and did free-lance writing. About 1913 he became active in New York city government, joining the Mitchell-McAneny administration. He served as an assistant to the president of the Borough of Manhattan and the Board of Aldermen. In 1916, Graves was appointed a member of the Mayor's Committee on National Defense; subsequently he wrote the committee's report, entitled "The Mobilization of the National Guard, Its Economic and Military Aspect." In 1917, he became a captain in Company I, 324th Infantry, 81st Division. He served in France and with the army of occupation in Coblenz, Germany, until 1919. In unpublished memoirs, Graves wrote that the notion of returning to Chapel Hill occurred to him in the winter of 1919. He was then with the Press Section, GHQ, in Coblenz with little to do except take walks and talk to colleagues. The city government job was gone and the free-lance writing he had done did not pin him down to a New York location. Moreover, he was still a bachelor with no fixed base. 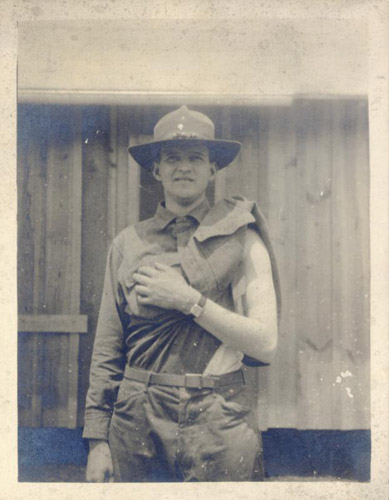 In 1921, Graves accepted a position as the first professor of journalism at The University of North Carolina and as head of the university's news bureau. On 2 Mar. 1923, however, the first issue of Graves's newspaper, the Chapel Hill Weekly, was published. With his newspaper established, Graves resigned from the university in 1924 to serve as editor and proprietor until 1954, when he became contributing editor.

The Chapel Hill Weekly became a noted example of a small-town newspaper and of personal journalism. It contributed significantly to the gracious life of Chapel Hill and, through the editorials and the "Chapel Hill Chaff" columns, Graves made important and penetrating comments on many topics. In addition, he contributed often to Atlantic Monthly, Saturday Evening Post, American Review of Reviews, American Magazine, Century Magazine, New York Times Magazine, Harper's Weekly, Leslie's Weekly, Metropolitan, Ladies Home Journal, The New Republic, Harper's Monthly Magazine, World's Work, and other magazines. His writings also appeared in various newspapers and in volumes of collected essays.

In June 1921, Graves married Mildred Moses. "Mim," as she was called, served as a full-time volunteer for the Weekly and was largely responsible for "Neighborhood Notes." The couple lived in a secluded house on the corner of Hooper and Battle lanes. The book- and paper-laden living room looked out on a delightful small garden with birds flocking around the St. Francis of Assisi, a sculpture by Arnold Borden. The brick in the wall that surrounded the house was made before 1800 in a kiln located about where Wilson Library now stands. The Hillsborough flagstones in their walk inspired the state geologist to recommend them to Duke University as building material for its initial buildings.

A favorite pastime of Louis Graves was tennis. While a student at The University of North Carolina, he won championships in both singles and doubles. He was on the AEF team in 1919, touring Europe and England, and became a lifetime member of the West Side Tennis Club in New York. In Chapel Hill he played frequently as one of a regular foursome.

In the spring after his death at age eighty-two, Graves was buried in the old Chapel Hill Cemetery.