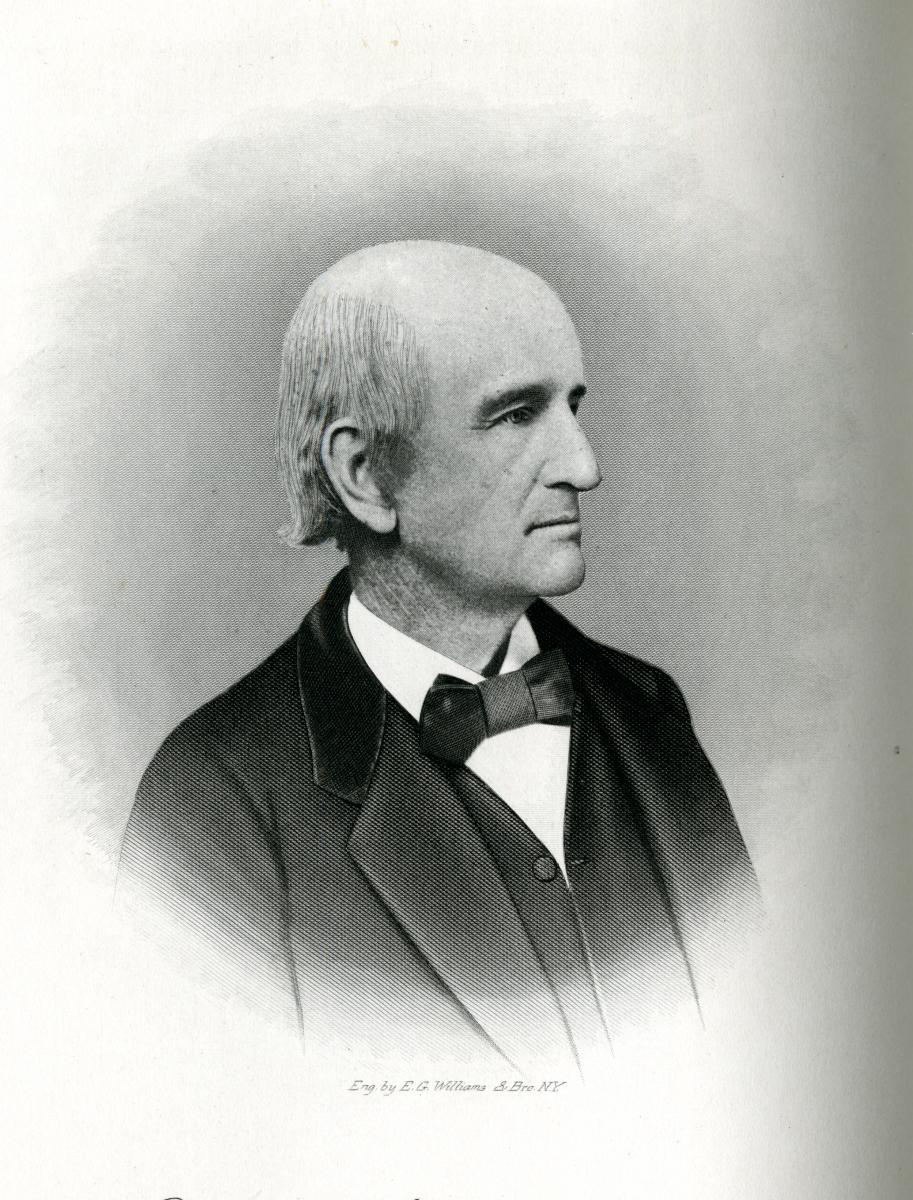 John De Berniere Hooper, educator, was born at Smithville (now Southport), the second son of Archibald Maclaine and Charlotte De Berniere Hooper. He was called by his middle name of De Berniere or, by family and friends, simply "De B." Hooper's paternal ancestors were prominent citizens of North Carolina, and his mother's father, John De Berniere, was a British Army officer of Huguenot ancestry who brought his large family to North Carolina to be near his wife's brother, Edward Jones.

Hooper grew up in Wilmington with well-educated parents, who managed to send their children to good schools despite the father's financial misfortunes. Through the interest and support of a cousin who was a prosperous widow, he entered The University of North Carolina as a freshman in the middle of the academic year 1827–28. Hooper quickly rose to the top of his class and maintained the position throughout his student years, graduating in 1831 as the only member of his class to achieve the highest grades in every field of study. In addition to excelling in the usual classical course, he was fortunate in studying French with Nicholas Marcellus Hentz, the only native Frenchman to succeed as a professor of French at the university during the antebellum years. Languages were always his special interest, and his contemporaries testified to his proficiency in the French language and literature.

After graduation Hooper remained at Chapel Hill as a tutor in languages, hoping to find time to study theology in preparation for the ministry. At the end of 1833 he left the university to become assistant to Joseph Green Cogswell, headmaster of the new Episcopal School for Boys in Raleigh. His relationship with Cogswell was friendly, but he was dissatisfied with the school's discipline and with his heavy work load, which left no time for private study. But the need to contribute to the support of his parents kept him at his post, and he eventually gave up hope of entering the ministry.

When Cogswell left the school in 1836, Hooper refused to replace him permanently but agreed to be acting head of the institution for a few months until a new headmaster arrived. In July 1836 he was appointed professor of modern languages at The University of North Carolina, and in 1838 he was promoted to professor of Latin. In 1843, he again assumed responsibility for instruction in French in addition to the advanced work in Latin.

On 20 Dec. 1837, Hooper married Mary Elizabeth Hooper, who was doubly related to him as the daughter of Professor William Hooper, his father's cousin, and of Frances Jones Hooper, his mother's cousin. In 1848 he and his wife left Chapel Hill to join her father in farming and conducting a school for boys near Littleton in Warren County. The venture was only moderately successful, and the older Hooper left for other work in 1852. De Berniere remained until 1860, when he joined his brother-in-law, Thomas C. Hooper, in conducting the Fayetteville Female Institute. In 1866 he once more became associated with his father-in-law at the Wilson Female Institute. When The University of North Carolina was reopened in 1875, he was appointed professor of Greek and French. As the enrollment increased, he and the professor of Latin and German asked to be relieved of their responsibility for modern languages; their request was finally met in 1885, when the university had additional resources. The change came too late to benefit Hooper, who became ill in the summer of 1885 and was given a leave of absence by the trustees. In October he tendered his resignation, effective at the end of the year, and he died at his home in Chapel Hill the following January.

Hooper's students and colleagues testified to his fine qualities as a teacher and his superior scholarship, but he was content to serve in North Carolina, refusing to consider a position at the University of Mississippi at the urging of his former classmate, Jacob Thompson. His teaching responsibilities were always demanding and, in accord with the custom of his day, he was not expected to be a productive, publishing scholar in the modern sense. He therefore attained no wide national reputation and left no list of publications to impress later generations. His contemporaries recognized his worth, and the trustees of The University of North Carolina placed a tablet in his honor in Memorial Hall at their own expense, in contrast to their usual practice of using such tablets as a fund-raising device for which relatives were expected to pay.

Friends praised Hooper's taste and critical ability, his wit and humor, his modesty, kindliness, and high standards of personal conduct. He was an active member of the Protestant Episcopal church. His funeral was held at Christ Church in Raleigh, where he was buried in the Oakwood Cemetery. He was survived by his wife, who lived until 23 June 1894, and by four children: Helen (m. James Wills), Fanny (m. Spier Whitaker), Henry De Berniere (m. Jessie Wright), and Julia (m. Ralph H. Graves).

Hooper's personal appearance was described as "delicate and elegant." There is an engraving of him in Ashe's Biographical History.