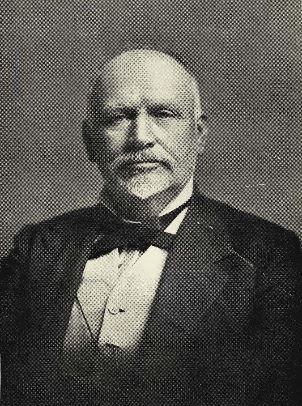 Theodore Fulton Davidson, lawyer and politician, was born in Haywood County, one of eight children of Allen T. and Adeline Howell Davidson. His father, also born in Haywood County, was a lawyer and president of the Miner's and Planter's Bank at Murphy, a member of the Secession Convention of 1861, and a representative from his district in the Confederate Congress. The Davidson family was Scotch-Irish and moved to North Carolina from Pennsylvania. Theodore's great-grandfather, William Davidson—a Whig and Revolutionary War patriot—was instrumental in the formation of Buncombe County. His son, the grandfather of Theodore Fulton Davidson, settled on a farm in Haywood County after marrying the daughter of Captain David Vance, leader of Continental troops in the Revolutionary War.

Davidson began preparation for college by studying under Colonel Stephen Lee, cousin of Robert E. Lee, in Asheville. When the war broke out, he was a naval cadet at Annapolis; however, he returned to North Carolina on 16 Apr. 1861 to enlist as a private in the Buncombe Rifles, the first company organized in North Carolina west of the Blue Ridge Mountains. At age sixteen, Davidson was one of the youngest members of the Confederate Army from North Carolina. When this company, headed by W. W. McDowell, disbanded, Davidson reenlisted as sergeant major in Company C, Thirty-ninth Regiment, under Colonel David Coleman. After the Battle of Murfreesboro, he became a commissioned aide to General Robert B. Vance, commander of the military district of Western North Carolina. Later, he served as assistant adjutant general on the brigade staff successively under Colonel John B. Palmer and General James G. Martin.

When peace came in 1865, Davidson resumed his studies under Colonel Lee; at the end of the year, he commenced a three-year study of law under Judge J. L. Bailey of Asheville. In 1868 he formed a partnership with his father that lasted until the latter's retirement in 1882. From 1867 to 1868 Theodore Davidson was the solicitor for Clay County, an office that was abrogated by the new Constitution. He served as chairman of the Democratic Executive Committee of Buncombe County from 1872 to 1882; he was also chairman of the Democratic Congressional Committee for the Ninth District during the same period. In 1878 he was elected to the state senate and reelected two years later. In the legislature, he was instrumental in promoting the extension of railroad construction in North Carolina and, in 1879, was appointed director of the Western North Carolina Railroad for the state-at-large. In 1881 he was named a director of the Western North Carolina Insane Asylum.

In 1882 Davidson was appointed judge of the criminal court of Buncombe County, a post he held until his election to the state attorney general's office in 1884. He was reelected to another term as attorney general in 1888. In that position he succeeded in simplifying and improving the administration of criminal law in North Carolina. From 1891 to 1892 he also served in the state legislature, and in 1895 he was elected mayor of Asheville.

Affectionately called "General" by his friends, Davidson claimed he was a "pure Thomas Jefferson Southern rebel, and an unreconstructed democrat." He was a member of the Masonic Order and the Asheville Club. An Episcopal layman, he was chancellor of the western diocese of the Episcopal church. He was a trustee of St. Mary's School for Girls and a founder and trustee of Weaver College. He was also interested in history, and a number of his addresses were published. In addition, he contributed to Ashe's Biographical History and to Dowd's Life of Vance. In a pamphlet reprinted from the Asheville Citizen entitled "Reminiscences and Traditions of Western North Carolina," Davidson recalled historical anecdotes covering everything from the Buncombe Rifles to the Catawba grape.

On 6 Nov. 1866 Davidson married Sallie K. Alexander, who died in July 1887. On 12 Oct. 1893 he married Sally L. Carter of Raleigh. There were no children by either wife. Davidson was buried in Riverside Cemetery, Asheville.